Robert Spicer draws together some key cases in the area of workplace stress. 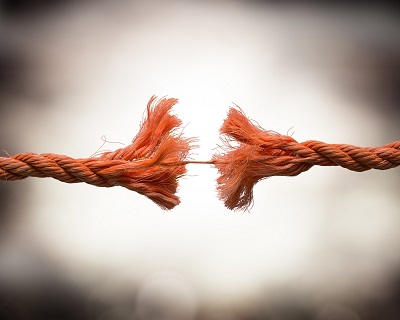 There is no accepted legal or medical definition of stress. The widest definition of stress is anything which makes a person tense, angry, frustrated or unhappy. This clearly includes workplace pressures. Stress is said to result from a state of imbalance between the demands experienced by individuals and their capacity to adjust to those demands. Where demands are beyond a person’s capacities, then a state of stress is likely to result.

In 1991 Ichiro Oshima, a Japanese worker, committed suicide at the age of 24. He had not had a day off for 16 months and slept on average between 30 minutes and two hours each night. He set three alarm clocks to wake him for work. A Japanese court ruled that his suicide was the result of overwork. His employers were liable. This case is quoted as one of the most extreme recent examples of the effects of workplace stress.

Work-related stressors which may trigger stress reactions include:

The legal implications of work-related stress fall into two broad areas, as follows.

One example of the development of these issues is the Court of Appeal case of Brown v London Borough of Richmond upon Thames (2012).

B claimed compensation from L for work-related stress. At first instance, his claim succeeded. The judge found that B had suffered stress associated with his work that had harmed his mental health and led to a breakdown at the end of June 2003. The judge found that the effect of L’s negligence was limited to 12 months from his last working day and that the causative effect of any breach of duty ceased at the end of 2004, being superseded from that point by the effects of the breakdown of his marriage.

The main point of the appeal was the cut-off date for the award for loss of earnings. On B’s behalf, it was submitted that the award should have continued beyond that date. Another issue was the relationship of the stress at work aspect to the fact that, during the relevant period, B suffered the traumatic breakdown of his marriage.

The Court of Appeal decided the following.

The Brown case is one in a long line of decisions that is generally recognised as having started in 1990 with the case of Johnstone v Bloomsbury Health Authority, involving the hours worked by hospital doctors, where the Court of Appeal ruled that employers are under an implied duty to take reasonable care not to injure their employees’ health. This applies to physical and mental health.

The landmark decision in this area of law remains Sutherland v Hatton and Others (2002), where the Court of Appeal ruled that the general principle is that employers should not have to pay compensation for stress-induced illness unless such illness was reasonably foreseeable. Employers are normally entitled to assume that employees can withstand the normal pressures of a job.

The court set out a number of practical propositions for future claims concerning workplace stress, including the following.

The Sutherland case remains the starting point for any potential personal injury claim related to stress.