International Women’s Day is celebrated on 8 March, with this year’s theme being #ChoosetoChallenge. Beverly Coleman considers whether a bolder approach to a career in safety can change the safety sector from being male-dominated to one that is more gender diverse. 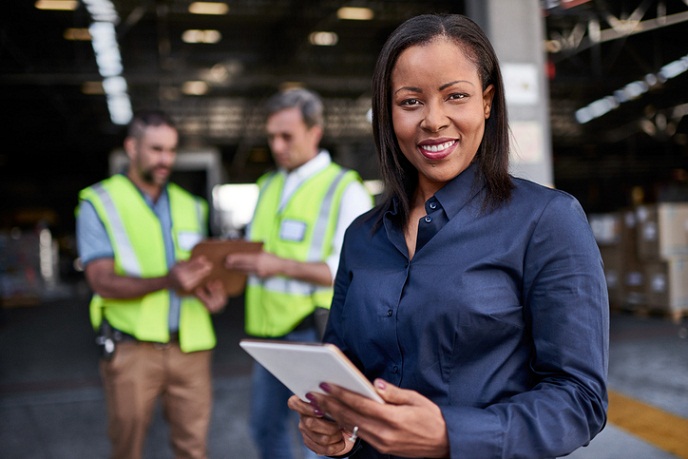 Think of a safety professional and what image first comes to mind? Probably not that of a female safety director, or manager or even officer. There are women who are in such roles and making a great impact but, compared to their male counterparts, the numbers still remain low. International Women’s Day seeks to shine a light on the many achievements of women across the globe as well as to continue to highlight the areas of inequality that still exist.

The last HSE Insights Survey from recruitment consultancy Acre in 2018 revealed that the gender split ratio in the HSE field at that point was at 3:1 in favour of males, while the pay gap was 18%. The employment rate for women in the EU is approximately 62% versus 75% for men, yet the World Economic Forum predicts the gender gap won’t close entirely until 2186. If you think that International Women’s Day has been observed on 8 March since 1913, another 165 years is a long time to wait.

There is the perception that the safety sector is an old boys’ club, made up of middle-aged men adorned in high-visibility jackets, wielding a clipboard and prohibiting workers from doing things. In fact, safety is not about stopping people from doing things, but about managing risks so that people can do things safely, and there are many women who are flourishing in safety and several who have made a huge impact. Take Dame Judith Hackett, former Chair of the Health and Safety Executive (HSE), and Sheila Pantry OBE, former Head of Information Services at the HSE and winner of IOSH’s lifetime achievement award, as two examples.

To change this perception and the gender landscape of the sector, it is important that women who work within it gain the praise and promotion they deserve and build networks with other women in safety to promote the sector. As seen with other male-dominated careers — engineering, finance and construction — an equally passionate drive is needed to encourage girls still in education to consider embarking on a career in health and safety.

The first step to making safety a more gender diverse industry is for women to gain entry into it. There are many routes into a career in safety and due to the range of roles under the safety umbrella, there are many qualifications and disciplines that will open doors.

A safety-related qualification will equip a candidate with a good foundation. Becoming a safety champion is another avenue to take, which comes with basic health and safety responsibilities. Safety champions attend meetings with safety advisors and represent their colleagues, while acting as additional eyes and ears for the health and safety team. Roles also come with the opportunity for basic training. Joining a safety committee will put women employees in a position to influence the decision-making process. Employee and union representatives are also in a great position to gain safety experience to add to their CV.

Many non-safety roles already place health and safety responsibilities on workers such as surveying, designing, facilities and events management roles; the postholder will already have safety knowledge and transferrable skills that can be built upon should a career change be considered.

What cannot be ignored is the existing pay gap between men and women. According to the Office for National Statistics (ONS) in 2020, the average hourly earnings of men was 15.5% more than women. The pay gap affects all sectors and in safety it is estimated that women are paid around £10,000 less than men in the same roles. This factor will make a career in safety less attractive to women.

Although the Equal Pay Act was introduced in 1970 and has had an impact on the employment rate of women in the UK, there still is some way to go to achieve gender parity. As with other male-dominated industries, women are not being promoted to positions of seniority that would enable them to make key safety-related decisions as well as to get paid better for it. Employers have a role to play in equipping women with the necessary skills and training required for a career in safety and in encouraging them to even consider safety roles.

Good safety professionals, regardless of gender, want one thing — to ensure that workers remain safe and well and leave work in the same healthy condition in which they arrived but there are differences between men and women that cannot be ignored. Our biological differences, the type of jobs women typically undertakes and the associated hazards all need to be taken into consideration. Research carried out by the Equality and Human Rights Commission and Department for Business, Innovation and Skills found that 4% of mothers questioned left their job because of a failure to tackle health and safety risks, which could equate to up to 21,000 UK women a year. It’s not to say that male safety practitioners cannot take the health and safety of new and expectant mothers seriously, but this is an example of the need to have women in safety roles in the workplace who can represent their female colleagues.

Reasons to consider the sector

A job in the sector is both challenging and rewarding. The challenges can include gaining buy-in from colleagues and senior management, maintaining a positive safety culture and ensuring that safety is always seen as being just as important as profit. After all, effective safety management results in increased productivity, profits and reputation.

No two days are the same in safety. Accident investigations, inspections, training delivery and risk assessment are the tip of the iceberg. The safety practitioner knows that their work and efforts contribute to the health, safety and wellbeing of their fellow colleagues and those that may be affected by their organisations’ acts or omissions. And there is still a lot of innovation going on in the sector, not least due to a shift in focus onto health and wellbeing.

Women thinking of embarking on a role in safety should consider the impact their role will have on not just fellow female colleagues, but all colleagues whose working lives are made better by their decisions. Only by entering and working within the industry will women be able to change how the safety practitioner is viewed and make it a more inclusive environment.

Benefits of a gender diverse workforce

Having a diverse workforce has a positive effect on reputation, both internally with employees and externally with stakeholders and future investors, and has been shown to increase productivity by up to 25%. Employee engagement and performance can also improve in an environment where all feel represented with their specific health and wellbeing issues being considered. Ultimately this has a knock-on effect on staff retention and safety culture, not to mention productivity and profit.

International Women’s Day acts as a reminder that there is still plenty of work to be done to ensure workplaces are equal. Help by celebrating women’s achievement. Raise awareness against bias and take action. Choose to challenge.