Why is being a construction worker a more dangerous profession than working in agriculture, offshore oil or deep-sea fishing? Roland Finch investigates. 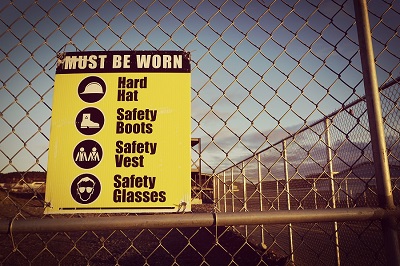 Construction is a dangerous business to be in. It has an unenviable record for injuring and killing its participants. It regularly comes top of the Health and Safety Executive (HSE) table of statistics for fatalities and serious injuries.

Why is construction dangerous?

There are several possible explanations that come under consideration: it is often argued that a lot of construction work is carried out at height, in confined spaces, with vibrating tools or in dirty or dusty conditions. The exposure to hazardous substances including chemicals or asbestos is cited as a contributory factor, as is working in noisy conditions.

However, that doesn’t appear to tell the whole story. Although the HSE consistently records falls from height as the most common cause of fatal injury to construction workers, other industries involve this kind of work on a regular basis. In fact, the HSE records that over half of non-fatal construction-related injuries are caused either by slips and trips or handling, lifting and carrying.

While it is probably true that falls from height are more likely to kill people than just injure them, and this will be reflected in the statistics, it doesn’t seem to back up the proposition that height, noise, dirt and dust or complex tools by themselves play a significant part in the construction industry figures.

The construction industry also manages to kill a significant number of members of the public, who are not usually involved in the activity at all.

There are, of course, a number of reasons why construction sites should be such dangerous places. First among these is the combination of risk factors. While many other industries involve work at height, or moving vehicles, hazardous materials or complex tools, it is arguable that few use them in the same combination that our industry does.

Add to this the fact that much construction work is done in challenging environments; working outdoors, with the collective effects of weather and temperature; sometimes in confined spaces, while poor lighting or visibility all add to the overall risks.

There are, however, two further circumstances which are more prevalent in construction than other industries, and which may go some way to explaining where the main problems lie.

First of all, the make-up of the construction industry is probably unique. As time has gone by, it has undergone significant changes. The image of yesteryear, where the majority of work was typically undertaken by a “general building contractor” which directly employed all its tradespeople, has largely vanished. This has been gradually replaced by a state of fragmentation, where each part of the work is undertaken by a “specialist” subcontractor, often a small business or self-employed individual.

Second, the construction industry has a significant number of casual workers. Many of these do not have English as a first language, which can present basic barriers, as well as more difficulties with communication and training in technical matters.

One of the consequences of this arrangement is that the organisations carrying out the work are invariably smaller companies, and they simply don’t have the same capacity to provide anything other than basic supervision, training and advice, particularly when it comes to health and safety matters.

The statistics appear to indicate that the places with the best safety records are those controlled by larger organisations, or those overseen by the public sector.

It is probably self-evident that these are more likely to have the resources and incentives to ensure their workers are appropriately trained and protected. It is also probably fair to say that they have the most to lose from a reputational perspective.

Over the years there have been a number of initiatives to try and reduce the accident statistics; To start with, the threat of legislation was brought forward, with the introduction of Acts such as the Corporate Manslaughter and Corporate Homicide Act 2007, which strengthened the existing law.

However, as is usually the case, probably the most influential changes have been brought about by organisations themselves.

What are the costs?

The concept of Corporate Social Responsibility (CSR) — in its broadest sense, businesses giving something back to the community — has been around for a long time. This precise phrase was first used in the 1950s.

It is true to say that, more recently, there has been a focus on the benefits of having an engaged and committed workforce — and what better way to start than to avoid killing and injuring them? Larger businesses have discovered that there is considerable advantage in presenting a good image to the public, as well as potential clients, business partners and employees. Positive public perception, reputation and goodwill are valuable assets, just as a negative perception reputation can be seriously detrimental when it comes to the business of winning work.

At the same time, the Government has also taken up the challenge, in response to pressure from all sides, to significantly increase the penalties for health and safety infractions.

Given the choice between bad press and large fines, or even imprisonment, it is easy to see why the CSR route might be particularly attractive.

Another perhaps more obvious reason for contractors and subcontractors to clean up their act with regard to health and safety is one which relies on simple economics.

In theory, the consequence of fewer accidents and injuries will be lower employer’s and public liability insurance premiums. Fewer claims make for a better risk profile, so insurance cover becomes more affordable.

Still a way to go

Most observers would agree that where health and safety is concerned, the savings realised by good practice probably always outweighed any financial costs of implementation, or the costs associated with lost production, medical bills, as a consequence of injuries or worse. If we add to this the value now placed on CSR, the argument becomes even more compelling.

Faced with this kind of evidence, perhaps the only puzzle is that the move toward better health and safety practice didn’t begin sooner or proceed at a faster pace.

It is true that the industry has a great deal of inertia when it comes to change, but after a relatively slow start, this is one area where the improvement has been marked.

Over the last few years, the fatal accident statistics collected under the Reporting of Injuries, Diseases and Dangerous Occurrences Regulations 2013 (RIDDOR) has reduced from a peak in excess of 100 deaths in the year 2000 to 38 during the year ending March 2018, and a corresponding reduction in numbers of long-term injuries from around 5 per 100,000 workers to 1.6 over the same period.

A note of caution, though. The HSE still estimates that the cost to the industry of days lost through illness and injury is in excess of £1.2 billion a year, while the cost of death to those people directly involved is, of course, incalculable.

It should be noted nevertheless, that when compared with other countries and jurisdictions, the UK compares most favourably; it has one of the best records in Europe on health and safety matters.

But there is always room for improvement. It is easy to see, therefore, why any reduction in the numbers can bring huge financial benefits to all concerned.

In particular, the relatives and families of those 38 people who went off to work one day last year and never returned.

See our Health and Safety in Construction — Legal Overview for an overview of the main legal requirements.