NHS and social care staff will be wondering whether Health and Social Care Secretary, Matt Hancock, just announced legislative plans for more disruptive, top-down reform at the worst possible time for healthcare workers in the middle of battling Covid-19, and will question what is in it for social care. Others, like Mr Hancock himself, will say the proposals in his White Paper, Integration and Innovation, could help get rid of barriers that are holding wide ranging services back from working more efficiently and collaboratively. 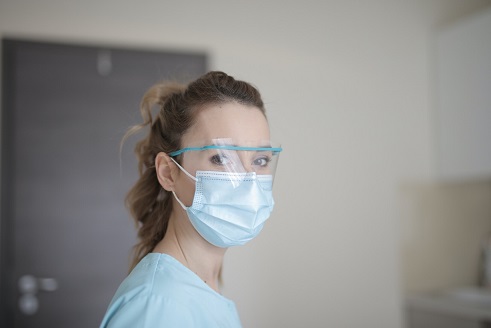 What do the health think tanks think?

The King’s Fund Chief Executive Richard Murray, who has tracked the progress of integration since the NHS Long-Term Plan policies were launched in January 2019, suggests that there is much to welcome in the ambition of the White Paper, including the focus on collaboration and the fact it retains a balance between national prescription and local autonomy. However, he warned that “history of the NHS is littered with reform plans that overestimated benefits and underestimated disruption”.

This could be said of the Lansley reforms of 2012, now considered to have been a top-down, one-size-fits-all approach. But Richard Murray says this White Paper is unlike other such top-down edicts, because it is clear on the key role of local leadership, relationships and trying to leave more to local determination. He added: “Most important in these proposals is the welcome shift away from the old legislative focus on competition between health care organisations”.

The King’s Fund is positive that these reforms mark a decisive move away from some of the encumbrances in the Health and Social Care Act 2012. A draft Bill, to be passed through parliament this year, would remove remaining barriers to collaboration and bring greater integration between the NHS and local government; enable better system-working across providers, primary care, social care and the voluntary sector; and join up care around people rather than around “institutional silos”.

But there are critics who beg to disagree. An opinion piece from Newcastle University researchers, published in the BMJ, suggested the legislation “will do next to nothing to remedy the serious shortcomings highlighted by the pandemic: a depleted NHS, a privatised social care system, with over-centralised, fragmented and part-privatised communicable disease control and public health systems. Joined-up legislation is needed to revitalise local authorities and to rebuild public services.”

Even more concerning, is the British Medical Association’s (BMA’s) warning that clinicians do not have the time in the middle of a pandemic to properly review the proposals.

What will change in systems integration?

The steps towards more integrated care, contained in NHS England’s consultation of November 2020, continued a journey the NHS has been on for many years and looked to build on progress made by the NHS and its partners working together during the pandemic.

The NHS Long Term Plan outlined how all of England will be part of an integrated care system (ICS) by April 2021, then the White Paper heralded much change for people working in clinical commissioning groups (CCGs) as they are to be folded into ICSs by April 2022. This comes with an expectation that systems will streamline commissioning arrangements so that there is typically only one CCG in each ICS.

ICSs are being placed on a statutory footing to provide greater transparency and accountability. They grew out of sustainability and transformation partnerships (STPs), which were formed in 2016 to develop long-term plans for the future of health and care services in geographical areas. NHS organisations and local authorities will take on more responsibility for managing resources, performance and changing the way care is delivered, and local health and care leaders will be freer to make decisions based on the needs of their local populations.

Primary care clinical leadership is at the primary care network (PCN) level, and each ICS board will have GP representatives as well as NHS trusts and local authorities. Specialist clinical leadership will be involved in ICSs, and across provider collaboratives and, where appropriate, at regional and national level.

The King’s Fund's response to the consultation said the challenge will now be to ensure that the activities of the different groups form a “coherent, mutually reinforcing approach” rather than becoming a disjointed or duplicative set of initiatives.

The NHS will come to organise its finances on an ICS footprint so that resources and prioritisation decisions are taken at this level. The intention is to move the NHS to a strategic, outcomes-based approach, continuing the move away from activity-based payments. The Royal College of General Practitioners (RCGP) said GPs must have a “strong voice” within ICSs as they take over the CCGs’ budgets and commissioning powers.

Changes are proposed to competition law, as it was applied to the NHS in the Health and Social Care Act 2012, and to the system of procurement. This means the process of competitive tendering will be replaced, and there will be a consultation on a “bespoke health services provider selection regime” soon. The Government said this will “remove much of the transactional bureaucracy that has made sensible decision-making harder”.

One of the consequences is that a commissioner–provider split, which has traditionally underpinned health policy, is becoming blurred as commissioners work together with local providers to plan care for their populations.

The King’s Fund acknowledged that important questions remained over “exactly where the balance gets drawn between system collaboration and organisational independence”. And researchers from Newcastle University have pointed out that transparency, scrutiny and local accountability could be compromised. They wrote for the BMJ: “The opportunity…for private companies to be either or both members of the ICS NHS body, and commissioned to provide services, is obvious”.

British Medical Association (BMA) Council Chair Dr Chaand Nagpaul stressed that these changes "must not result in a ‘free for all’, with contracts awarded to outsourced providers with no oversight or scrutiny whatsoever”.

The legislative proposals include the full merger of NHS England and NHS Improvement (NHSEI), together with Monitor and the NHS Trust Development Authority. Primary interaction between ICSs and NHSEI will be through a regional tier, and parliament will define in law the mechanisms by which NHSEI will be held accountable by the Health and Social Care Secretary and parliament. The document said: “Our proposals will ensure NHS England, in a new combined form, is accountable to Government and the taxpayers”.

The power of central government will increase as ministers can set the direction of the NHS and intervene earlier in local decisions about the opening and closing of NHS services. Some say this runs counter to the aim of increasing local freedoms to make decisions.

The King’s Fund said the independence given to NHS England was “seen as one of the successes of past reforms” and, while it agrees with clarification around who is accountable for the health service, it warned that “day-to-day clinical and operational independence should be protected”.

What about social care?

Care providers have broadly welcomed proposals to reform the way the NHS functions but urged the Government to press on with reforming social care at the same time. The White Paper defers social care consultations and a new model for funding until later in the year.

It does mention a new duty for the Care Quality Commission to assess local authorities’ delivery of their adult social care duties. Also, building on the experience of the pandemic, there are measures such as connecting health and care through, for example, a shared care record, and using data and digital to transform care.

The proposals say enhanced assurance frameworks for social care will also be developed that will support improved outcomes and experiences for people and their families.

There are, equally, many questions about how integration can be achieved when social services are means-tested but the NHS is free at the point of use.