The construction industry has always been driven by new ideas, but recently the pace of change has increased dramatically, writes Roland Finch. 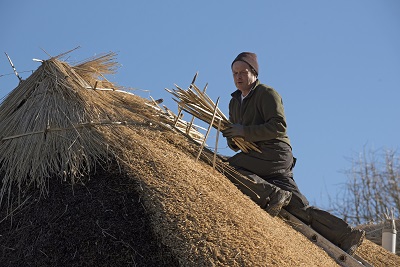 A history of innovation

Construction has always been innovative and ambitious. Even now, historians speculate on the methods or technologies our ancestors used to build great monuments like the pyramids or Stonehenge. Nevertheless, we can be reasonably confident that tunnelling machines, flying formwork or tower cranes would be beyond our ancestors’ wildest imaginings. In fact, things we all take for granted like welding and cutting equipment, and items of construction plant — excavators, piling rigs, earth movers and trucks — would amaze the builders of yesteryear.

It is probably fair to say that, until the last century and a half, the only significant leaps forward were in materials themselves. The Stone, Bronze, and Iron ages were seen as great technological advances, although each of these took hundreds, if not thousands, of years to evolve.

Since then, we have seen the development of materials such as glass, concrete, steel and innovations in their manufacture and use. More recently still, various types of synthetics, vinyls and plastics with unpronounceable names such as polyvinyl chloride (PVC), polymethyl methacrylate (PMMA) and polytetrafluoroethylene (PTFE), have revolutionised the way things have been done.

But in the past 25 years, the real advances have been in the use and application of science and technology.

What is “modern” construction?

There seem to be a lot of references to “modern construction methods” at the moment. What are these modern methods? Many, such as off-site construction and a risk-based approach, are not particularly new; rather, the term “modern” is used to distinguish them from so-called “traditional” methods.

In terms of science and technology, some of the main areas of development are as follows.

With the huge advances in data collection, techniques such as artificial intelligence (AI) and machine learning have come into their own as a means of processing that data. Simulation and modelling of tasks allow users to predict outcomes and make decisions that reduce risks and therefore improve efficiency, as well as health and safety. Some processes have now been automated, while sensors and scanners can accurately measure work that has been done or assist with planning work yet to be carried out. AI and learning algorithms can detect errors and clashes before they are constructed, as well as identifying extras and generating applications for payment. 3D drawings and printing is becoming the order of the day.

One potential problem with all of this, of course, is the need to ensure that the right data is extracted from the mass collected. The question of interpretation has always been an issue — but it can be argued that this also existed in previous approaches. The truth, however, is that with so much data being collected, it is becoming impossible to interrogate it without machine assistance.

The renewed popularity of prefabrication has led to two developments: first, the ability to repeat exactly parts of the work, eg doors, windows, or even bathroom and bedroom templates, with a high degree of accuracy; and second, the opportunity to plan and manage construction in a modular way, so that components can be manufactured offsite in controlled conditions, thereby minimising more dangerous onsite construction.

There will always be a need for some onsite assembly, and certain activities, such as excavation, clearly cannot be undertaken anywhere else, but the more influence that can be exerted over things like environment, lighting, heating and so on, the lower the risk of error or accident.

In addition, the sequence of assembly can be planned and programmed more efficiently, while the use of modularisation means that planned and reactive maintenance can also be made easier, by replacing standard components with others ready to slot into position.

There are a couple of drawbacks to this approach. With larger components, there may be issues around transportation and hoisting into position, particularly on sites where access is tricky. Another potential problem comes about during maintenance: if one component fails, then the whole assembly may need to be replaced, which, it is argued, will increase waste.

The computer games industry is one sector that has seen large technological advances in recent years. Adapting this for use in construction has brought huge practical advantages. Simulators are already used to train pilots, doctors and workers in dangerous and challenging environments, so their application is well known. Users can experience and interact “virtually” with particular circumstances and environments, which assists with planning work and training — perhaps demonstrating how something can be built or showing the sequence of construction.

From a health and safety perspective, there are huge benefits. Workers can practice tasks in a safe environment, before trying something out in the “real” world.

Safety training and equipment operator training are therefore two areas where VR can have a strong impact on the construction industry. With VR, workers could get exposure to, for example, confined spaces or working at height, in a safe, controlled environment. AR brings additional things such as specifications, instructions, site rules and warnings into play, with a digital overlay over a live camera, and can be used “on the job”.

“Digital twins” describe virtual representations of a physical asset, and this technology has massive potential. Simulations can also be made for a variety of scenarios including running costs, traffic flows, energy efficiency, and offer the opportunity to optimise a variety of useage parameters.

Nowadays it seems there is an app to assist with managing every aspect of a construction project, from scheduling and ordering materials to measuring and checking work on site. Mobile apps are also used to monitor workers, and a variety of other information-sharing activities.

With the increasing availability of broadband and wifi, connectivity is improving all the time. This means that communication and information transfer speeds are greatly improved. The ability to interact in real time with designers, clients and contractors means that onsite problems can be resolved much more quickly.

“Smart” watches have become increasingly popular in recent years. But there are many different applications for wearable technology. For example, proximity sensors built into personal protective equipment can be used to warn when dangers are present, perhaps from moving vehicles, obstacles or openings. Another application is “geo-fencing”, where GPS can divide a site into virtual zones depending on things such as work type or hazard presence.

Smart clothing is used to monitor things like the wearer’s temperature, heartbeat or breathing, or for logging repetitive movements, so as to detect the first signs of problems. Other sensors can detect and report changes or extremes in external temperature, humidity, or other environmental conditions and warn when exposure limits have been reached.

Perhaps the most obvious technological advances have been in the world of robots, which allow many repetitive or dangerous processes to be automated. This is particularly noticeable in manufacturing but there are applications on construction sites, too. The use of drones, meanwhile, has revolutionised the way that we can inspect work, while the same technology that brought us robot lawnmowers and vacuum cleaners has been used for moving materials around and, in some cases, carrying out work in areas where it would be difficult for a human to access.

BIM is the glue that links all the technology together. Facilitated by huge advances in computing capacity and processing, we can integrate and interpret all the information into a digital model that is used not only for reference, but to predict a range of outcomes or to set working patterns, etc.

The development and use of technology has increased exponentially over the last few years, at the same time as its relative cost has decreased. Nobody leaving university in the early years of this century had lived in an age without remote control TVs, CDs or desktop PCs.

That all sounds a bit antiquated now, as all three are being progressively replaced by things like virtual assistants, streaming and touch-screen tablets, all with voice activation.

And it doesn’t stop there. The next big invention is just round the corner and coming to a construction site near you shortly.