Roland Finch describes what happens when the insolvency or bankruptcy is declared, and considers the options and consequences. 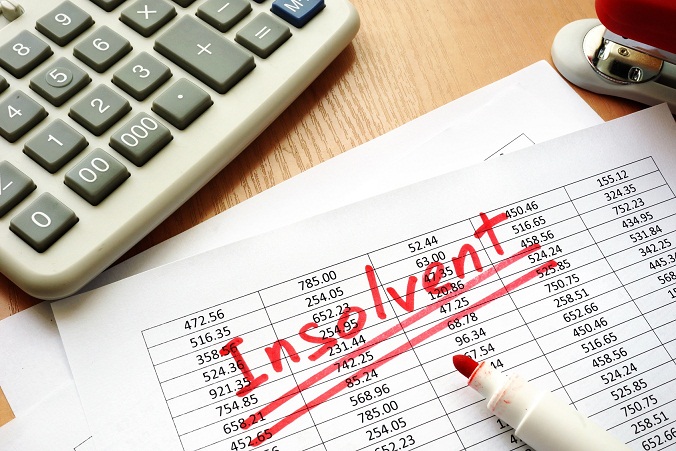 In a recent article, we discussed what a client can do if their contractor “goes bust”. As we noted then, it is a tragedy for all concerned but can easily turn into a nightmare for those caught up in the aftermath.

This feature considers what happens when the insolvency or bankruptcy is declared, while acknowledging that this can come about in a number of ways, and that there are different terms depending upon whether the client is an individual or a business.

In principle, the effects of insolvency of a client are similar to those of a contractor but there are some subtle differences.

“Client” in this context may also include main contractors, if the perspective is that of a subcontractor.

Whereas contractor insolvency invariably centres on getting work completed, client insolvency is more likely to result in contractors and subcontractors chasing payment for work that has been carried out, while making sure that their liability for additional costs is minimised. The same goes for consultants, although some of the remedies available to contractors, particularly those surrounding retention, do not apply to consultancy agreements.

There are tell-tale indicators of financial difficulties if you know what to look for (especially with the benefit of hindsight). These include late payment, part payment, and the deliberate undervaluing of work in some cases — although these can be commonplace in the construction industry even in the good times.

It is a source of frustration to many that cash flow is king, in the sense that many organisations seem to rely on this as a means of making money and late payment is endemic. Thankfully, this has also led to the development of some steps which may lessen the blow of insolvency, as we shall see later.

Following client insolvency, a number of contractual provisions will come into play. It is crucial to read the contract and discover what they are, and how they are to be applied and managed. Make sure you are aware of the contractual procedures so that if, for example notice is to be served, it is served to the correct person at the right address, and most important of all, within any prescribed timescale.

As the saying goes, possession is nine-tenths of the law, and to a certain extent during insolvency this is true. From a practical point of view, if there is anything of value on site — or materials and goods stored off site — they may be used to settle debts, or at least encourage their settlement.

Where responsibility for insurance lies with the client, the cover may cease, so additional protection may well be needed.

If a contractor ceases to trade, the client’s first objective is usually to get the work completed. If, however, the roles are reversed, the contractor is probably less concerned about completing the job than securing payment for the work already carried out.

An obvious early check would be for the contractor to request that the client produces evidence that they have the ability to pay the contract sum. For some reason, however, this is considered impolite, just like the unwillingness to ask people to sign contracts. All parties need to understand that this is quite common business practice in many other sectors. Contracts are there to protect everyone, and if client and contractor are not prepared to commit to one, they probably shouldn’t be working together.

There are couple of other precautions that should be looked at, which use methods that are becoming widely available, albeit one currently more so than the other.

The Housing Grants, Construction and Regeneration Act 1996, as amended, introduced provisions aimed at regularising payment for contractors and subcontractors, including the entitlement to “stage payments”. If the work is likely to last more than 45 days, the contractor is entitled to regular part payment, typically no longer than monthly, and a construction contract must contain an “adequate mechanism” to determine when payments become due and the amount to be included.

Of course, this doesn’t mean the contractor will actually get paid, but the introduction of stage payments should ensure that they are less exposed. “Pay when paid” clauses in construction contracts are specifically outlawed by the legislation.

In addition, stage payments mean that the amount of payment outstanding at any one time should not be more than a month’s worth. (Although, naturally, this does rely on the work being valued fairly, and payments made on time.)

Another tool which many have long campaigned for is the Project Bank Account. In this scenario, the client pays all the money into a separate protected account, and the contractor draws down payment when it is authorised. There may still be some issues with authorisation if insolvency occurs, but at least the cash is ring-fenced between the client and contractor (and possibly subcontractors and consultants, who can also be included in this arrangement). Escrow accounts, where money destined for another party is held in a form of trust, are commonplace in other industries, and are mandatory for people like lawyers and estate agents, so it is puzzling that the same provisions are not widely adopted in the construction industry.

Finally, it has long been the case that retention money is recognised as belonging to the contractor, and many contracts place a duty on the client to keep it in a separate account so that in the event of insolvency, it cannot be seized to pay off the client’s debts.

Nevertheless, it is not always top of every contractor’s “to do” list to check that this rule has been complied with. It is worth checking.