Innovation may once have been the product of good luck plus “one percent inspiration and ninety-nine percent perspiration”. Now it is a strategic element of economic successes that must deliver continuously. Which means that innovation itself is undergoing a make-over, reports Jon Herbert. 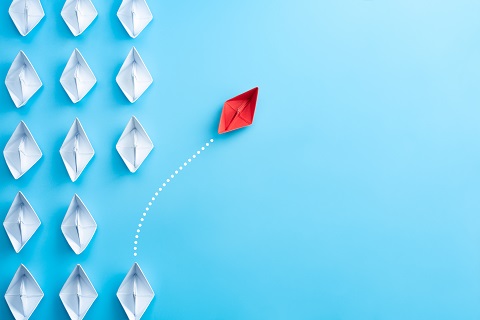 Forget absent-minded professors — although deeply pensive academics do qualify. Innovation that breaks the mould of what has gone before cannot be left to chance and a great deal of thought at many levels is going into making sure that it isn’t.

The drive to produce an uninterrupted stream of original and advanced technologies is accelerating as the global economy faces mounting economic pressures, the UK revises its relationship with Europe and other leading nations, and the world trade pecking order realigns.

Innovation is, however, about more than new technologies and products. To help improve productivity, the focus needs to be less on product innovation and more on business innovation — the way we do things — in the view of Harvard and Stanford high-performance entrepreneurship and venture financing expert, Dileep Rao.

He thinks a key problem lies with many business start-ups, business schools, consultancies and universities that over emphasise product innovations which are vulnerable to being copied and improved long before development and manufacturing costs have been recouped. Commercialising ideas can be a long journey where many third parties have to be convinced, from investors to producers and end-users

Meanwhile, some 99% of “unicorn” entrepreneurs with $1 billion sales succeed, not because of product but, because of business innovation — their business strategies are stronger than their competitors’ powers to imitate.

For small companies that need to create a business around new products, successful innovation can be an all-or-nothing policy. There also needs to be enough fat on the carcass to design, test, manufacture, market, learn and move on positively from plenty of mistakes. Having a portfolio of innovations can be a safer strategy; collaboration reduces risks and boosts success ratings. It is important not to be insular.

Small can be good

The Federation of Small Businesses (FSB) identifies the slow diffusion rate of innovation as a key cause of lower productivity and believes that small businesses can play a critical role in speeding this up. SMEs innovate regularly, it adds, but need more support to introduce significant “new-to-firm” innovations, including leadership, management capabilities and digital technologies.

FSB research shows that 76% of SMEs have used some form of innovation in the last three years; 95% installed new-to-firm innovation, which is defined by the OECD as “an existing product, service, process, organisation or method, whose performance has been significantly enhanced or upgraded”. It also notes that 30% of SME suppliers receive innovation productivity improvement help from their larger customers.

FSB also sees the UK’s Industrial Strategy as extremely important in raising public/private R&D spending to 2.4% of GDP by 2027 and 3% in the longer term. However, it says 40% of its incorporated members using new-to-market innovations were unaware of R&D tax credits, what they mean and how they work, with system simplification, less administration and clear sign-posting. The “go-to-agency” for all sectors in “new-to-market” innovation is UK Research and Innovation (UKRI).

Working closely with universities, research organisations, businesses, charities and Government, UKRI’s mission is to create an environment in which research and innovation flourish — while also delivering parts of the Government’s “no deal” Brexit planning. With a budget of more than £7 billion, UKRI brings together seven research councils, Innovate UK and Research England.

Specifically, it supports, and helps to connect, UK researchers, innovators, customers, end-users and the public to push the frontiers of human knowledge and deliver economic growth/prosperity, plus cultural gains in an “enriched, healthier, more resilient and sustainable” society.

As the UK’s innovation agency and part of UKRI, Innovate UK’s delivery plan includes pointing funding towards de-risking, enabling and supporting innovation. To date, it has helped circa 8500 organisations create some 70,000 jobs in more than 11,000 projects to add an estimated £18 billion to the UK economy. Its particular mission is embedded in four grand challenges defined by the Government.

The first of its four main priorities addresses problems of an ageing society, with the aim of enabling people to enjoy five more years of healthy independent life by 2035. The second looks at the future of mobility, with transport now a major area of household spending that must meet economic, environmental, health, housing priorities.

The third priority, of clean growth, is a wide-ranging area. It includes transforming construction from a labour-intensive low-productivity sector by learning from strong areas like the UK automotive sector. The fourth is the AI and data economy — examples quoted recently include robots working in nuclear waste environments or thousands of metres underwater, plus many cross-cutting aspects of machine learning.

In May 2019, the UCL Commission on Mission-Oriented Innovation and Industrial Strategy (MOIIS) released a report setting out how these systemic problems can be met by Government acting as the “investor of first resort rather than just … a lender of last resort”.

This report also looked at crowd-funding, a digital low risk innovation helping new inventors to circumvent traditional financing obstacles. Scottish design engineers, Andrew Flynn and Martin Keane, were reported in August to be using it to launch their flat pack self-watering plant pot made from 100% recycled materials which they say is 100 times more carbon efficient than traditional pots and can be delivered by post. They add, "We're always thinking about the next idea in the pipeline.”

Through the challenge fund the Government aims to raise UK productivity and wage-earning power by increasing R&D funding by £4.7 billion over four years to strengthen UK science and business.

Oxford, Cambridge, Leeds and the North

A recent Northern Powerhouse independent economic review focused in on the North’s prosperity, productivity gaps, competitive advantages and sector strengths. In terms of innovation, it identified that the North has primary strengths in advanced manufacturing, energy, health and digital technology. While the region is too large to be treated as a single cluster, individual clusters are taken into the national funding model.

Meanwhile, Leeds has been chosen to host a major international innovation programme in January 2020 with the famous Massachusetts Institute of Technology (MIT); the programme has already helped Beijing, Tokyo and Qatar shape their economic and societal policies. MIT has identified the Leeds region as being “significant strategically” for the UK economy.

Innovation is essential for UK economic success and meeting wider environmental and societal challenges. SMEs have a high rate of innovation implementation but need to be more aware of R&D grants, plus how these can be accessed and used.