Opeyemi Ogundeji, researcher and employment law writer at Croner-i, considers the idea of a four-day week exploring its pros and cons. 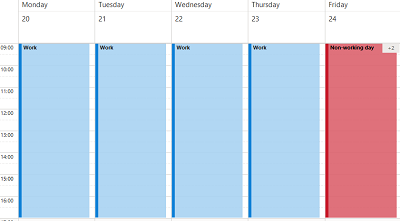 After several cross-party MPs urged the Government in June 2020 to consider legalising a four-day week, news reports have continued to explore the idea of what this would mean for both employees and the employer’s wider business.

Many believe, much like the cross-party MPs mentioned above, that the coronavirus pandemic has opened a gateway for an achievable reduction of the five-day working week. In fact, the MPs, including former shadow chancellor John McDonnell and Green MP Caroline Lucas, wrote to Chancellor Rishi Sunak back in June 2020 saying: “Work patterns have already been dramatically altered as a result of the pandemic and we believe the time is now right to explore putting a four-day, 30-hour working week (or any equivalent variation) front and centre — including protections for those on low incomes — as the country unites behind building back better out of this crisis”.

The MPs also raised the point that 75% of UK employees supported the idea of a four-day week pre-pandemic as it promotes “better mental health and wellbeing, work [is] shared more equally across the economy, greater productivity at work, and the potential to engage in more environmentally sustainable behaviours.”

On the contrary, a study conducted by the Wellcome Trust into this issue found that giving staff Fridays off work would be too complex to implement. The organisation went further to state that questions arose from the study as to how part-time work would operate, if outsourcing partners would need to be granted the same conditions, and how employers would respond to growing demand. These are all very important question which pose operational complexities that work against the idea of a four-day week.

While it is easy to completely disagree with the notion, it can be argued that both sides of the debate have points which, if brought together, can be worked out to some form of compromise — after all, the four-day week has been supported by the TUC and the Labour Party which possibly adds to the strength and credibility of the proposing side. As it stands, many workers will have been working remotely since the start of the pandemic in March 2020 with some employers able to achieve this despite not having suffered a decline in demand for their services. Similarly, a lot of these employers would have chosen to furlough some of their workers for any number of reasons, a move which would have also been deemed too operationally complex pre-pandemic.

While this pandemic may not have necessarily shone a light on how effective a four-day week would be, or otherwise, it has shown that a widespread acceptance of flexible working could be a useful tool in rolling out a four-day week — or at least in assessing the effectiveness of it; but how much would it cost to eventually get to a point of replacing the current five-day week with one less working day?

How economical is it?

The Centre for Policy Studies suggested in 2019 that a reduction of working hours, if championed by the Government, may cost taxpayers £17 billion. It argued that productivity must first be raised before reducing working hours, going further to say that “public sector productivity growth over the last couple of decades has been almost static”.

Conversely, a report by the independent thinktank, Autonomy, has revealed that working a four-day week on full pay could prove economical. Taking profitability statistics from over 50,000 organisations, Autonomy has found that most organisations with over 50 workers would be able to afford reducing their working week by one day. This is because, the report shows, that the overall productivity and price increases would offset the reduction in working days. However, it would need to be phased to avoid cashflow problems by sectors with high labour costs.

The thinktank therefore recommends that a change in working days and hours would need to be led by the public sector and notes that doing this may be able to support the UK’s continuing recovery from the pandemic. Both sides put forward valid arguments, but it should be noted that some employers have already begun implementing a four-day week and some are yet to begin but hope to do so soon.

Some employers have been able to successfully implement a four-day week; organisations such as the communications company Synergy Vision and a public relations company Radioactive PR.

The CEO of Synergy Vision has found that reducing working days and hours has saved the organisation recruitment, training and onboarding costs due to retention having improved. A four-day week has also proved to be a useful selling point for recruiting into the business.

Popular global consumer brand Unilever announced in 2020 that it would be implementing a year-long four-day week trial in its New Zealand branch by changing the way its employees work and by not increasing the number of hours they work within the four days. If successful, it says, this will be rolled out globally.

The UK may still be a long way from implementing a four-day week, especially as it continues to battle with the coronavirus pandemic. The arguments for and against the move are both powerful enough to perhaps warrant a discussion about the best way to move forward — should working hours be kept the same, strengthened/increased, or reduced?

Employers will have to wait for the current Government to put forward its own argument on the debate and whether it would consider reducing working days and hours; but this does not prevent employers from taking the decision themselves in the meantime.

What conclusion would you make about implementing a four-day week?