Laura King looks at the definition outlined by the UK Green Building Council and considers the pivotal role these industries play in achieving net zero. 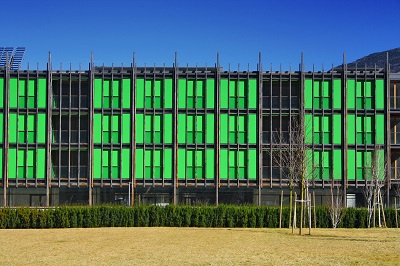 There is an unprecedented push to address the climate crisis. Public, as well as scientific opinion is behind the drive, which has led to the UK Government declaring a climate emergency and becoming the first major economy to legally require the country’s greenhouse gas emissions to be net zero by 2050.

Since the Government passed the revisions to the Climate Change Act, the phrase “net zero” has become more commonplace, with a slew of businesses outlining their intentions to address their impact and end their contribution to global warming.

Although everyone has a part to play, professionals operating within the built environment sector are at the sharp end of potential carbon reductions, offering some of the most cost-effective opportunities to decarbonise. The operation of buildings, namely through heating, cooling and electricity use, is thought to account for around 30% of the UK’s emissions. Also critical are the embodied emissions in construction materials — in a new building, for example, these can amount to as much as 50% of the building’s carbon emissions over its entire lifetime. Moreover, the world’s building stock is expected to double by 2060 as the global population grows — this fact alone makes it plain that the construction and property industries have a considerable role to play, both now and into the future.

Carbon in the built environment

Many sectors involved in the built environment recognise their contribution. For example, both structural engineers and architects have declared a climate and biodiversity emergency, stating that “meeting the needs of our society without breaching the earth’s ecological boundaries will demand a paradigm shift in our behaviour. Together with our clients, we will need to commission and design buildings, cities and infrastructures as indivisible components of a larger, constantly regenerating and self-sustaining system in balance with the natural world”.

A number of firms across the UK have signed the declaration, pledging to change working practices to make the radical shifts needed within the industry.

As well as addressing the climate emergency, greening our building stock will also provide additional benefits. For instance, a recent report by think-tank Green Alliance stated that the cost to the NHS of health problems caused by cold homes was £1.2 billion. Another report by the same organisation said that offices in the City of London were wasting enough energy to power 65,000 homes at a cost of £35 million every year.

The “why” of aiming for net zero is clear. However, the “how” is more amorphous. Early 2020 has already seen Green Alliance warn that the UK is not on track to make its fifth carbon budget covering the period between 2028 and 2032, highlighting that spending needs to increase by £3.6 billion for buildings alone over the next three years.

Furthermore, despite its place to make a significant impact, the construction sector is facing sizable hurdles. The sector is notoriously fragmented, slow to change, and has had a rocky history for sustainable building. Only five years ago, the UK Government scrapped its zero carbon buildings strategy under its policy paper entitled Fixing the Foundations: Creating a More Prosperous Nation. Although many environmentally progressive voices criticised the U-turn, others, including the Home Builders Federation, welcomed the move.

In such an environment, the UK Green Building Council’s (UKGBC) Net Zero Carbon Buildings: A Framework Definition (the Framework) is critical. This document is a first — but significant — step towards developing and delivering buildings that are in line with the deep emission cuts required to meet the aims of the Paris Agreement.

What is net zero in the context of buildings?

The Framework has been developed with the aim of halving global emissions by 2030, and cut completely by 2050. It defines what achieving net zero emissions means for two viable approaches: the construction of a building, and the operational energy of a building.

It also describes a third approach: the whole-life emissions of a building. However, this approach — although in line with the requirements of the Paris Agreement — is currently too challenging to deliver. As a first step, the report instead focuses on carbon emissions that can be easily measured and mitigated with tools and technologies currently available.

The two definitions of net zero carbon used in the Framework are as follows.

Construction: “When the amount of carbon emissions associated with a building’s product and construction stages up to practical completion is zero or negative, through the use of offsets or the net export of onsite renewable energy.”

Operational energy: “When the amount of carbon emissions associated with the building’s operational energy on an annual basis is zero or negative. A net zero carbon building is highly energy efficient and powered from onsite and/or offsite renewable energy sources, with any remaining carbon balance offset.”

The Framework provides guidance on how to achieve these definitions in five clear steps.

Building up from a definition

Collaboration throughout the value chain is key to making the Framework a reality. With this in mind, the Framework provides industry consensus on how a net zero carbon building can be achieved, and has been written so that it can be adopted by a whole range of stakeholders, including building developers, designers, owners, occupiers and policy makers. Each should be able to use the guide to help inform how buildings are built and managed. For example, it suggests that building occupiers can sign up to the World Green Building Council’s Net Zero Carbon Buildings Commitment, while developers could use the Framework to integrate principles into their design briefs.

Providing clarity and a clear line of action is an essential first step in making and measuring progress in any sector. The definitions and associated guidance provided by the Framework will allow professionals in the construction and property sector to identify what needs to be done, by whom and when this work needs to take place. In doing so, sustainability will be more easily incorporated into briefs within the industry, and will enable the sector to move forward.

While the Framework is clear that it represents a first iteration along the journey towards net zero carbon buildings, the guidance provided can be followed using established practices in the industry today. However, this also requires market demand.

Although government incentives and legislation will undoubtedly create conditions where net zero carbon buildings are preferred and encouraged, markets will also be critical. To this end, policy and operational support for a better built environment needs to be adopted by businesses and organisations across all sectors. This will be fundamental if change is to be seen.