Climate change causes extreme weather events, often with unpredictable and devastating consequences. John Barwise considers what the future holds, and explains how to assess the risks of storms and flooding that could affect your business. 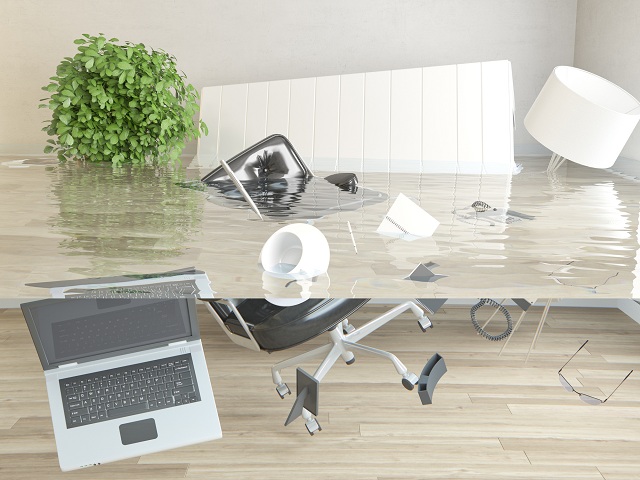 Climate change is a challenge today and will be for decades to come, even if the international community achieves its goal of preventing global temperatures from rising more than 2°C above pre-industrial levels — the tipping point that climate scientists say could trigger irreversible climate change.

We are already observing significant changes in the UK climate, with average temperatures having risen by around 1°C over the past century, leading to warmer winters, hotter summers and sea level rises of 3mm around the British coast.

Commenting, Dr Friederike Otto, Deputy Director of the Environmental Change Institute at the University of Oxford, said: “We’re now finding that for many kinds of extreme weather event, especially heatwaves and extreme rainfall, we can be quite confident about the effect of climate change.”

Back in the UK in early 2014, a powerful jet stream drove a succession of low-pressure systems across the Atlantic, causing strong winds and severe flooding across much of southern England and elsewhere. The Met Office issued weather warnings and the Environment Agency raised flood alerts, but it wasn’t enough to prevent serious damage to homes and businesses and chaos on roads and railways, as storms ravaged different parts of the country. Insurers received more than 800,000 claims for flood and storm damage and paid out over £1 billion in insurance claims over the winter period.

Fast forward to the winter of 2015/16, and the pattern repeated itself, only worse. Low pressure off the Atlantic generated strong winds and intense rainfall causing the most extreme flooding on record. This time, it was the north of the UK that was hit the hardest. Scientists conclude that man-made climate change was a contributory factor in the wreckage caused by Storm Desmond.

Business properties suffered the worst, with 32% of total flood damage. Around 5000 business properties were damaged, costing over £500 million in repairs and lost production. The total cost to the economy in England alone were estimated to be in the region of £1.9 billion.

Businesses caught up in storms are not the only ones affected. Extreme weather events disrupt essential services, such as supply chains, transportation and communication networks, water and energy supplies. These can further impact on business activity, even for those not affected by local flooding. As well as extensive recovery costs, the loss of infrastructure services can have significant effect on the wider economy.

According to the statutory body, Committee on Climate Change (CCC), all infrastructure sectors are already exposed to multiple sources of flooding, and the number of assets exposed to flood risk could double by the 2080s due to changes in the UK climate.

In its UK Climate Change Risk Assessment 2017 Evidence Report, CCC argues that while understanding of the risks to individual infrastructure sectors has improved over the past few years, the impacts of climate change could be amplified by interdependencies between infrastructures.

So, what does the future hold? The Government report, Adapting to Climate Change, which summarises weather predictions to 2080, predicts that the UK could see temperatures rising between 3°C and 5°C over this period, with a likelihood of increased frequency and intensity of extreme weather events. According to water regulator, Ofwat, as climate change increases the intensity of rainstorms, the capacity of our current drainage systems will be unable to cope, resulting in widespread flooding.

Is your business prepared?

The average cost of flooding to a business is £82,000 and the damage can cause disruption for months. Yet only half of the people who live in flood risk areas actually know about it.

In a survey of FTSE 100 companies carried out by CPD on behalf of the Department for Environment, Food & Rural Affairs (Defra), 80% of responding companies consider climate change a “considerable risk” to their business. Of the risks identified, more than 60% of companies report the greatest impact as increased operational costs, followed by a reduction in or disruption to production capacity (48%). Despite the obvious threat to business activity, only 10% of companies said they have a specific climate change risk management process in place.

Responding to climate change requires businesses to adapt to extreme weather events, such as flooding. The rest of this article explains how flood management works in the UK and highlights a number of options to reduce the risk of flooding.

Serious flooding can happen at any time and climate projections suggest that extreme weather will happen more frequently in the future.

The Flood and Water Management Act 2010 provides a comprehensive structure for managing flood risk for people, homes and businesses, and place a statutory duty on all flood risk management authorities to co-operate with each other. Key players in England include the following.

Environment Agency: responsible for the overview management of all sources of flooding and coastal erosion, including managing the risks through strategic plans, providing advice to the Government and working collaboratively to support local delivery on flood risk management. The Agency also has operational responsibility for managing the risk of flooding from main rivers, reservoirs, estuaries and the sea, as well as being a coastal erosion risk management authority.

Lead Local Flood Authorities (LLFAs): unitary authorities or county councils are responsible for developing, maintaining and applying a strategy for local flood risk management in their areas and for maintaining a register of flood risk assets. They also have lead responsibility for managing the risk of flooding from surface water, groundwater and ordinary watercourses.

Internal drainage boards: independent public bodies responsible for water level management in low-lying areas. They also play an important role in the areas they cover (approximately 10% of England at present), working in partnership with other authorities to actively manage and reduce the risk of flooding.

Highway authorities: responsible for providing and managing highway drainage and roadside ditches, and for ensuring that road projects do not increase flood risk.

Water and sewerage companies: responsible for managing the risks of flooding from water and foul or combined sewer systems, providing drainage from buildings and yards.

Are you in a flood risk zone?

If your business has never experienced flooding then you may not have checked the level of flood risk in your area.

The Government has published guidance on how to determine if your business is at risk of flooding. Details on its website provide a number of checks, based on individual postcodes, including whether your business is at immediate risk, at risk over the next five days or in the future.

The website also provides details of flooding history, advice on managing potential risks and an option to sign up for flood warnings. Local flood maps showing areas that may be prone to flooding are also available and these are regularly updated using national scale modelling, local detailed modelling and recorded flooding events. (See flood-warning-information.service.gov.uk.)

The zoning system is used extensively when determining flood risk for new developments. The Government flood risk maps for planning purposes and risk assessment are available at flood-map-for-planning.service.gov.uk.

Flood zones are useful for risk assessment but may not take into account all the minor rivers in an area, or risks of surface water flooding in very heavy rainfall. Most of these local controls rest with the LLFA, which is responsible for developing its own local flood risk management strategies.

LLFAs are required to define the scope of their local strategy, taking account of the nature and prevalence of flood risk. Other risk management authorities and the public must be consulted on the draft strategy. The Local Government Association (LGA) has produced a framework in 2011 to assist with the development of local strategies.

Properties that are in flood risk areas should sign up for flood warnings. Where there is an immediate risk of flooding, or a risk over the next five days, the Environment Agency advises checking what those warnings say for your area.

Prepare a bag that includes medicines and insurance documents.

Turn off gas, water and electricity, move valuables to safety.

Call 999 if in immediate danger, follow advice and keep safe.

The Environment Agency has also published a useful flood plan to help businesses prepare for likely flooding events. This includes maintaining a contact list of all utility providers including telephone, electricity, water and gas, as well as local council contacts and insurance company.

A simple action plan checklist should also include:

In preparing for possible flooding, businesses should also keep sandbags in a storage area, and ensure drains and gutters are free of debris and other blockages with regular maintenance.

Is your business covered?

The Association of British Insurers (ABI) says the severe weather events such as flooding are exactly what insurance is all about and their members’ top priority is to help their flooded customers.

Their advice to business owners who have had their premises flooded is to speak to their insurer to start the claims process and ensure they’re getting all the help and support available to them. Information on the ABI website says business insurance policies will cover storm and flood damage to premises and stock but advises checking existing property cover for exclusions.

The ABI also advises business to consider Interruption Cover (which may be included or purchased separately). Depending on the type of Interruption Cover purchased and the indemnity period, this could help finance business recovery, staff wages, lost revenue, profit set aside for investment and the time required to replace or repair equipment and rebuild structures.

For businesses that are in flood risk zones, the advice from insurance brokers is to commission a flood assessment survey and prepare a flood response plan covering the points mentioned in the checklist above. Brokers also recommend making a contingency plan including alternative office locations and emergency communications such as temporary phone lines of switching to mobile phones.

Not all about flooding

Flooding is only one example of the possible extreme weather events. Heatwaves and freezing temperatures may be more frequent because of climate change, along with prolonged periods of drought and hurricane-force winds. And, with average temperatures continuing to rise, there are real risks to food crop production, water supplies, energy generation, wildlife habitats and marine ecology.

Paradoxically, there will also be new opportunities such as an increase in extended growing seasons, increased productivity and new crop varieties that would have potential benefits for domestic food production. Outdoor activities may also become more attractive, with cycling and walking leading to benefits for health and wellbeing, as well as climate change mitigation from reductions in car use.

However, overall the general consensus is that the negative impacts of climate change are likely to outweigh the benefit. In his Foreword to the UK Climate Projections report, Professor Robert Watson former Chief Scientist at Defra said: “While there may be some opportunities to be gained from a changing climate, we expect the bulk of the changes associated with a warming world to be negative for our society, economic sectors and the natural environment.”