It is predicted that parts of the country are likely to run out of water within the next 20 years unless urgent action is taken to improve water infrastructure, reduce demand and fix the leaks. In this article, John Barwise reviews a damming report on the collective failure of the Government, the water companies and the regulators to manage England’s precious water resources, and highlights what needs to be done to avoid future shortages. 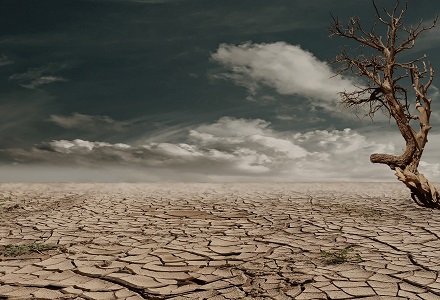 Demand for water is currently about 14 billion litres per day in England and Wales. Due to rising demand and a falling supply of water, the Environment Agency (EA) says we could run out of water in 20 years and estimates that England will need an extra 3.6 billion litres per day by 2050 to avoid further shortages.

The following year, the then Environment Secretary, Michael Gove, lambasted water company chiefs for failing to invest in essential infrastructure, pointing out that while 95% of the profit of the main water utilities went to shareholders there had been no investment in new nationally significant supply infrastructure since privatisation.

Earlier this year Environment Agency boss, Sir James Bevan, warned of a “jaws of death” scenario where much of the country could simply run out of water in 20 years time without new reservoirs, reduced consumption and less leakage.

Documents released by the National Audit Office, forecast water supply to decrease by 7% by 2045 and highlights Defra’s failure to provide guidance for water companies of the different types of intervention needed to improve resilience.

The latest report, Water Supply and Demand Management, published by the Parliamentary Public Accounts Committee (PAC) in July, exposes the systemic failures of all those responsible for water management in England and identifies the key problems that must be addressed to avoid future water shortage.

The report describes the Government’s efforts to encourage reductions in water consumption as “weak” and says it has been “too slow” to implement policies that could improve water efficiency. Defra, Ofwat and the Environment Agency are also criticised in the report for collectively taking their “eye off the ball” on the consequences of looming water shortages in the coming years.

On water companies’ actions, PAC said there had been “no progress” on reducing leakage and said it remained “sceptical” about the effectiveness of water companies to mitigate environmental damage.

Who is responsible for what?

Overall responsibility for policy and setting the regulatory framework for water in England, sits with the Department for Environment, Food & Rural Affairs (Defra), which oversees a complex system of multiple regulators and privately-owned water companies.

The Environment Agency’s role is to manage the water resource management process, with powers to ensure water companies and other water abstractors abide by the terms of their environmental permits and licenses. These powers cover how much water they can take out of the environment and how they should handle and treat sewage.

The Public Accounts Committee’s (PAC) report says the Government has failed to be clear with water companies, privatised in 1989, on how they should balance investment in infrastructure with reducing customer bills, and says “ponderous” water companies have made “no progress” in reducing leakage over the last 20 years.

Commenting on the report, Meg Hillier MP, Chair of the Committee, said: “It is very hard to imagine, in this country, turning the tap and not having enough clean, drinkable water come out — but that is exactly what we now face. Continued inaction by the water industry means we continue to lose one fifth of our daily supply to leaks.”

The report is particularly critical of Defra’s “lack of leadership in getting to grips with all of the issues threatening our water supply”, describing its failings as “shocking” and “wholly unacceptable.”

“Empty words on climate commitments and unfunded public information campaigns will get us where we’ve got [to in] the last 20 years: nowhere. Defra has failed to lead and water companies have failed to act: we look now to the Department to step up, make up for lost time and see we get action before it’s too late,”  Hillier added.

Defra has now been asked to produce annual performance league tables for water companies and to “step up on promoting water efficiency” and deliver an effective campaign to raise awareness of the need to water saving.

Croner-i has published its own Water Management Toolkit to help businesses improve water management, optimise consumption and reduce costs. The toolkit can be accessed here.