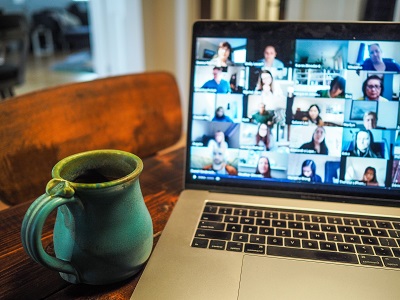 Dress code can be a written or unwritten code of practice that companies adopt as a type of workplace etiquette and can extend to both clothing and/or general physical appearance. A 2020 report highlighted in the Huffington Post shows that one-in-three female workers have been told to wear more make-up on virtual calls since the first lockdown in March 2020. This begs the question as to whether requiring staff to wear make-up constitutes proper dress code etiquette and if it should extend to virtual meetings.

The strict adherence to dress code rules often varies from company to company with some preferring more informal/smart-casual dressing, while others want dressing to be formal. Some companies may also want staff to retain their office dress code while working from home, where they either deal with clients who are used to a certain type of decorum, or have internal virtual meetings where making a good impression is key.

There are no laws on what employees should or should not wear both to the office and while working from home, except for that which employers have stipulated in their company handbooks or already have existing as part of their company culture. However, employers are not legally permitted to enforce dress codes which are:

That said, there are advantages and disadvantages to setting dress code rules that should be noted.

Dress codes clarify the expectations of the employer and helps the employee to adhere to the company dress culture, promotes professionalism, team spirit and uniformity. However, a well-reported incident from 2015 comes to mind as a major disadvantage to some company dress code requirements.

The incident involved a temporary receptionist, Nicola Thorp, who worked for PricewaterhouseCoopers. Ms. Thorp was sent home without pay after she refused to wear two-to-four-inch high heeled shoes and complained that such requests were not being made of her male colleagues. She argued that she would not have been able to work a nine-hour shift in heels.

This case resulted in the publication of specific government guidance on dress codes which stipulates that employers should avoid gender specific prescriptive requirements. This can also be applied to company rules about women wearing make-up; therefore, relating back to the report in the Huffington Post, a requirement on a woman to wear make-up to the workplace, or for virtual meetings, is likely to be held as unlawful by a tribunal unless it is a specific requirement for the role — eg where a female make-up artist is required to demonstrate a specific make-up product. This rule should, however, also be extended to male make-up artists to avoid costly sex discrimination claims.

Employers have the right to enforce a reasonable dress code that they can also require for virtual meetings if they deem necessary. However, reasonableness is important here. Such dress code requirements should not discriminate against women as, usually, the wearing of make-up, or high heels, to work does not affect a woman’s ability to do their job well.

Some employers may choose to allow more relaxed virtual dress codes, or the same standards depending on the business’ requirements, but what should staff not wear for a client call?

This will depend on many factors, including the type of call being made, the employer’s business, and the type of relationship employers have with their clients. The way the client dresses for virtual meetings may also be an indicator of appropriate dress code. If the client dresses informally/casually, it may be a good idea for this to be reciprocated, rather than appearing in formal wear, so that the client feels at ease during the call.

Employers may wish to bear in mind that dress code may not matter if web cameras are not required to be switched on as it is sometimes the case that in a client call, or even internal calls, there is no obligation for web cameras to be on — for example, where one party’s video quality is known to be poor.

Employers may face issues where an employee dresses inappropriately during a virtual call. With or without a set virtual dress codes, there is still a perceived notion of what is considered appropriate attire for work and what is not (which should translate to remote working arrangements). However, the definition of “inappropriate” dressing will need to come from what employers believe it to be, and can be based on existing rules enforced in the physical workplace.

Once employer’s know what they would consider to be inappropriate dressing, they can then deal with issues where an employee has dressed inappropriately in a virtual call in same manner as they would if the meeting had taken place in person.

It is understandable that some employers may believe that workplace rules should either be relaxed or strengthened if work is being carried out remotely — especially since other rules may be more relaxed such as when breaks are taken, or strengthened such as the frequency of team catch-up sessions. However, except when it is absolutely necessary to change disciplinary rules for remote workers, they should be kept the same.

It is evident that employers can enforce a reasonable dress code that they can also require for virtual meetings if they deem it necessary. However, employers are reminded that such dress code requirements should not discriminate against a person’s gender — as stipulated in Government guidelines — because certain dress code rules do not, in most cases, contribute to the ability for one sex to perform their role well compared to another, including while working from home. Dress codes should also not discriminate against a person’s religion or belief.