In a world where the President of the USA has suggested the possibility of arming teachers in response to school shootings, violence in the workplace is a globally emotive topic. With UK statistics indicating that the majority of school support staff have been assaulted by pupils, Vicky Powell looks at the issue of violence at work in Britain, including which workers are most at risk — and what employers can do to tackle this issue. 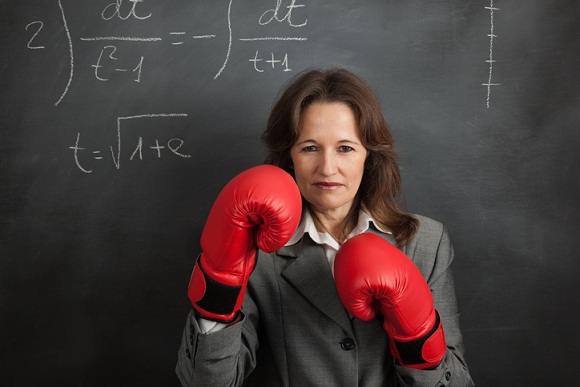 The Health and Safety Executive (HSE) defines work-related violence as any incident in which a person is abused, threatened or assaulted in circumstances relating to their work.

The types of jobs associated with a higher than average risk of workplace violence are surprisingly diverse.

According to figures for the annual Crime Survey for England and Wales, police officers, fire service officers, prison service officers and police community support officers face the greatest risk of violence at work, with nearly a 10% likelihood — more than eight times the average risk — of being assaulted or threatened when at work.

However, many other roles have had consistently higher than average risks rates in recent years.

Health care professionals such as nurses, health and social care specialists, and also care and social workers, face higher than average risks at around 3% compared to the average risk of 1.2%.

Other jobs at risk of work-related violence include:

As an example, figures published in 2017 by the general union, GMB, indicate that the majority — more than half — of classroom or teaching assistants (54%) across the UK have been attacked at work, amid concerns that the problem is on the rise.

More recent figures from the GMB in 2018 show that serious injuries from attacks on staff in the education sector have shot up 24% in the past five years, with individual cases involving loss of sight, brain damage, loss of consciousness, asphyxiation, amputation and even one death in 2014/15.

Commenting on the issue, Karen Leonard, GMB National Officer, said, “Our members love their jobs and want to carry on doing their best for the children. But their schools must make sure they have proper policies, guidelines and principles to back staff up when attacks do take place. GMB demands a zero-tolerance approach to violence in schools — with proper, reliable support systems in place for those who do experience it.”

Certainly, the HSE has emphasised that health and safety law applies to risks from violence at work, just as it does to other occupational risks.

Employers therefore need to ensure they have a clear policy and good procedures which set out how they will prevent, manage and respond to work-related violence.

Employers will also need to make sure that all staff, including new and part-time employees, are aware of the procedures and policies and know what they are expected to do.

This may involve training staff and managers on how to implement the procedures and policies.

It is also important that policies and procedures be developed in partnership with staff and unions, if appropriate, and that the policy covers the risks to everyone.

The HSE says policies should also be clear to customers, eg displaying a shop’s policy on requesting identification for the sale of alcohol. This gives staff something to refer to if customers query the actions of staff.

Indeed, this aspect, where ordinary workers are expected to uphold and enforce a piece of legislation, is a contentious one, and a frequent flashpoint for violence and abuse.

John Hannett, General Secretary of the shopworkers’ union Usdaw says, “Often, in the course of their duties, shopworkers are expected to enforce the law, whether that is preventing under-age purchases of products like alcohol, knives and acid, refusing to sell alcohol to drunk customers or detaining shoplifters… Around 265 shopworkers are assaulted every day and it is time to say enough is enough. We must give a clear message that assaulting workers who are serving the public is totally unacceptable.”

Looking at HSE case studies of how companies have successfully managed the issue of workplace violence can be helpful.

Working alone for up to 70% of their time, engineers and electricians at one medium-sized electrical engineering company based in Newcastle upon Tyne experienced a number of incidents of violence in their work at various commercial and industrial premises.

If a job is at a location considered a potential risk, a manager will speak to the client before the engineer attends, enabling clients to put in place measures to reduce the risk. For example, in some locations, such as prisons or probation hostels, managers now insist that a prison warden or a member of staff escorts engineers and remains with them at all times.

As a result of the new measures, staff are said to have fewer concerns about violence and feel more at ease while carrying out their work. They also have confidence in the management team, knowing that managers consider their safety to be paramount.

Interestingly, according to the New York Times, in Texas, some public school systems have been “quietly arming teachers and administrators for more than a decade”.

Across the country, at least 10 states in the USA allow staff members to possess or have access to a firearm on school grounds. In addition, a Florida state legislative committee recently approved a $67 million “school marshal” programme to train and arm teachers, despite vocal opposition.

Teaching unions in the USA have, however, focused on gun control and better premises security.

In the UK, it is unlikely that any politician or school principal will be suggesting arming teachers with guns any time soon.

Nevertheless, the figures indicate there is no room for complacency — violence in the workplace remains a blight on British society.

One study by Cardiff and Plymouth universities concluded that a million Britons have experienced some sort of physical aggression while at work, with millions more subjected to intimidation, humiliation or rudeness.

Employers owe their workers a duty of care to protect them from threats and violence in the workplace. Work-related abuse can cause pain, distress and even disability or death. There is also the risk to employee health through anxiety or stress.

For employers, failing to control the risks associated with violence can lead to reduced morale and a poor image for the organisation, making it difficult to recruit and keep staff, as well as negative impacts on costs associated with absenteeism, higher insurance premiums and compensation payments.

For all these reasons, violence in the workplace should never be viewed as “just part of the job”.