Can an employer be liable for psychiatric harm caused by the actions of its employees? Barrister Robert Spicer reports on a recent case. 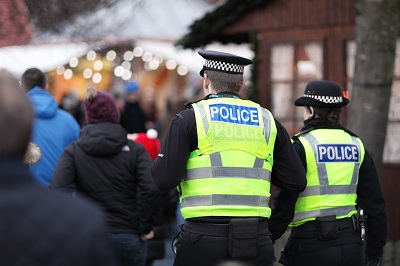 What is vicarious liability?

Vicarious liability can be defined, in the context of health and safety, as legal liability imposed on one person for the negligence of another, although the person made vicariously liable is not personally responsible.

An employer may be vicariously liable for civil wrongs committed by employees which have been authorised or ratified or when the wrongs were committed in the course of employment.

The concept of vicarious liability has been the subject of a number of recent significant cases, and continues to develop. The rationale of the concept has been described as social convenience and rough justice. An employer is usually more able to pay compensation than an individual, and will normally be insured against vicarious liability.

The most recent example of this is the case of K v Chief Constable of the Police Service of Scotland (2020), where K, a former detective sergeant, alleged that she had suffered from a number of psychiatric symptoms which were attributable to learning that she would no longer be involved in covert operations. This decision was made by X, who was head of the intelligence department.

K, who was being investigated for conduct concerns, alleged that DSG, one of her colleagues, was difficult, hostile and aggressive. When she attempted to report this to her line manager, she claimed that DSG and another superintendent abused and harassed her on a regular basis.

K had discovered that DSG, who had retired at the time she made the complaints, was involved in criminal acts which could have compromised undercover operations. She was permanently transferred to witness protection. She then took sick leave and did not return to policing.

K sought compensation for psychiatric harm on the basis of the vicarious liability of the Chief Constable for the acts of police officers.

At first instance, her claim succeeded. The Scottish court found that liability for the acts and omissions complained of had transferred to the Chief Constable, who was under a duty to afford K fair treatment in carrying out an investigation into her conduct and performance. If psychiatric harm was foreseeable as a result of a breach of that duty, which was the case, then the defendant would be liable for that harm.

The Chief Constable appealed to the Scottish Inner House. The decision of that court was as follows.

The first, Mohamud v Morrison Supermarkets plc (2016) concerned an attack on a customer by an employee of Morrisons. In summary, the Supreme Court ruled that the company was vicariously liable: the attack was sufficiently closely connected to the employee’s work.

The second case is Cox v Ministry of Justice (2016), where the catering manager at a prison was injured when a prisoner dropped a sack of rice onto her. The Supreme Court ruled that the Ministry of Justice (MOJ) was liable to compensate her. The court stated that it was fair, just and reasonable to impose liability on the MOJ.

In Various Claimants v Wm Morrison Supermarket plc (2018), a disgruntled auditor employed by Morrison Supermarkets posted a file containing personal details of 100,000 employees of the company on the internet. He also sent a CD of data to the press. Several thousand employees brought claims against Morrisons for breach of the Computer Misuse Act 1990, misuse of private information and breach of confidence. It was argued on their behalf that the company was vicariously liable because there was sufficient connection between his position and his wrongful conduct. In February 2018, the High Court ruled that the company was vicariously liable. The auditor’s disclosures had been closely related to his employment. The fact that he had done so from home, using his own equipment, was irrelevant. WM appealed to the Court of Appeal which dismissed the appeal. On a further appeal to the Supreme Court, the appeal was allowed on the basis that the auditor had acted for purely personal reasons and not in the course of his employment.

In Barclays Bank plc v Various Claimants (2020), B was a self-employed doctor. His work included carrying out medical examinations and assessments of prospective Barclays Bank employees. The Bank required job applicants to pass a pre-employment medical examination. The Bank arranged the appointments with B and paid him a fee for each report. He was not paid a retainer. If the report was satisfactory, the applicant’s job offer would be confirmed subject to examination results.

B carried out the examinations unchaperoned in a consulting room at his home. It was alleged that he sexually assaulted 126 applicants between 1968 and 1984. Following his death in 2009, the claimants sought compensation from Barclays on the basis of vicarious liability.

At first instance the Bank was found liable. The Court of Appeal dismissed its appeal and the Bank appealed to the Supreme Court. The appeal was allowed. The Bank was not vicariously liable. B was not at any time an employee or anything close to an employee of Barclays. He was in business on his own account. He was paid a fee for each report and was free to refuse to carry out an examination.