With large numbers of people moving from cigarettes to vaping, but no legislation to govern vaping, Dave Howell examines what stance organisations should take on the use of electronic cigarettes (e-cigarettes) or vaporisers in or around their premises. 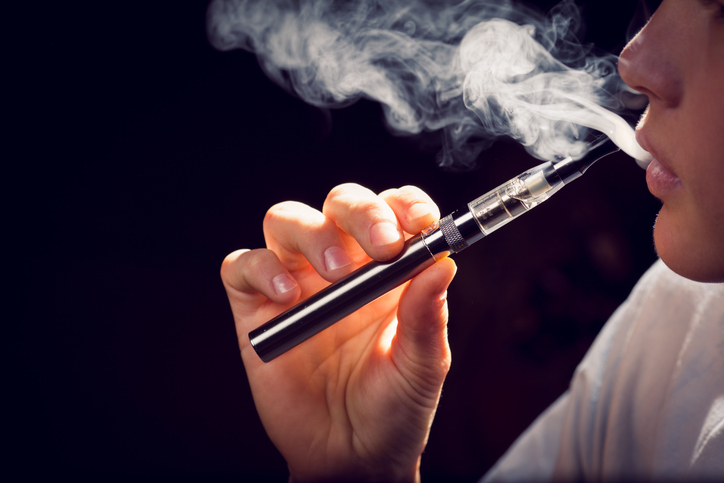 Businesses have had the smoke-free legislation to comply with since 2007 under the Smoke-free (Premises and Enforcement) Regulations 2006. This banned smoking in workplaces and followed similar bans in Wales and Scotland.

There are now nearly three million e-cigarette users in the UK according to government estimates. As e-cigarettes usage — often referred to as vaping — does not include the burning of tobacco, a new approach is needed to offer guidance for managing vaping in the workplace.

One of the key issues for managers is how to provide for those employees who want to smoke within designated areas, as well as supporting those that use e-cigarettes to help them stop smoking tobacco. A total ban on the use of e-cigarettes may be difficult to justify if managers have been tasked with helping their employees to stop smoking, as e-cigarettes are argued to be an effective method of assisting in this process. In this instance, some employers have opted to designate a new smoking area just for e-cigarette users.

As there is no legislative ban on the use of e-cigarettes indoors, organisations have to develop their own policies. Acas has already issued its own guidelines.

Whether managers allow employees to vape at their desks requires business-wide consultation before any changes are made to the smoking policy. A policy would include specifying when and for how long smoking and vaping breaks should be taken and should state that failure to comply with the policy could result in disciplinary action being taken.

There is no binding case law with regard to vaping but it has been referred to in an employment tribunal decision. The employment tribunal in the case of Insley v Accent Catering considered a claim by an employee of Accent Catering who was reportedly vaping at a school. Insley resigned before a disciplinary hearing could take place for gross misconduct, claiming constructive dismissal.

The subsequent employment tribunal did not find that constructive dismissal had taken place. However, the tribunal did state that if Insley had been dismissed as the result of a disciplinary hearing, this could have been considered as unfair as the school where Insley worked did not have a formal policy in place for the use of e-cigarettes.

In response to the e-cigarette trend, the Government has developed a framework that all employers can use to create their own e-cigarette policies.

The five principles to the framework are:

George Butterworth, Policy and Campaigns Manager at Cancer Research UK said: “E-cigarettes are still a relatively new product, so it’s understandable that many people and businesses may not know how to deal with them. The evidence so far shows e-cigarettes are much safer than tobacco and they have the potential to help people give up a deadly addiction. It’s important the benefits of using them are maximised while reducing any negative impact, and organisations need independent advice from Public Health England to set out their own policies.”

The advice then is clear: in the absence of regulation, each business or organisation will have to develop its own policy regarding e-cigarettes. Consulting widely to gauge opinions should be the responsible manager’s first task. This information can then be used as the basis of new e-cigarette policies or inform the modification of existing smoking policies.