With the US Presidential Election taking place on 3 November, it is more important than ever to consider the potential harm that political discussions can cause at work. With this in mind, Ben McCarthy, lead employment law writer and researcher at Croner-i, explores some key areas to be aware of. 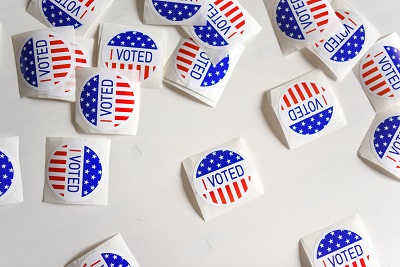 With the Covid-19 pandemic taking so much of our focus for the last few months, one could almost be forgiven for forgetting about a significant event that will soon be upon us — America deciding who their next President will be. In an alternative 2020, where the pandemic didn't happen, this would no doubt be one of the main topics of conversation. However, here we are, and the election is happening very soon. The political atmosphere across the water is certainly tense, with increasing levels of uncertainty surrounding what the outcome of the election will be, and the ongoing consequences of this. However, whether Donald Trump or Joe Biden walk away victorious on 3 November, one thing remains certain — politics at work can be a big problem.

The issue with politics at work

Political views have become a greater workplace concern in recent years, with the Brexit referendum, and subsequent developments, potentially being a significant bone of contention for a number of employees. This was particularly brought to a head in the UK General Election of December 2019, with the political divide of the time causing disagreement among staff due to deeply held, long-standing personal beliefs. The resulting arguments can be extremely counterproductive to an effective working environment, especially if colleagues start to get emotional. They can lead to accusations of bullying, and even discrimination, if left to get out of control. Everyone will have a political opinion, and managers may struggle to manage their staff if employees are using the personal political beliefs of an authority figure to undermine them.

In a situation where political discussions are becoming an issue, an employer's first instinct might be to try and dismiss some of the individuals involved. If the employee's behavior can be related to conduct, they may want to go down a disciplinary route and dismiss them on this basis. If the dismissal is more related to concerns over the strong political beliefs and their impact on company reputation, generally, employers will rely on a “some other substantial reason” dismissal where they can prove the employee's political opinion, affiliation or membership has had a detrimental impact on their company's reputation. Employers cannot just claim this impact, however, and will have to evidence this through, for example, showing a reduction in sales due to the public boycotting the business.

It should always be remembered that employees can make an unfair dismissal claim from day one of their employment if they are dismissed because of their political opinion or affiliation. While this dismissal won't be automatically unfair, employers will have to show they had a fair reason for dismissal, a fair procedure was followed and the dismissal was reasonable in all the circumstances.

Instead of being faced with the issue of responding to conduct relating to political views, employers may instead choose to try to ban political talk completely in the workplace. Technically, there is nothing stopping them from doing this, but they will need to approach this carefully. For example, a ban should apply consistently to all political talk, not just talk relating to a certain political party or movement, so as to avoid accusations of unfairness or discrimination. One of the best ways of doing this is through the production of a workplace policy outlining the company's stance on political discussions at work. This policy could remind staff of acceptable conduct at work and that while the company recognises their legal right to hold a political opinion, there are forms of conduct that will not be tolerated. It could also prohibit the employee from sharing their views with clients or wear items that show affiliation to certain political groups.

A ban of this nature will be difficult to enforce. To this end, the better option may be to train employees, or provide a reminder of previous training, about what is and is not acceptable talk in the workplace. This should include a reminder of being considerate of other people's opinions.

Banning political discussions outside of work

Employers are unable to stop employees talking politics outside the workplace due to an employee's right to freedom of expression and a private and family life. However, there may be circumstances where the employee believes they are talking about politics outside working hours, but this is actually classed as working time. For example, using Microsoft Teams, or other forms of company-hosted internet communication programs, to discuss political opinions both within and outside of working hours. Staff should be reminded what personal time may constitute working time and reminding them of how their conversations will impact the working day. It should also be made clear what company-related software should be used for.

There is no doubt that politics can be one of the most contentious issues of conversation and employers must be prepared to tackle this. By taking steps to ensure that employees are aware of the behavior expected of them while working, employers can hope to avoid situations of this nature arising.