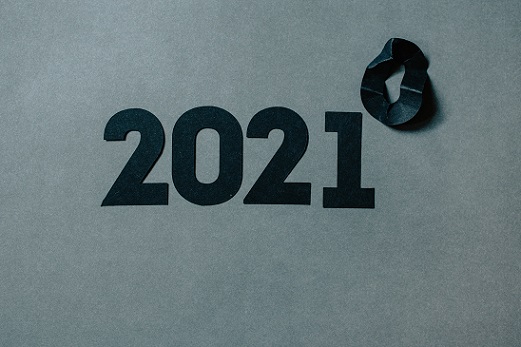 On 20 January 2021, the 46th US president will be sworn into office. That much seems certain. Less clear are the powers he will have over America’s domestic low-carbon agenda and the world’s global warming fight.

There are early indications that after a flying start, the US will return quickly to the final stage of the delayed Paris Climate Change Agreement process with enhanced carbon-cutting commitments.

Such a move could begin to repair America’s international environmental leadership role damaged by President Trump’s exit from the Paris process on 4th November at the end of a four-year notice period, one day after the recent presidential election.

However, the UK could benefit substantially too.

A US return to the global fold on Britain’s watch as co-host of the pivotal COP26 summit could put a feather in the cap of a newly environmentally-enthusiastic UK Government.

It comes at a point when Downing Street is anxious to breathe new life into its net-zero emission by 2050 campaign and gain new momentum as a world sustainable leader.

With a US shoulder to the wheel, the ultra-ambitious Paris aims of December 2015’s COP21 might be achievable. Boris Johnson is especially keen for all nations to commit to swingeing carbon cuts while in Scotland, through the Nationally Determined Contribution process.

With China’s recent zero-carbon by 2060 announcement added, a US-European-Sino deal would bring together roughly two-thirds of the world’s economy and 60% its GHG emissions.

And because net-zero goals reach down to many levels, the need for innovative and competitive low-carbon solutions, products and services with post-Brexit export potential from companies of all sizes would be expected to rise.

How will a Biden presidency’s environmental agenda unroll?

The Biden-Harris election campaign was specific in its detailed green ambitions and recognition of the climate change crisis. However, the lack of a Senate majority — the election of two Senate seats in Georgia will be re-run in January 2021 — could mean political and environmental compromise for the new administration’s “building back better” initiative.

Elected to the Senate himself, six times, Mr Biden has honed negotiating skills and his proposed climate plan is fairly moderate, though still the most progressive ever embarked upon the US.

For better or worse

The worst outcome might be a congressional logjam — the best workable bipartisan climate policy with a key role for federal institutions to adopt and use “decades-old” laws to tackle climate change.

The downside is that these regulations could be opposed in federal courts “reshaped” by more than 200 judges appointed by the Trump administration. Former President Obama promised to cut its climate footprint by at least 26% below 2005 levels by 2025 but was thwarted by the courts.

Significantly, the Republican Party which has Senate control could be open to Mr Biden’s climate plans.

Recent precedents include a bipartisan approach to halt the use of the powerful GHG refrigerant hydrofluorocarbons (HFCs), plus the Bipartisan Wildlife Conservation Act designed to improve conservation and protect ecosystems.

While the Trump administration rolled back more than 160 environmental protection regulations, recent research suggests that the cost of 2017 extreme weather events to the US was more than $306 billion, with extensive damage to the mid-west cereal industry. This has been noted.

Also on the Biden-Harris side, are some of the US’ most powerful cities and companies that have kept the climate change torch alight, many like Nike, Tesla, Google and Microsoft, through the We Are Still In pledge.

Another route for the Oval Office is executive orders. But these again can be open to legal challenge; Former President Obama’s Clean Power Act was blocked by the Supreme Court.

A key message will be that returning to the COP process will prove that the USA believes in climate change science again. A US net-zero goal would also influence future G7 and G20 talks.

What could we expect?

Ideally, this would see most US power-generation becoming carbon free by 2035 en route to net-zero emissions by 2050, plus emission cuts from 4 million domestic and business buildings.

This would be paralleled by heavy spending on green public transport, electric vehicle (EVs) and manufacturing, plus financial incentives to take up clean cars.

Other proposals are to create a White House National Climate Council, a “carbon bank” paying landowners to store carbon, vehicle electrification through the transport department, and a Treasury climate policy promoting emissions cuts through tax, budget and regulatory policies.

Boris Johnson was recently quoted as saying: “I think now with President Biden in the White House in Washington, we have the real prospect of American global leadership in tackling climate change.”

Climate change could prove the best UK route into favour with a Biden administration. A US return to the Paris agreement “under British auspices” is also seen as a “significant diplomatic achievement”.

COP26 could allow Mr Johnson to show Mr Biden that he and the UK are effective partners; it may also be one of the UK’s largest foreign policy opportunities in the current Parliament.

But to be successful the UK needs to put forward its own effective climate strategy.

Therefore, the PM’s 18 November 10-point plan announcement setting out practical steps to meet the UK’s climate targets in hard facts that go beyond talk of technological “moonshots” is important.

For the Government to back its boast of being a global frontrunner for the 2050 goal, it must up its carbon game and close a performance gap off-track from targets set five years ago.

There are concerns public post-Covid-19 car use will increase. Low carbon thinking is not entrenched in government departments; many local authorities do not plan at the speed or level needed.

However, this is also seen as an opportunity for No 11 to put a comprehensive green deal into place as part of a 10-point plan for a green industrial revolution in a year-long countdown to COP26.

Mr Johnson recently trailed a greater role for offshore wind power. The 10-point plan now includes advancing the sales ban on new petrol and diesel vehicles from 2040 to 2030, building at least one new conventional nuclear power station, and innovations such as the potential future role of fusion power, which drives the stars, via “tokomak” research in Oxfordshire.

Rolls Royce has also said it expects to create 6000 new UK jobs by 2025 by building 16 small modular reactors (SMRs) around the UK of the type used to power nuclear submarines.