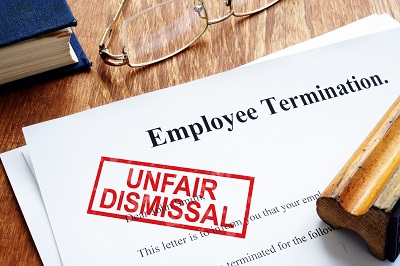 Section 100 of the Employment Rights Act 1996 deals with unfair dismissal for health and safety reasons. Section 100(1)(a) covers dismissal where the reason, or principal reason, for the dismissal is that an employee carried out, or proposed to carry out, health and safety activities, having been designated to do so. Such a dismissal is classified as being automatically unfair. This means that there is no minimum service requirement to claim unfair dismissal.

The application of this provision has recently been considered by the Employment Appeal Tribunal (EAT) in the case of Sinclair v Trackwork Ltd.

The facts, in summary, were that Mr Sinclair (S), a track maintenance supervisor employed by T Ltd, was instructed to implement the Trackwork Safe System of Work, a new health and safety procedure. This procedure was based on a system operated by Network Rail, known as NR019. T Ltd did not inform its other employees about S’s task.

S proceeded to implement the new system with all due diligence. The other employees raised concerns about S’s actions. They complained about his zealous and overcautious approach. Issues raised by other employees included S’s aggressive attitude and behaviour, that he showed “male bravado” and that he was involved in a physical altercation. S was dismissed because of the upset and friction caused by his actions. He complained to an Employment Tribunal of automatic unfair dismissal under s.100 of the 1996 Act.

The Employment Tribunal dismissed the complaint. It found that, although S was only following instructions, the reason for S’s dismissal was that a loyal workforce had been demoralised by his management of health and safety. It was S’s methodology, rather than his health and safety activities, which had caused his dismissal. T Ltd was operating in a health and safety critical environment and had an impeccable health and safety record. The Tribunal also found, however, that the allegations against S were exaggerated.

The ET also made the following points.

The EAT allowed the appeal. It substituted a finding of automatic unfair dismissal and made the following points.

This case illustrates the importance of employers communicating with workers so that they understand the scope of new health and safety rules and their implication. It is possible that if this had been done in the Sinclair case, legal proceedings would not have arisen.

The case is also an example of the significance of the protection afforded by s.100 of the Employment Rights Act 1996 and the readiness of courts to accept this significance.