Barrister Robert Spicer considers a key area of the law as thousands of employees go back to work during the pandemic — whereby it is automatically unfair to dismiss an employee who brings to their employer’s attention harmful or potentially harmful workplace conditions. 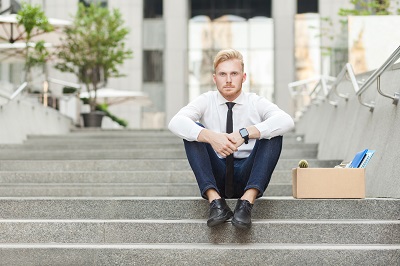 Section 100 of the Employment Rights Act 1996 states, in summary, that it is automatically unfair to dismiss or select for redundancy an employee because they, in circumstances of danger which they reasonably believe to be imminent:

“Reasonably”, in this context, is judged by reference to all relevant circumstances including the knowledge of the employee and available advice and facilities.

Where an employee reasonably believes in the existence of such danger, it is irrelevant whether or not such danger existed in fact.

Section 44 of the 1996 Act states, in summary, that it is automatically unfair to dismiss, or to subject to any detriment, an employee because they bring to the attention of the employer, by reasonable means, workplace conditions which they reasonably believe to be harmful or potentially harmful to health and safety.

The application of ss.44 and 100 in the context of Covid-19 has yet to be tested in courts or tribunals. However, the existing case law in this area provides some guidance.

O was a chef, working in the kitchen at E’s premises. Remodelling work in the kitchen was unfinished when A returned to work the next day. There were wires hanging out from the walls and he refused to obey an instruction to mop the floor behind the fryers because he was concerned for his own safety. He was suspended.

During the subsequent investigation a witness stated that the area which O was asked to clean was free from danger, O had not alleged that he was in any danger and O had in fact been dismissed partly for disregard of food hygiene and partly for failure to obey instructions.

O complained to an employment tribunal for unfair dismissal under s.100 of the 1996 Act. The employment tribunal found that O’s dismissal did not fall within s.100 because E had investigated the dispute about health and safety and preferred the account of the witness who said there was no risk. E had therefore dismissed O for failing to follow a reasonable instruction and not for health and safety reasons. O appealed to the Employment Appeal Tribunal (EAT).

The EAT allowed the appeal. It ruled that the employment tribunal had failed to apply s.100 properly. It made the following points.

M, who was employed as a machine minder, left his workplace in the middle of a night shift because of a colleague’s abusive behaviour. He told his manager that he would not return to work unless he received assurances about his safety. M was told that he had resigned.

He complained of an unfair dismissal to an employment tribunal, basing his claim on s.100 of the Employment Rights Act 1996. The tribunal found that he has been unfairly dismissed. The employer appealed to the EAT. The appeal was dismissed. The EAT stated that dangers caused by the conduct of fellow workers were within the scope of s.100. The word “danger” was used in the section without any limitation and was not limited to dangers arising from the workplace.

M, a restaurant chef, refused to cook a chicken which he thought was not fully defrosted. As a result, he was dismissed. He complained of unfair dismissal to an employment tribunal, based on s.100 of the 1996 Act. The tribunal dismissed the complaint, ruling that the words “other persons” in the section did not relate to members of the public, but only to employees.

On appeal, the EAT reversed this decision. It stated that there was no limitation on the class of persons at risk. Neither s.100 nor the EC Framework Directive on the introduction of measures to encourage improvements in the health and safety of workers were limited in the way stated by the employment tribunal.

H, a train driver, was employed by British Rail. In 1996 his employment was transferred to C. H was a union safety representative for 70 drivers. C had a duty to consult with him and to provide facilities and assistance so that he could carry out his functions properly. He raised many issues of concern with C. These were ignored and he was subjected to inappropriate disciplinary threats. H’s health suffered and he was subjected to disciplinary proceedings. In 1999 he sent two reports to the Health and Safety Executive, setting out his safety concerns.

C treated this as a breach of his contract of employment and increased disciplinary action against him. He resigned and complained of unfair constructive dismissal under s.100. The employment tribunal upheld the complaint. It ruled that he had been unfairly dismissed because the dismissal related to his attempts to carry out his duties as a safety representative. C had carried out a sustained campaign against H. It had lacked any sense of urgency or realism in tackling health and safety issues.