Unlike Japan, the UK does not record how many suicides are work-related. But we should, says Andrew Christodoulou, who argues that work-related suicide is a significant issue that needs to be addressed when managing employee health and welfare. 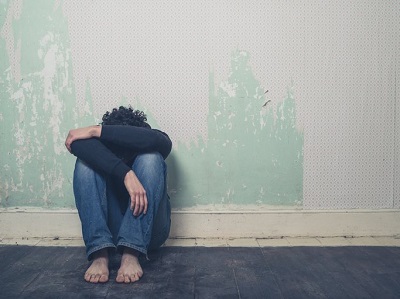 How many of these are work-related is not known because, while coroner inquests may decide that a suicide was work-related, these figures are not officially collated. Even the revised Reporting of Injuries, Diseases and Dangerous Occurrences Regulations 2013 (RIDDOR) do not now require the reporting of suicide on transport systems such as the railways.

However, in Japan where work-related suicide is officially recognised and recorded, it is estimated that 5% of all suicides are directly work-related. Using this as a yardstick, work-related suicides in the UK could be over 250 deaths per year, which is nearly double the UK annual fatal accident toll of 147 workers as reported by the Health and Safety Executive (HSE) (2018/19).

It makes work-related suicide a significant issue and one which needs to be addressed.

Work-related suicide can happen for a number of reasons. Workplace stress is an obvious cause and many workers, eg teachers and healthcare workers, experience high levels of stress. When coupled with personal/family issues it can push some people over the edge.

In other cases, work-related suicide can occur following a workplace injury which can, in some cases, be life changing. Sometimes prolonged pain and suffering following an injury can be a catalyst for suicide. The knock-on effects of an accident such as financial loss and employment issues can also contribute.

In other cases, it can be accidents to colleagues that some find hard to bear, including those who may witness such accidents. Post-traumatic stress disorder (PTSD) is also a factor in some work-related suicides, particularly in the emergency services.

There are numerous examples of work-related suicide.

In February 2018, a member of staff at Cardiff University jumped from a window in the Business School, leaving a note about long hours and pressures of work. In November 2018, train driver Scott Walker killed himself after someone killed themselves walking in front of his train.

In a similar vein, Lee Gaunt, 41, a firefighter, worked his shift in 2015 and then was found hanged on site at the Stalybridge fire station in Greater Manchester. Mr Gaunt was scheduled to be a witness at the inquest of his colleague, Stephen Hunt, who died while tackling a fire in Manchester city centre two years previously.

Mr Gaunt was also one of the 60 firefighters who responded to a fire at Pauls Hair World salon in Manchester, also in 2013. The inquest into his death was told that Mr Gaunt had been diagnosed with PTSD as a result of the incident and had experienced suicidal thoughts.

In another case in 2015, an award-winning head teacher hanged herself shortly after Ofsted downgraded her school. Carol Woodward, the head of Woodford Primary School near Plymouth, suffered a decline in her mental health that coincided with an inspection by Ofsted as well as disruptive building work to expand the school.

Ian Arrow, the Plymouth Senior Coroner, ruled that the cause of death was suicide by hanging. “There is nothing suspicious about Carol’s tragic death,” Arrow said. “She just felt she was under so much pressure.”

In 2013, a top lawyer threw himself under a train. David Latham, 58, a world-renowned trademark lawyer at a large law company, was said to be “inconsolable” with worry after weeks of sleepless nights over the fate of a big case. The following morning, he jumped off the platform in front of an early morning Central line train at Notting Hill Gate station in West London.

It was reported that Mr Latham had told colleagues that he was going to kill himself. His wife, Gillian Webb, told the inquest that more should have been done by his employers to help Mr Latham. She said: “If a person shows the signs as David clearly had, they should have something put in place to prevent such tragedies.”

In 2014, an eminent scientist took his own life. Entomologist Dr Mark Jervis, 62, was world-renowned in the study of insect life. He killed himself in his 6th floor office of the university’s School of Biosciences by cutting his wrists in his locked office.

The inquest heard that workload was a factor. Also, it transpired that Dr Jervis was anxious following an accident to a postgraduate student, who had been taken to hospital after splashing himself with acid during a laboratory experiment while not wearing eye protection.

In Corr v IBC Vehicles Ltd 2008, Thomas Corr had suffered a serious head injury after being hit on the head in 1996 by a metal panel from defective machinery. As a result of the accident, Mr Corr became deeply depressed and eventually in May 2002 he committed suicide by jumping from a multi-storey car park. In the legal case which followed, Mr Corr’s employer admitted liability for his accident but not for the subsequent suicide. However, the House of Lords ruled that it was reasonably foreseeable that depression could result from the accident and that suicide could follow severe depression. Therefore, the employer was held liable for Mr Corr’s death.

The Lords commented that “It is in no way unfair to hold the employer responsible for this dire consequence of its breach of duty.”

The significance of this case is that employers may be held liable for work-related suicides leading to compensation claims and maybe even fines. It may mean that employers need to carefully consider the mental health of their employees following an accident which at first may appear to have caused physiological effects only. Therefore, counselling and other stress management techniques may be necessary post-accident.

Statute law, and in particular the Health and Safety at Work, etc Act 1974, places a duty on employers to ensure an employee’s “health, safety and welfare” and this includes with respect to mental health and stress. The HSE’s Stress Management Standards and the other guidance reinforce this duty.

Maybe it is now time that the issue of work-related suicide is taken more seriously and properly investigated by the HSE so that its true extent may be assessed. It is also a warning to employers to recognise that the effects of accidents and stress, etc can lead to probably the most tragic of all fatalities: suicide.

World Suicide Prevention Day (#WSPD) is set to take place on 10 September 2019, themed “Working Together to Prevent Suicide”, and serving as a call to all, including employers, to consider the role that offering support may play in preventing such deaths.

Employers need to carefully monitor the mental state of their employees. Warning signs to look for may include changes in patterns of behaviour, deteriorating relationships, an increase in drinking, smoking, drug taking, lateness, absenteeism, poor work performance, etc. Employers will also need to keep in touch with employees following accidents, to monitor the effects of the accident on the mental health of the employee.

Organisations should also be vigilant about workloads, and have policies in place to deal with bullying, insecurity, anxiety and other such issues that can cause distress in the workplace and, in some cases, contribute to driving workers to suicide.

What employer would want to experience such an awful event?