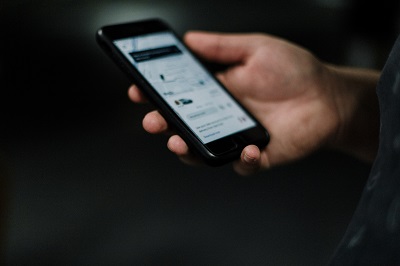 The coronavirus pandemic has highlighted the many advantages to technology; however, Uber has found that perhaps there is still a long way to go before technology can replace human beings. For the past couple of years, AI has been developed to a point where software engineers have argued that it will someday rival human jobs.

Putting this to the test, Uber created an algorithm to detect fraudulent activity among its drivers and allowed it the ability to dismiss them if such activity is found, but not before review from a human being. The ex-drivers in question are from London, Birmingham, and Lisbon. They contend that they were not given the opportunity to appeal the decision — contravening their rights under Article 22 of the General Data Protection Regulation (GDPR).

Uber's own definition of fraud “includes drivers assuming other people's identity or allowing other people to assume theirs; deliberately increasing the time or distance of a trip or delivery for fraudulent purposes or otherwise and confirming trip, order or delivery requests without the intention to complete”.

One of the claimants, from London, was dismissed after Uber alerted them that the algorithm had detected “irregular trips associated with fraudulent activities”. Dismissal of the other driver was after the algorithm had detected “the installation of and use of software which has the intention and effect of manipulating the driver app”. Another, from Birmingham, was dismissed because “a continued pattern of improper use of the Uber application” was found. The suspicions were never reported to the police and neither has evidence been provided to the ex-drivers for review.

A spokesperson at Uber has said that “Uber provides requested personal data and information that individuals are entitled to. We will give explanations when we cannot provide certain data, such as when it doesn't exist or disclosing it would infringe on the rights of another person under GDPR”. The ex-drivers have denied any fraudulent activity on their part and have taken the case to the Netherlands (Uber's data location) in hopes that the decision will be reversed, if not for the sake of their jobs at Uber but so their licence is not revoked. It will therefore be decided under the law of that country.

This case is ongoing and the first of its kind, so a lot of employers will be eager to hear the outcome as it may give some indication as to how UK courts would decide on such a case if brought before them.

Employment law in Great Britain says that employers should always use a fair and reasonable procedure when dismissing staff. For a dismissal to be fair, the employer has to show that the employee was dismissed for one of the following five permitted reasons:

The burden of proof is on the employer to show that one of the five permitted reasons was the true reason for the dismissal.

This case is factually tricky but, from an HR standpoint, the decision to dismiss staff using an algorithm may be perceived as unfair, even if valid, as it will be difficult to argue that its process was fair. This is because AI cannot yet mitigate a situation or bear witness in an appeal, or court proceeding, to justify its decision. As much as the development of AI has brought about phenomena like the Generative Pre-trained Transformer 3 (GPT-3), which can understand context, technology is yet to be developed to a point where it understands the nuances of human behaviour — such as holding the capacity to detect integrity, or adopt reasonableness.

Uber may lean on its argument that it still uses humans to make the final decision. However, a counterargument can be made that if the technology is being relied upon in the first place, the individual tasked with reviewing the cases may overtime become complacent, relying heavily on the AI even when its findings may be false.

There is no doubt that technology will only continue to advance and play a bigger role in our day-to-day lives someday. For now, this case has shown the cracks that are still visible on this road to technological singularity.

Updates will be made when a judgment is released or as the case progresses.