In this Special Report, Sara Wilson (DGSA) of Seil Synergies Ltd outlines the requirements for transport documentation for the surface carriage of dangerous goods. 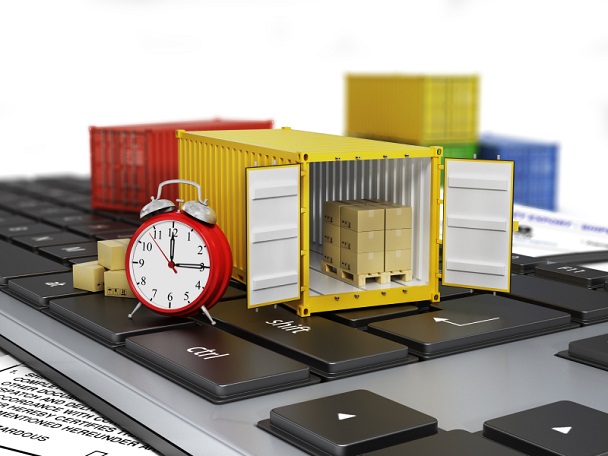 Dangerous goods transported by road, sea, air, rail and inland waterway are subject to regulatory control. This article considers the transport document required for the carriage of dangerous goods by the main transport modes used in the UK, that is by road and sea.

Since 1956 the United Nations has published Recommendations on the Transport of Dangerous Goods — Model Regulations, with the aim of protecting public safety. The Model Regulations are intended to control transport operations in order to prevent, or mitigate as far as possible, the effects of incidents or accidents involving dangerous goods, while providing a system that does not hamper the safe movement of such goods.

The UN Model Regulations are in a constant state of revision to take account of technical progress, the development of new substances with hazardous properties, and the requirements of modern transport systems.

While not regulations in themselves, the UN Model Regulations are addressed to governments and international organisations concerned with the safety and regulation of the transport of dangerous goods. They provide a framework of basic provisions into which the special requirements of national and international regulations for the different modes of transport (road, rail, marine, inland waterway and air) may be incorporated, thereby ensuring a degree of consistency between the modes and worldwide harmonisation.

The UN Model Regulations are adapted and implemented by regulations published for the different modes of transport. Those of interest for this article are as follows.

One of the vital aspects in the carriage of dangerous goods is the provision of information in the form of a transport document (often also known as Dangerous Goods Notes (DGNs)).

What is the transport document used for?

Communication of basic hazard information is necessary to enable vital decisions to be made concerning handling, segregation and stowage of dangerous goods, and also the actions to be taken in an emergency involving those goods. The UN's Guiding Principles, which supplement the UN Model Regulations, state that whenever dangerous goods are offered for transport, certain measures should be taken to ensure that the potential risks the dangerous goods pose in transport are correctly communicated.

Traditionally this has been accomplished by marking and labelling of packages and the placarding of transport units, and by the inclusion of relevant information in the dangerous goods transport documents. The basic items of information considered necessary for all categories of dangerous goods offered for transport by any mode are identified in Chapter 5.4 of the Model Regulations. However, it is acknowledged that it may be necessary for individual national authorities or international organisations to require additional information.

Are there problems with transport documents?

Unfortunately, experience shows that there is a significant problem when it comes to compliance with this provision of the dangerous goods regulations, and the consequences can be devastating.

Both the UN Model Regulations and the regulations for road and sea provide a template (multimodal dangerous goods form) for the format in which the transport document may be provided. However, it is the information required that is prescribed by these regulations, not the format of the document itself.

The situation is not the same for air carriage, where the Shipper's Declaration must use the same wording and format as the specimen declaration forms given in the International Air Transport Authority (IATA) Dangerous Goods Regulations. Consequently, very few use the multimodal (including air) format.

The information requirements of the transport document for road and sea may therefore be incorporated in other documentation, such as a delivery or consignment note. As well as the multimodal dangerous goods form found in the regulations, other organisations have produced standardised transport documents that may be used, such as the following.

Where a dangerous goods document extends over more than one page, the pages must be numbered consecutively.

The transport document — the medium, availability, archiving and language

The transport document is to be provided by the consignor of dangerous goods to the carrier, and must normally be carried in the vehicle during road transport (an exemption for low loads is described later). It may be provided electronically as long as the means used for data capture, storage and processing provide at least the same availability during transport as the hard copy document. The electronic data must also meet the same legal requirements (regarding evidence) that are provided by the equivalent paper document, and must have the capability of being provided to the carrier as a paper document.

A provision stemming from the GB regulations, and now found in both ADR and the IMDG Code, is the requirement for both the consignor and carrier to retain a copy of the transport document for a minimum of three months following completion of the journey. However, there may be other commercial legal reasons for archiving for a longer period of time. The retained documents can be held electronically, but must be capable of being printed out.

ADR requires the dangerous goods information in the transport document to be given in an official language of the forwarding country, but where that language is not English, French or German, a copy must be provided in one of these languages as well. However, provision is made for variances to this, by agreement between the individual countries concerned in the transport operation. Examples are as follows.

The full list of ADR Bilateral and Multilateral Agreements can be found here.

When dangerous goods are transported by sea in a vehicle or container, those responsible for the loading must provide a signed and dated container/vehicle packing certificate to the carrier, confirming that the loading operation was carried out in accordance with the following conditions.

The certificate takes the form of a signed declaration by the person responsible for packing/loading the vehicle/container: “I hereby declare the goods described above have been packed/loaded into the container/vehicle identified above in accordance with the applicable provisions.”

“The applicable provisions” here refer to the conditions described in the list above as found in section 5.4.2 of the IMDG Code. This certificate may be a separate document attached to the transport document, but is more commonly incorporated within the transport document, as can be found in the template provided in the UN Recommendations, ADR and the IMDG Code, and also in the SITPRO Dangerous Goods Note.

There has been much discussion in the past over who should sign the container/vehicle packing certificate, especially for groupage operations where several shippers are responsible for loading part loads into a container or vehicle. To help clarify the situation the Maritime & Coastguard Agency (MCA) has published a guidance note on the interpretation of the certification and vehicle/container packing certificate requirements.

This makes it clear that if the consignor loads the dangerous goods (including securing and correctly segregating the whole load for sea transport), affixes the placards and any marks to the cargo transport unit for sea transport and closes the whole container prior to transport to the ship, then he or she is responsible for signing the container/vehicle packing certificate.

However, in the groupage situation where the consignor passes the goods to another organisation for carriage, then the latter is responsible for the whole process of securing, ensuring correct segregation, marking and placarding for sea transport, and closing the container prior to transport to the ship. In this case, it is the secondary organisation, rather than the original consignor, who should sign the container/vehicle packing certificate.

The UN and the modes all specify the information to be provided, and they all have differences in requirements.

The basic items of information to be entered in the transport document for each of the dangerous goods offered for transport by any mode, are as follows;

There are additional information requirements for certain types of dangerous goods, as follows.

Additional requirements are also given in special provisions assigned in the dangerous goods lists to particular UN numbers, and can be found in Chapter 3.3 of the regulations.

Information required for the specific consignment is as follows.

The information provided must be easily identified, legible and durable. If both dangerous and non-dangerous goods are listed in one document, the dangerous goods should be listed first or otherwise emphasised in a suitable manner.

In addition to the basic information required by the UN Recommendations, ADR has further requirements, as follows.

Where agreed by the competent authority of the countries concerned, ADR 5.4.1.1.1 (h) allows the name and address of the consignee(s) to be replaced by the words “Delivery Sale”, when dangerous goods are to be delivered to multiple consignees who cannot be identified at the start of the carriage operation. This applies to journeys carried out entirely within the UK and is a useful relaxation for “milk round” operations such as deliveries of bottled gas to domestic properties.

Another relaxation to ADR found in Derogation 2 of the UK Carriage of Dangerous Goods: Approved Derogations and Transitional Provisions exempts consignments of classes 2 to 6 and 8 and 9, carried under the low load exemption of ADR 1.1.3.6, from the requirement to carry the transport document on the transport unit; however, the document must still be prepared and retained for three months.

As for ADR, there are some mode-specific provisions for the transport document found in Chapter 5.4 of the IMDG Code. The basic information is as prescribed by the UN recommendations. However, the following points should be noted.

The requirement for additional information to be given in the dangerous goods description for certain types of dangerous goods has already been mentioned briefly; perhaps of particular general interest are those for wastes and empty uncleaned means of containment.

It is seen from section 4.1.1.11 of both ADR and the IMDG Code that, unless empty, packagings that have contained dangerous goods are adequately cleaned or measures taken to nullify the hazard. However, for road transport, advantage may be taken of the ADR low load exemption, which permits an unlimited number of empty, uncleaned packagings (other than those that had contained dangerous goods of transport category 0) to be carried under the provisions of 1.1.3.6, although this exemption is difficult to apply to compressed and liquefied gases as it is difficult to determine the residual contents.

The general requirements for the transport document for the carriage of empty uncleaned packagings by road and sea are as follows.

However, ADR 5.4.1.1.6.2 provides for a simplified description to be used for dangerous goods (other than those of Class 7), where a more accurate description of the packaging is followed by the dangerous goods Class(es), for instance EMPTY IBC, 6.1 (3). This can make the transport document much easier to compile, eg when dispatching packagings that had contained various different flammable solvents.

Another useful relaxation provided by ADR (5.4.1.1.6.2.3) is the amendment of the transport document prepared for the full consignment, for use with uncleaned means of containment, ie both packagings and tanks, by striking out the quantity of the full load and replacing it by the words EMPTY, UNCLEANED RETURN.

When it comes to carriage in tanks, advice given in the HSE Carriage of Dangerous Goods Manual is that ADR does not make a special case for part loads and that where multi-drops are made using tanks, the starting document may be used until the tank is nominally empty, at which point the driver may then bring out a pre-prepared “empty document”, which does not have to be dated.

Where dangerous goods in excepted quantities are consigned by road with accompanying documentation, the number of packages must be given, accompanied by the statement “Dangerous Goods in Excepted Quantities”. For transport by sea, this information is required in addition to the dangerous goods description, in a transport document.