If there is one thing everyone can agree on, it is this: 2020 has been a year we won’t forget in a hurry. Ben McCarthy, lead researcher and employment law writer at Croner-i takes a look back on notable tribunal developments and tribunal rulings from this year. 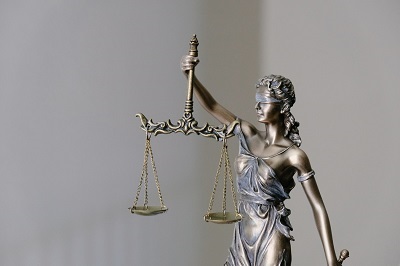 Already set to be a busy year for employment law, companies across the UK have spent the last eight months coming to grips with coronavirus restrictions, furloughing staff and, looking ahead to what Brexit is going to mean.

Courts in the UK have been subjected to the same coronavirus restrictions as everyone else, which undoubtedly has delayed them significantly. Nevertheless, there have still been a number of significant rulings this year that employers need to be aware of. Ben McCarthy, senior researcher and employment law writer at Croner-i, explores this in more detail below.

It was in early January when 2020 has its first significant ruling from the employment tribunal. This case concerned a self-identified ethical vegan, which is understood to be a form of veganism that goes further than removing all animal based products from one’s diet; it is a rejection of any and all practices that relate to animal exploitation. The claimant argued that his strict beliefs should be considered a “philosophical belief”, meaning he should be protected from discrimination on this basis.

The tribunal upheld his claim. In a preliminary hearing, it agreed that ethical veganism should be considered a philosophical belief and therefore be granted legal protections under the Equality Act 2010. This was because the claimant’s beliefs in ethical veganism met the tests required to be considered a philosophical belief — he structured his entire lifestyle around his beliefs, including what he ate, what he wore, how he travelled and the cleaning products he used.

While this is only a first instance decision, and the tribunal was clear that it only applied to the specific beliefs of the claimant, it was the first time it had been concluded that veganism should be protected under equality law. This means it is likely future tribunals will reach similar decisions, and employers should be aware of this.

In April, the Supreme Court delivered a judgment on vicarious liability, finding that Morrisons was not vicariously liable for the actions of an employee who illegally distributed personal data of nearly 100,000 staff. The data had included names, addresses, dates of birth, phone numbers, National Insurance numbers, bank account details and salary details. Morrisons had acted quickly in taking this information down and, following an investigation, the employee was convicted of fraud, securing unauthorised access to computer material and disclosing personal data. Despite this, over 5500 claimants brought action for compensation against Morrisons claiming they were exposed to the risk of identity theft and financial loss.

Both the High Court and the Court of Appeal had found that Morrisons was liable, but this was overturned by the Supreme Court. They held that although there was a temporal link between the employee’s role and his actions, this did not in itself give rise to vicarious liability. His employment had given him the opportunity to commit this act, but he had done so due to his own personal vendetta. The disclosure of this data had also not formed part of his usual duties.

This case suggests that employers will not always be held liable for the acts of employees under the doctrine of vicarious liability, however this will be very fact specific. Whilst the specific motivation of the employee was considered important here, this may not always be the case. To this end, it is important that employers are prepared to respond quickly to situations of this nature; all three courts praised Morrisons for the steps it took following the data breach.

In this case, an employee had brought a claim after it was discovered that she was being paid substantially less than male colleagues whose work was of equal value to her’s through a job evaluation study. To defend this claim, the respondent had tried to rely on a number of “material factors”, which can be used to justify disparities in equal pay. These focused on the claimant being newly promoted and being not as crucial to the company’s development as her colleagues.

In the first instance, the tribunal upheld her claim, finding that these material factors had been present prior to the study but not when it was actually held. However, the Court of Appeal later overturned this. They explained that the tribunal had failed to clearly explain how it had concluded these factors had ceased or diminished.

This ruling from the Court of Appeal reminds employers that, in situations where there is potential for an equal pay discrepancy, the crucial point is not whether it can be justified; it is whether it can be explained. In this case, the organisation was able to do this by identifying material factors when pay rates were set, and the claimant was unable to prove that the organisation had considered these no longer applied when the JES was conducted, and had failed to act on this.

Two foster carers sought to bring a claim against a local authority, however the authority argued that they were not able to do so as they were neither employees or workers. This was despite the authority having significantly more control over them than usual; making them complete a rigorous training programme, not have other paid employment, and only take holidays outside of placement.

The EAT held that while a lot of the terms of their contract were simply outlines of statutory obligations placed on foster carers, additional terms on the financial arrangements between the two, and powers of mutuality and control, went further than this and suggested employment. It went on to outline that, in situations where a local authority narrates the terms for which it is willing to authorise individuals to be foster carers, and these terms involve exercising control over its provision of this service, it will be up to tribunals to determine if there is an employment relationship.

It is important to remember that this outcome does not apply to all foster carers and, indeed, the judge was adamant that it should not be viewed as such. However, this ruling will now be considered in future disputes concerning foster carers across the country.

In this case, the claimant argued that a policy that stopped him from progressing more than one pay point per year indirectly discriminated against those under 50, including him, as older employees who had made it higher up the pay scale earned more money. The respondent argued that the policy was in place due to pay rise limitations implemented by the Treasury and was only supposed to be temporary.

Both the tribunal and EAT agreed that the respondent’s actions represented a proportionate means of justifying a legitimate aim, and that it had the right to take action to “balance their books”. On appeal, the Court of Appeal also upheld this ruling, finding that the company had acted correctly in its situation and that as the policy was only temporary the policy was justifiable.

While simply trying to “save money” is not justifiable for indirect discrimination on its own, it can be if combined with other factors, such as the need to balance the books. Whilst this outcome cements the idea of the so-called “cost-plus” rule, it is important to remember that these cases will always be very face specific.

Despite all the other issues faced this year, 2020 has continued to provide important case law developments to be aware of. Interestingly, there were some additional rulings expected this year that have not yet been released, including the long-running Uber employment status case, which we will now likely see in 2021.