We rely on nature’s abundance for raw materials and its natural systems to keep everything in balance. A functioning planet also means secure and stable societies in which to work and trade. So why is nature not more prominent in business planning? Laura King considers how businesses can start assessing their dependencies on the earth’s resources and systems. 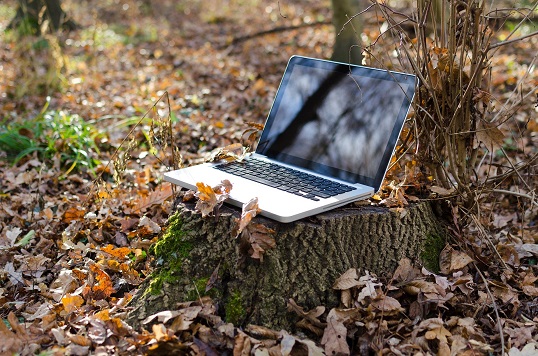 “There are no jobs on a dead planet”. This widely used quote is a stark reminder to any organisation that needs a healthy planet and thriving societies to operate. Which, when you think about it, includes most — if not all — businesses.

WWF’s last Living Planet Report highlighted the extent of nature’s importance. It stated that the world’s natural capital, that is the planet’s natural resources and systems, are worth US$125 trillion every year. For many, over a third of this value is deemed to be at risk. In an open letter to CEOs across the globe, Business For Nature, a global coalition of forward-thinking businesses and influential organisations, stated that “$44 trillion of economic value, is exposed to risks from nature loss”, arguing that: “natural resources and ecosystems that power your businesses and  underpin the economies and communities you are part of are under huge strain”.

The disruption caused by the loss of nature is hard to comprehend. But, consider this: Judge Business School at the University of Cambridge has predicted that the impact of Covid-19 over the next five years could result in a loss of GDP of between US$3.3 trillion and $82.4 trillion. Their mid-range consensus of the risk stands at US$26.8 trillion, a mere 60% of the $44 trillion at risk from nature loss.

The UK is not immune, and several recent studies have indicated that the country is lagging behind in its commitments to nature. One such report, published by the Institute for Public Policy Research (IPPR) in June 2020 described the UK as “acutely vulnerable” to environmental breakdown, with a 2019 report describing the UK as “one of the most nature-depleted countries in the world”. If transformational change is not seen, both reports argue that there is a high risk of collapse in social and economic structures as we know them.

Why has nature taken a backseat?

For one, nature is often a free resource with limited protections. For example, the recycling of water resources or pollination. Sadly, this often means that it is taken for granted. This also means that for many organisations that have wanted to improve their impact on nature, the focus has been on what is in-reach and doable, rather than what is enough to avoid environmental collapse in the long term.

Secondly, policies and legislation around nature are often not strong enough. If compared to the climate agenda, this becomes clear to see. From emissions trading and carbon reporting, to levies on energy, there are several mechanisms that coerce organisations to play their part and provide an indication on what “good” looks like. For nature, there are far fewer external drivers.

It is also harder to develop metrics. It is relatively easy to account for greenhouse gases, and organisations can identify well-reasoned targets for carbon reduction. As a nation, we also have a clear ambition outlined in the Climate Change Act. What is the equivalent for nature? And, practically, what does that look like for an organisation?

Answering these questions is what the Science Based Targets Network (SBTN) is currently trying to achieve. A partner organisation to the climate-orientated Science-based Targets Initiative, the SBTN is working to extend the science-based approach so that it includes nature.

The full approach is due to be launched in 2022, but interim guidance is due to be released later this year. The guidance will set out clear global principles and will include an outline for what organisations need to do to start the process of establishing appropriate nature-orientated goals.

What can companies do now to account for nature?

One way to start is by following the Natural Capital Protocol. The Protocol is a framework that aims to help companies understand and improve their decision-making processes with regards to nature. Step one of the Protocol looks at the “why”, and in the very first instance encourages organisations to delve deeper, and fully understand what natural capital is.

After gaining an understanding, a company might decide to use the Protocol if it already has some environmental management in place but wants to take this further. For example, a hypothetical example of Never Sleep Coffee International (NSCI), a major manufacturer and supplier of instant coffee is followed throughout the Protocol. NSCI has environmental targets and a good understanding of some of its key issues. However, despite this, management realise that it does not have a full appreciation of risks and opportunities, and that the company’s reliance on nature is bigger than previously realised. They use the Protocol to understand the impacts and dependencies that are more material to the business, so that they can put in place a long-term plan.

As well as understanding broader business dependencies on natural capital, companies need to understand their value chain and its touch points. This process is critical and recommended by the SBTN as part of the preparation they are encouraging organisations to do if they want to adopt better nature-based targets.

The SBTN suggests that companies do the following.

Although it should be recognised that science-based targets are often adopted by organisations with significant resources, understanding the supply chain is a good place to start regardless of company size. Without this information it is impossible to know which areas need to be prioritised, or which present the biggest risks to the company.

If considering nature is new to the business, look at ways of making the project more manageable perhaps by approaching one product or area first. This way, it can be approached in a similar vein to other innovations within the business.

Businesses can also take more immediate action to commit to a more resilient planet. One step might be to sign the Business For Nature’s Call to Action recognising that nature is everyone’s business. Business For Nature intends to use the body of signatories to demonstrate to governments and policy-makers the urgency and desire for better governance around reversing nature loss.

Join a community of practitioners

There are others also looking to adopt better practices around nature. Talking and sharing ideas is a powerful way to strengthen understanding and to think in new and innovative ways. Pre-competition collaboration is one way forward, for example, through the Natural Capital Coalition and its regional platforms.

Nature and its systems are fundamental to life on earth as we know it; and by that virtue, our businesses, livelihoods and way of life.

Businesses can respond by: