Barrister Robert Spicer examines some cases that provide guidance in this area. 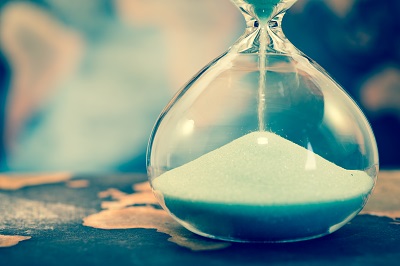 The Limitation Act 1980 states, in general terms, that civil actions for compensation for personal injuries must be brought within three years from the date on which the cause of action accrued or, in certain circumstances, the date on which the injured person first knew that he or she had a claim.

Section 33 of the Act mitigates this rule. It states, in summary, that a court may allow a claim to proceed after three years having regard to any prejudice to the claimant or to the defendant. In exercising its discretion under s.33, the court must consider all the circumstances of the case including the length of, and the reasons for, the delay, and the extent to which the evidence in the case is likely to be less cogent than if the claim had been brought within the time limit.

In the case of Pearce and Others v Secretary of State for Business, Energy and Industrial Strategy and Others (2018), the High Court gave guidance on the issue of the balance of prejudice in historic claims for compensation.

A group litigation was brought by a large number of former employees of British Coal, alleging that they had contracted various occupational diseases, including chronic bronchitis, caused by exposure to coke dust and fumes in the workplace.

The High Court dealt with a claim brought by the widow of Mr Nicholls. He was employed by British Coal at Nantgarw from 1968 to 1985. He died in 1997 and he knew of his injury in 1983. Breach of duty was admitted by British Coal. The only issue was that of limitation. The delay in the case was approximately 25 years. On behalf of the defendant, it was argued that the deceased was unable to give evidence about his symptoms and that hospital records had been destroyed eight years after his death.

The court made the following points.

Another case related to this issue is Sayers v Lord Chelwood (deceased) and Lady Chelwood (2012).

The facts of the case, in outline, were that S was employed by LC as a forester and gardener from 1981 until 2000. During his employment, he was exposed to noisy work equipment. By 2000 he was suffering from tinnitus and hearing loss. He claimed that he had told LC about this before 1989.

In 2000 he started new employment. In 2002 his new employers gave him a health check. He was advised that he might be suffering from noise-induced industrial hearing loss. In 2005 he was referred to a hospital ENT department by his own doctor. He was examined and advised that no abnormality had been found and that he was suffering from age-related hearing loss. A review one year later referred to noise-related hearing loss and tinnitus. He was fitted with a digital hearing aid.

In October 2006 S instructed solicitors to claim against LC. A letter of claim was sent in 2008. Proceedings were started in 2009 and a claim form was served in 2009.

LC denied negligence. On their behalf, it was argued that the claim was time-barred. At a first hearing, the judge ruled that S’s date of knowledge, for limitation purposes, was December 2006 when he was first advised by his solicitors that he had a claim. He exercised his discretion under s.33 to allow the claim to proceed. LC appealed to the circuit judge, who ruled that the date of knowledge was 2002 and the claim was time-barred.

S appealed to the Court of Appeal. He accepted that his date of knowledge was 2002 but argued that the circuit judge should have exercised his discretion to allow the claim to proceed.

The Court of Appeal dismissed the appeal and made the following points.

In the case of Sykes v Chief Constable of West Yorkshire Police (1997), S, a policeman, had worked as a firearms instructor from 1978 until 1983. During that time he was exposed to the noise of 1 million pistol shots and 300,000 shotgun rounds. Between 1979 and 1980 he became aware of a ringing in his ears. Although this became a source of constant discomfort, S was concerned about his promotion prospects and did not complain. He did not seek legal advice until January 1994. He started legal proceedings in January 1996. An application was made for a preliminary hearing on the question of limitation. The county court ruled as follows.