Announcing Royal Assent for the Health and Care Bill, the Department of Health and Social Care (DHSC) said dedicated plans to tackle “health disparities” are also set to be published in due course. In this feature, Christine Grey looks at the latest developments in addressing the crisis of health inequalities in the UK. 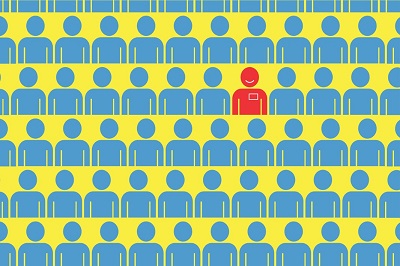 The issue of health inequality has long been on everyone’s mind in health and social care; the Covid-19 pandemic has only exposed and exacerbated these inequities. While steps are being taken towards tackling this on a national level, innovation and work on a local level are also being encouraged to improve health outcomes and influence policy and practice more broadly.

What is health inequality?

“Health inequality”, as defined by The King’s Fund, is “unfair and avoidable differences in health across populations and between different groups within society”; this can be differences in mortality rates or life expectancy between people from different socio-economic classes or different parts of the country. National divisions include north-south, rich-poor, male-female and London versus the rest of the country.

The UK has high levels of health inequality and preventable illness compared to other developed countries and is one of only two OECD countries where life expectancy has fallen over the past 11 years, according to the Royal College of Physicians (RCP).

Consensus on the need for cross-government action

The RCP’s View on Health Inequalities illustrates how this affects real people’s lives. It suggests that, ultimately, progress will only be made by looking beyond the role of the DHSC and the NHS. To prevent ill health in the first place, “action must be taken on issues such as poor housing, food quality, communities and place, employment, racism and discrimination, transport and air pollution”.

In an interview with the RCP in March, Health and Social Care Secretary Sajid Javid said he also recognised that the pandemic had given an insight into existing inequalities and that tackling the problem must extend across all government departments.

The college has been lobbying the Government for just this, calling for an “explicit cross-government strategy to reduce health inequalities” that would be led by, and accountable to, the Prime Minister, and would include targets and evaluation metrics that go beyond the Government’s aim of increasing healthy life expectancy by just five years over the next 14 years. The Health Foundation’s analysis showed that, at that rate, a return to pre-pandemic trends would take 192 years to achieve.

A report by Chief Medical Officer Professor Chris Whitty focused on the fact that the worst health outcomes in England affect those who live in coastal areas. The report joined calls for a national, cross-government strategy to improve the health and wellbeing of coastal communities, including a plan for the ageing population in these areas, to complement local and regional initiatives.

Recently, the Government confirmed that a strategy to address health inequality will be included in the White Paper on health disparities expected to be published later this year.

Throughout the passage of the Health and Care Bill, the RCP lobbied for stronger provisions on health inequalities in integrated care and health system reform. It welcomed amendments 6 and 8 to the Bill — which clarified that the first two elements of the “triple aim” include health inequalities — and claims that this gives NHS England a statutory duty to declare the powers available to NHS bodies to collect, analyse and publish information on inequalities in access and outcomes, which will “ensure the NHS can play the fullest role possible in tackling inequity”.

It also believes that the Government’s Levelling Up White Paper had “great potential to be a catalyst to tackle health inequalities”, although RCP President Andrew Goddard said it lacked “the substance, and funding, we were hoping for”.

The college did, however, welcome the launch of the Office for Health Improvement and Disparities (OHID), a cross-government ministerial board on prevention which hopes to reduce health inequities and combat the top health risk factors such as obesity, smoking and alcohol consumption. It has just published its Wider Determinants of Health Tool: February 2022 to give the public health system better intelligence on wider determinants of health, and a new health inequalities dashboard is due to be published in June.

Support for innovation at a local level

In the British Medical Association’s (BMA) northeast region, sections of the population face lower life expectancy than they did in 2010. The association has called on central Government to provide more resources to allow the health service time to intervene. And, while it says full responsibility for reducing health inequalities “should not be laid at the feet of busy clinicians”, it recognises how difficult it is for doctors to see “the human cost of worsening health inequalities” in their patients.

The BMA created a toolkit in 2020 for this purpose, making it easier for doctors to take action. It comprises three tiers demanding varying degrees of time and resources: from campaigning on health inequalities to investing in the health education of the local population or appointing teams to broaden the expertise available to health professionals.

The Care Quality Commission (CQC) has indicated that one of the core ambitions of its new strategy is to tackle inequalities in access, experience and outcomes. It said it will be encouraging GPs to reduce health inequalities in areas of deprivation through better regulatory recognition and the sharing of best practice, and, with funding from the Regulators’ Pioneer Fund, it will identify and help practices demonstrate the innovation they have used to do this.

The King’s Fund has collaborated with allied health professionals (AHPs) to produce My Role in Tackling Health Inequalities, a framework designed to support AHPs to tackle health inequalities and understand how to raise awareness in their communities. Clinicians are asked to consider their care for individuals, the team in which they work and the services they provide, thinking about the communities and networks they work with and for, and considering the health and care systems they are part of.

With the passage of the Health and Care Act 2022 and a promise of a White Paper on health disparities, interventions will be filtering into national legislation. New OHID data and indicators feeding into an upcoming strategy will hopefully provide more meaningful targets and outcomes on health inequalities this year. Calls appear to be heard for a broader approach that refuses to confine responsibility for national health inequalities to the NHS alone, while more, exciting initiatives that are driven by grassroots health teams will hopefully be identified, supported and shared in 2022.