On 16 December 2020, the Supreme Court gave judgement in the case of R (on the application of Friends of the Earth Ltd and others) v Heathrow Airport Ltd. Heathrow Airport Ltd had appealed against a Court of Appeal decision that the Secretary of State had acted unlawfully. 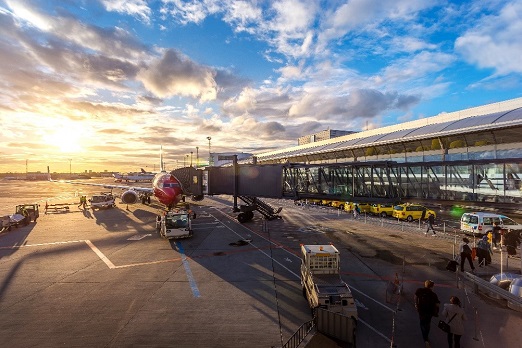 The Airports National Policy Statement (ANPS) is the national policy framework which governs the construction of a third runway at Heathrow Airport. Applications for development consent to build the third runway must be considered in relation to ANPS.

In 2015, the Secretary of State for Transport accepted the case for airport expansion and announced that the North West Runway (MWR) scheme was preferred.

Friends of the Earth and Plan B Earth challenged the lawfulness of ANPS on a number of legal grounds. At first instance, the claims were all dismissed. On appeal, the Court of Appeal stated that the Secretary of State had acted unlawfully in failing to take the Paris Agreement into account when designating the ANPS.

Heathrow Airport Ltd (HAL) appealed to the Supreme Court. It stated that it had already invested a large sum of money in promoting the NWR scheme and wished to make an application for development consent.

The Supreme Court allowed HAL’s appeal and made the following points.

This was the first significant legal ruling in the world based on the Paris Agreement. It meant that the airport could now seek a development consent order.

Before the coronavirus pandemic, Heathrow was one of the world’s busiest airports with 80 million passengers a year. A third runway would mean 700 more aircraft a day and would result in a significant rise in carbon emissions.

A spokesperson for Plan B Earth is reported to have commented that the really damaging thing about the Supreme Court ruling was its precedent for other cases.

The head of legal at Friends of the Earth commented that they were disappointed but pleased that the judgement confirmed their view that climate impacts would still need to be fully determined at the planning stage. Heathrow airport expansion remained in doubt and harder than ever, given the UK’s increasingly stringent climate policy. They were in this for people everywhere facing climate breakdown and for the next generation who were being left to inherit a world changed for the worse.

The Stay Grounded campaign commented that approving the third runway was a betrayal of our children’s future and incompatible with the UK’s climate commitments. It condemned the reckless and irresponsible verdict, but the fight was far from over.

On behalf of the campaign group, Back Heathrow, it was commented that this was an important moment for local communities desperate for jibs and apprenticeships.

It was a huge moment for the UK as it moved towards an uncertain Brexit, but now with the confidence that international trade could be boosted by additional capacity at the country’s only hub airport. It was an opportunity to progress while also meeting the country’s carbon reduction targets by 2050.

A Heathrow spokesman is reported to have commented that this had been the right result for the country. Only by expanding the UK’s hub airport could we connect all of Britain to all of the growing markets in the world, helping to create hundreds of thousands of jobs.

Heathrow had already committed to net zero and the Supreme Court ruling recognised the robust planning process which would require the airport to prove that expansion was compliant with the UK’s climate change obligations, including the Paris Agreement, before construction could begin.

Get expert Navigate-Transport updates for free