On 8 April 2021, Mark Foley and his company were sentenced at Bristol Crown Court for illegal waste operations at Stowey Quarry in Somerset. 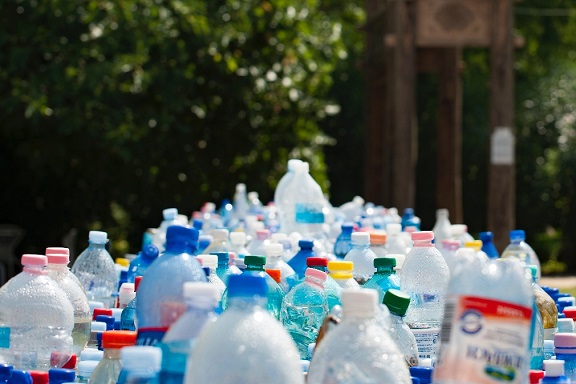 During the first nine months of 2016, 100,000 tonnes of waste was deposited at Stowey Quarry, a former limestone quarry near Chew Valley reservoir in Somerset. The illegal operation, which collected and disposed of waste from across England, was one of the most serious risks to environmental harm for 30 years. The site was run by ME Foley (Contractors) Ltd under an environmental permit. The waste included plastic, foam and other materials which were illegally deposited at the site.

Stowey Quarry was only permitted to accept clean and non-hazardous material, including soil and construction waste for recovery purposes, for constructing bunds and embankments at the quarry. Foley was responsible for checking waste arriving at the quarry to ensure that it was suitable. This requirement was routinely flouted.

The Environment Agency carried out an investigation to assess the potential risk to human health and the environment from illegal waste activities at the site. Samples taken from trial pits and bore holes showed a high concentration of chopped and shredded plastics, metals, foam and other man-made material. About half of the samples were hazardous and carcinogenic and/or ecotoxic.

Monitoring of landfill gases and the sampling of streams near the site revealed an elevated concentration of gases and leachate appearing on the surface of surrounding fields. It was also as though contaminants may have leached through soil from the quarry to Chew Valley Lake, which is a source of drinking water.

The company misleadingly described much of the waste arriving at the quarry as soil substitute. This was a deliberate attempt to circumvent the rules. The storage and disposal of the hazardous material was in breach of the environmental permit which allowed the disposal of only clean/inert waste.

The company dishonestly accepted the wrong type of waste but also gave false information about its amount. The Agency checked waste transfer notes from waste producers and hauliers. It estimated that in 2016 almost 95,000 tonnes of waste was deposited at the quarry. This was double the amount declared by the company.

The Agency also investigated the amount of waste deposited at the quarry since the operation started in 2012. It estimated that the true total was 200,000 tonnes, which was well above the 65,000 tonnes which the company was permitted to store for the purposes of restoring bunds and embankments using clean, inert waste.

The Agency repeatedly warned Foley about breaches of the environmental permit but the illegal tipping and waste disposal continued. In October 2016, the Agency served ME Foley (Contractors) Ltd with a suspension notice which cancelled its permit with immediate effect and stopped the site from operating.

Mark Foley and his company were charged with contravening an environmental permit and disposing of controlled waste in a manner likely to cause pollution or harm to human health. The prosecution stated that Foley’s company allowed to be dumped, shredded fragmented waste, automotive shredded residue, domestic waste, mixed and other waste.

A spokesperson for the Environment Agency is reported to have made the following comments after the case.

Before the case was heard, it was estimated that the minimum cost of cleaning up the pollution was more than £50 million. If the contaminants leached into the Bristol city water supply, the cost could be £9 billion.

During the course of the prosecution, the Environment Agency made the following points.

The Environmental Protection Act 1990 replaced the Control of Pollution Act 1974 and introduced new regulations for improved management systems related to waste and pollution. Much of the Act has been repealed and replaced, but the regulations introduced by it remain as a framework for later legislation.

The Act of 1990 includes the following.

The Act remains fundamentally important for environmental regulation in the United Kingdom. Companies need to be aware of their responsibilities under the Act, so that they can evaluate their environmental policies and ensure compliance with its provisions.

Companies which do not properly understand the Act of 1990 and accompanying regulations risk harming the environment and damaging their business.

The effective management of environmental impact may result in increased costs. However, fines for failing to comply with the legislation may be far more costly. Serious breaches of the Act and regulations may result in heavy prison sentences, as illustrated by the Foley case.