In 2017, the Care Quality Commission (CQC) published a summary report of the findings of its initial programme of inspections of GP services in England.

What does the report say and what are the common themes identified by inspectors? Martin Hodgson investigates. 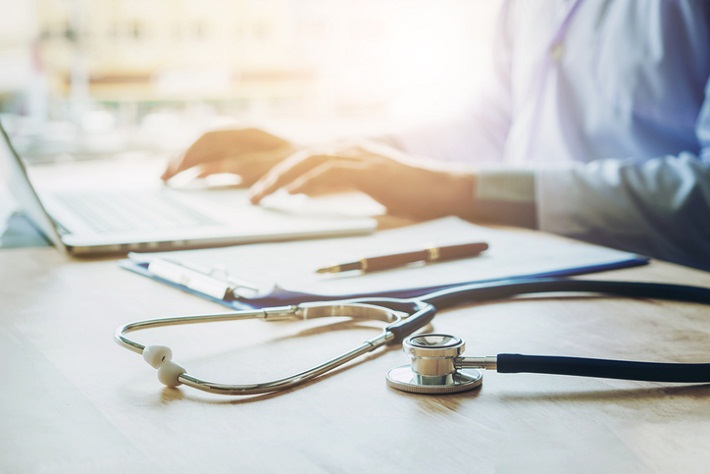 The data used in the report

The State of Care in General Practice 2014 to 2017 presents data drawn from the ratings given to GP practices across England by CQC inspectors.

During inspections, GP services are given an overall rating on the following scale:

The overall rating is a combination of ratings from five key-questions.

The CQC points out that the report is the first time the regulator has been able to report on all 7365 GP practices in England. The CQC states that it completed its initial programme of comprehensive inspections in January 2017, but the data used in the report was extracted the following May in order to allow all inspection reports and ratings to be published.

Taken together the data has, the CQC states, provided a unique opportunity for it to have an “unprecedented detailed view” of the current quality of primary care.

The data is presented both as overall ratings and as the ratings data for each of the five key-questions. Regional variations are identified through an analysis of GP practices within clinical commissioning group (CCG) and government regional office areas. An analysis is also completed of the quality of care for certain population groups, including:

Headline figures from the ratings data include the following.

The ratings received for the “are services caring” key-question achieved the best ratings. Here, 92% of practices achieved “good” on their initial rating and 3% gained an “outstanding” rating. By May 2017 the percentage of practices achieving a rating of “good” had risen to 94%.

The CQC estimates that the ratings data means that nearly three million people in England have access to care from practices rated as “outstanding” overall.

Of all the health and care sectors that the CQC regulates and rates, the report states that GP practices have consistently received among the highest ratings. Set against the challenges faced by the sector — including the widening gap between the demand from a growing population of people living longer with complex medical needs and the capacity of general practice to meet these needs — the CQC concludes that the achievement of 9 in 10 practices being rated as providing “good” or “outstanding” care to their patients is all the more commendable.

In the report, the CQC highlights many examples of new and innovative practice which they want to share in the hope that they inspire others to copy and adapt them. However, they also note what they call “pockets of persistent poor care” where care has fallen short of the quality that patients should expect to receive.

The CQC reports that the main issues found relating to safety included poor systems and processes to manage risk so that safety incidents are less likely to happen again. These apply to many areas, such as safeguarding, effective administering of medicines and vaccines, managing serious incidents, and having appropriate equipment and medicines for emergency use. Inspectors report finding practices that had “no arrangements” for acting on patient safety alerts.

The report states that a good safety culture within a practice is a result of leading by example, with partners and managers instilling this within the team. However, as well as lack of basic systems of management and out-of-date systems or processes, inspectors report seeing cases where a lack of governance around recruitment could have resulted in patients receiving unsafe care from a member of staff who was unqualified for their role.

Examples noted of “outstanding” performance related to the caring key-question included “extra special” end-of-life care and bereavement care, and practice staff responding to more vulnerable people from the moment they walk in, from receptionists to GPs. The report notes that practices using multiple locums to address persistent staff shortages, with the result that care was not always person-centred, was a cause of poorer ratings, as were situations where patients had problems accessing an appointment.

Practices rated as “outstanding” for the effectiveness key-question went above and beyond set targets, such as Quality and Outcomes Framework (QOF) targets, and were seen to be more proactive in identifying patients’ needs and meeting them. This was also reflected in the “responsiveness” key-question where “outstanding” practices were those that went “the extra mile” for vulnerable patients, for example, holding surgeries in other locations or providing free taxi services to help with access issues.

Practices that respond well to the needs of particular demographic groups received high ratings for responsiveness, for instance, practices with a specific interest in care for homeless people.

The report states that inspectors view effective leadership as being vital in providing high-quality care, hence those practices that rated highly on the “well-led” key-question were those who had a clear business plan, developed with the involvement of practice staff, which identified areas where they might be weak or need improvement. The practices had a strategic plan to address any identified weaknesses and planned for the future, especially around staffing and succession planning.

Where the quality of leadership was rated as poor the report states that inspectors noted gaps in safe systems and processes and “failures in communication” between the leadership team and staff. In some cases inspectors reported no regular practice meetings being held, meaning that there was no sharing or learning from significant events.

Going forward, the report states that the CQC will “continue to champion general practice” by using its findings from inspection to highlight the strengths of the sector and promote innovative practice.

The report reminds GP practices that the CQC will be embarking on its “next phase” of regulation whereby, from November, regulated services will be rated using criteria set out in the new inspection guidance, Key Lines of Enquiry, Prompts and Ratings Characteristics for Healthcare Services. Learning from the inspections completed so far, as reflected in the State of Care report, will be used to refine the new approach which the CQC states will be “more targeted” on those services in need of improvement.

The full State of Care report can be downloaded from the CQC website.