Barrister Robert Spicer reports on foreseeability and the standard of proof required in cases of alleged suicide. 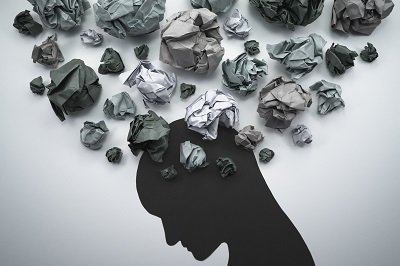 Analysis from the Office for National Statistics in 2017 considered English suicide rates broken down by occupation, and confirmed the strong link between suicide and certain types of occupation. Low-skilled manual labourers are three time more likely to take their own lives than the national average. Nursing staff, primary school teachers and agricultural workers are also at an increased risk of suicide. Job insecurity, zero-hour contracts and workplace downsizing are contributory risk factors.

Employers have a legal duty to provide a safe working environment for employees. This includes a duty to address any issues which may cause workers to have suicidal thoughts, including workplaces stress, bullying and harassment.

There are no reported cases of employers having been prosecuted under health and safety legislation where a worker has taken their own life because of workplace pressures.

In the recent case of R (on the application of Maughan) v HM Senior Coroner for Oxfordshire (2020), the Supreme Court gave guidance on the standard of proof required in alleged suicide cases.

The facts, in outline, were that in July 2016 M died at Bullingdon Prison by hanging in his prison cell. At the inquest the coroner decided that the jury could not reach a conclusion of suicide because it could not be sure beyond reasonable doubt that M had intended to kill himself. He asked the jury to make a narrative statement on a balance of probabilities. The jury stated that M had a history of mental health issues and, on a balance of probabilities, he intended to hang himself and increased vigilance would not have prevented his death.

The Court of Appeal dismissed the appeal and M’s brother appealed to the Supreme Court.

The appeal was dismissed. The Court ruled as follows.

In the case of Kiani v Land Rover Ltd (2006), K worked as a cleaner at LR’s factory. He was found dead in a sub-floor coolant tank which was managed by employees of C, another company. K had died of asphyxia and was found relatively uninjured.

K’s son claimed compensation from L and C in respect of his father’s death. At first instance it was found that both LR and C had been in breach of the Workplace (Health, Safety and Welfare) Regulations 1992. Their defence, that K had probably committed suicide, was rejected. The court found that K had fallen into the tank through a hatch which had been left open, despite evidence from a health and safety expert who stated that he could not imagine a situation where K could have passed through the hatch without suffering appreciable injuries.

LR and C appealed to the Court of Appeal. That court dismissed the appeal and made the following points.

Another example of the relationship between health and safety and suicide is the case of Corr v IBC Vehicles Ltd (2006). C was struck on the head by a panel of sheet metal in his workplace. Almost six years later he committed suicide by jumping off the top of a multi-storey car park. His widow claimed compensation from his former employers.

The claim failed and the High Court stated the following.

On appeal, this decision was reversed on the following grounds:

Employers need to be aware that the Supreme Court decision in the Maughan case appears to have modified the standard of proof in alleged suicide cases.

The legal duty of employers in relation to workplace issues which may contribute to suicides may now be easier for prosecuting authorities to establish.

The civil liability of employers in relation to workers who take their own lives may also be subject to a lower standard of proof.