When is smoking a health issue and when is it a human rights issue? Barrister Robert Spicer reports on the key cases. 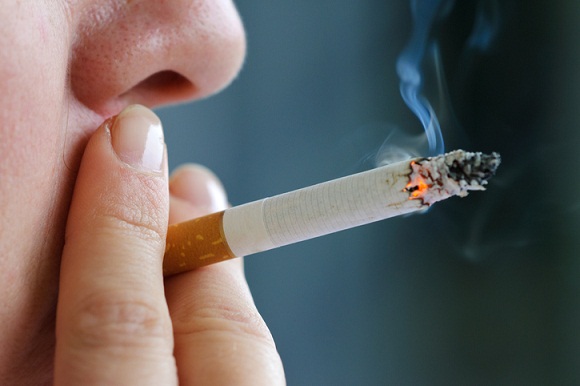 This feature was originally published in September 2017, but has been updated to include the Supreme Court Decision on R (on the Application of Black) v Secretary of State for Justice.

In the case of R (on the Application of Black) v Secretary of State for Justice (2017), the Supreme Court has ruled that the smoking ban imposed by the Health Act 2006 does not apply to Crown premises. This decision affects anyone living in, employed to work at or visiting, any Crown premises, including prisons.

This upheld the 2016 Court of Appeal ruling in Secretary of Justice v Paul Black that the Crown (the Government) was not bound by Part I of the Health Act 2006 to ban smoking in public prisons. B, is serving an indeterminate prison sentence at HM Prison Wymott in Lancashire. He suffers from a range of health problems exacerbated by frequent exposure to second-hand smoke, in particular on prison landings, in laundry rooms and in healthcare waiting rooms. He complained that prison smoking rules were being flouted and should be made legally enforceable under Part I of the Health Act 2006.

Part I of the 2006 Act makes provision for the prohibition of smoking in certain defined smoke-free premises and places. A special exemption was made for prisons.

However, the appeal case rested on a long-established constitutional rule that Acts of Parliament are presumed not to bind the Crown unless explicitly stated (although the Crown can be bound if the legislation implies so and would be meaningless without it).

The Supreme Court dismissed the appeal and made the following points.

E was a patient at Rampton high security psychiatric hospital. He complained that a smoking ban introduced at the hospital, as a consequence of the NHS Trust’s policy and the Smoke Free (Exemption and Vehicles) Regulations 2007, was a breach of his rights under Article 8 of the European Convention on Human Rights (ECHR). This Article states, in outline, that everyone has the right to respect for his private and family life, his home and correspondence. The 2007 Regulations prohibited smoking within enclosed spaces and permitted smoking to continue in outside spaces. The NHS Trust’s policy banned smoking both inside and outside, subject to very limited exceptions. The basis for this ban was that security reasons prevented the Trust from allowing patients to smoke outside.

On behalf of E it was argued that Article 8 of ECHR protected a person from interference by the state with that which he chose to do within the privacy of his own home. If that was correct then E’s life, detained in Rampton, could be equated with life at home. The claim was dismissed by the High Court. E appealed to the Court of Appeal. That court dismissed the appeal. It made the following points.

The Health Act 2006 required, in summary, that all premises used by the public must be smoke-free by 1 July 2007. Rampton was a place of work and had to be smoke-free unless exempted by regulations. The 2007 Regulations permanently exempted prisons, but only gave temporary exemption to mental health units.

Smoking in the workplace has given rise to a number of decided cases. For example, in Dryden v Greater Glasgow Health Board (1992), Ms D was employed as a nursing auxiliary. She was a heavy smoker. In 1991, her employer banned smoking on its premises. Ms D resigned because she could not work an eight-hour day without smoking. She complained of constructive unfair dismissal. The Employment Appeal Tribunal (EAT) decided that she had not been constructively dismissed because there was no term implied in her contract of employment which gave her the right to smoke at work. The general principle was that, where a rule is introduced for a legitimate purpose, the fact that it bears harshly on a particular employee does not justify an inference that the employer has acted in such a way as to repudiate the contract of employment.

Another example is Waltons & Morse v Dorrington (1997). D worked as a secretary in a firm of solicitors. Her office was adjacent to three rooms occupied by heavy smokers. Smoke from these rooms drifted into the area where D worked. When the air quality became poor, she was allowed to leave the building for fresh air. The firm was not prepared to improve ventilation, despite it being a risk to D’s health. She resigned and complained of unfair constructive dismissal. The EAT upheld the complaint. It stated that even if working in a smoky atmosphere could not be proved to amount to a risk to D’s health, it had certainly affected her welfare. The firm could have provided a suitable working environment by asking smokers not to smoke.

For more detailed information on the law relating to smoking at work, drawing up a smoking policy and supporting employees who may want to give up, see your Smoking at Work topic.