As many as one in three fatal road crashes in Britain involve someone driving for work and yet too often, at-work drivers are expected to prioritise schedules over safety, tempting them to speed. Vicky Powell looks at some practical steps employers can take to reduce the risk of employees speeding, as well as other common occupational road risks, while still boosting the bottom line. 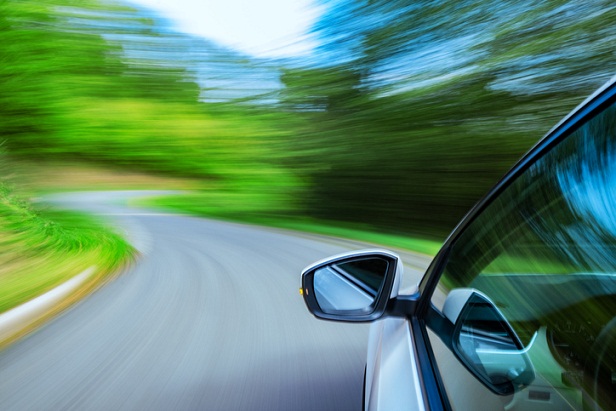 The dangers of speeding on the UK’s roads will be the message at the heart of this year’s Road Safety Week, taking place from 20 to 26 November 2017.

According to the road safety charity, Brake, in the UK speeding is still a major problem.

Breaking the speed limit or travelling too fast for conditions was recorded by police at crash scenes in Britain as a contributory factor in 23% of fatal crashes in 2015. Furthermore, a recent Brake survey found that 4 in 10 UK drivers admitted they sometimes drive at 30mph in 20mph zones.

In the context of occupational road risk, Brake warns that at least 1 in 3 (31%) fatal crashes and 1 in 4 (26%) serious injury crashes in Britain involve someone driving for work.

However, this is likely to be a substantial underestimation as the journey’s purpose is not always recorded by the police at crash scenes, and unlike other work-related incidents, deaths and injuries caused while driving for work are not reported to the UK’s Health and Safety Executive (HSE).

Brake says that all too often at-work drivers are expected to prioritise schedules over safety, tempting them to speed. Indeed, a survey of drivers in Britain, France, Germany and Spain found that 37% of those who admitted speeding said they did so due to pressure to meet schedules.

Certainly, excessively tight schedules can lead to all sorts of problems, not least that of drivers speeding. In November last year, BBC One broadcasted an undercover investigation by one of its reporters who got a job with an agency supplying drivers to the delivery wing of the internet giant Amazon, in the south of England.

The report claimed that Amazon delivery drivers regularly work “illegal” hours and receive less than the minimum wage, with drivers telling the undercover reporter they were expected to deliver up to 200 parcels a day. Some drivers admitted breaking speed limits to stay on schedule, while others said time was not allowed for toilet breaks.

In response, Amazon told the BBC it was committed to ensuring drivers drive safely and legally, and are “fairly compensated”.

More recently, the November 2017 decision from the UK’s Employment Appeal Tribunal (EAT) that Uber drivers are in fact “workers” and entitled to a wide range of employment rights — and similar cases involving Deliveroo, a food delivery company, and the taxi firm Addison Lee — will continue to keep health and safety protections for at-work drivers operating within the digital economy under the spotlight in the forthcoming months.

Speeding drivers: what to do?

Brake has warned that at-work drivers are more susceptible to a wide range of risks, including speeding. For example, a Brake survey of drivers found that people who drive for work are more likely to speed, use a mobile phone at the wheel, drive when sleepy, and drive while distracted by stress, than people who do not drive for work.

The road safety charity says employers should regularly review schedules and routes to allow time for delays and ensure drivers are not put under pressure to speed. A healthy corporate culture will come into it — drivers should be clear that safety comes first, and that they should never endanger themselves and others by speeding to meet a schedule.

The law is clear that employers have duties for on-the-road work activities. The Health and Safety at Work, etc Act 1974 states employers must ensure, so far as reasonably practicable, the health and safety of all employees while at work. Employers also need to ensure that others are not put at risk by their work-related driving activities.

In particular, Brake advises employers to make sure their crash reporting systems are robust, as a simple way to monitor at work drivers and identify who might be in need of further training or other interventions.

The charity says employers should record all incidents involving staff driving for work, including bumps, scrapes and near misses, to help identify common causes and possible solutions. For example, the charity says frequent scrapes or wing-mirror damage may indicate a need for remedial training on reversing and manoeuvring.

Drivers should be made aware of the importance of reporting all incidents, however minor, and be aware of reporting procedures. The charity advises that staff should be interviewed following serious incidents to determine why the incident occurred and how it could have been avoided.

Using technology may also prove helpful in monitoring speed and driver behaviour. According to Brake, a study of telematics in US trucks fleets found its use reduced speeding by up to 42%, and improved fuel economy by up to 9%. Another study found video monitoring of drivers, when used alongside constructive manager feedback, can reduce risk-taking by half.

Evaluating the benefits of MORR

The HSE has pointed out that effective management of occupational road risk (MORR) offers benefits, no matter what size the organisation is. It could also result in, for example:

Driving is often the most dangerous work activity that most people do, and almost every organisation uses the road in some way - yet occupational road risks can easily remain under the radar. However, the research shows that when organisations tackle these risks and put in place suitable control measures, they can and do reap financial cost savings, along with the avoidance of incalculable potential human suffering.

As a case in point, Tesco.com, the home delivery element of Tesco, recognised that it had an unacceptably high incident rate with its home delivery vans. These incidents and damaged vehicles had a visual impact on the company’s image.

Following a review of the company’s driving policies and procedures, it was found that a more consistent level of driver training was required across the country.

Working with a range of organisations, Tesco implemented a new training and development programme, with supporting policies and procedures.

As a result, the company’s van damage — so-called bent metal costs — went down by 23% while accident rates declined. In one trial in North London this decline was a massive 40%.

Drivers also reported feeling more valued and listened to, thanks to the changes, and retention rates improved significantly, with a positive impact on recruitment costs.

In future, Tesco plans to pilot telematic information from black box technology fitted to vans to improve road safety and improve fuel efficiency. Early indications have shown a 10% fuel saving within trial stores, reinforcing advice from Brake on the value of such systems.

Get expert Transport-inform updates for free