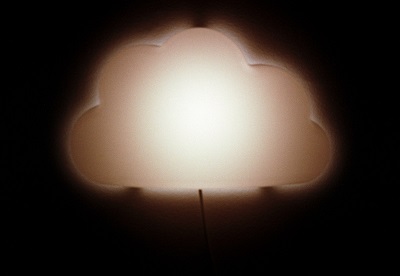 Care workers often sleep over at work in order to be there in case they need to deal with anything during the night and will be paid a retainer for doing so, eg £30 for the whole night. The time that the worker spends awake for the purposes of working, ie when they are woken by an alert and deal with the issue, counts for NMW purposes. However, a big point of contention has been whether the time in which they spend asleep, and are not required to work, should also lead to the payment of the NMW. This issue has been considered by the courts numerous times, and, most recently, has found its way to the highest court in the land.

The recent Mencap Supreme Court landmark case in relation to sleep-in payments determined that the NMW does not apply to sleep-in shifts unless the worker is awake for the purpose of working, upholding a previous decision from the Court of Appeal. Previously, the Employment Appeal Tribunal (EAT) ruling of Royal Mencap Society v Mrs Tomlinson-Blake had confirmed that sleep-in shifts in a care setting were “working time” and subject to the NMW.

While the Supreme Court ruling is very clear, and brings to an end a claim that has been ongoing for a number of years, it has still left a number of providers in a state of uncertainty, especially as some may have responded to the previous EAT ruling that the minimum wage did apply and upped their rates accordingly. The ruling has allayed the concerns of many providers on the need to pay significant and often crippling back pay (estimated at £800 million) but leaves them in a moral quandary on what is the “fair” pay for these shifts versus affordability.

Background to the case

The claimant in this case was a care worker who performed sleep-in shifts and claimed she was “working” even when asleep, which meant that she should get NMW for the time she was asleep. She had to have a “listening ear” even when asleep in case a service user needed care.

The employment tribunal and the Employment Appeal Tribunal had both found that NMW was payable for time spent asleep. The Court of Appeal then overturned this, relying on the wording of the NMW Regulations 2015. The CoA said that being asleep is being “available for work” and not “working”. The regulations say that being “available for work” can count as working time for NMW purposes, but importantly, there is an additional exception that says ”available for work” does not include time sleep time for a worker who is permitted to sleep at work and where there are arrangements for doing so.

The Supreme Court heard an appeal against this ruling and dismissed it, finding that it was inconsistent with the regulations to say that a person was working during a night shift when they were positively expected to be asleep. NMW is only payable when the worker is awake for the purposes of working when the worker is a time worker (is paid by the hour) or a salaried worker (paid a salary).

This conclusion was reached with reference to reg 32(2) the NMW Regulations and the reports of the Low Pay Commission, which plays a significant and varied role in the Government’s approach to the NMW.

Implications for the law on sleep-in shifts

Alongside providing the final word on the ongoing Mencap case, in its ruling the Supreme Court went further, overruling previous case law that has, up until this point, been relied upon when considering the NMW and night work. Two cases in particular are noted below.

In this case, it was held that workers were entitled to NMW for an entire night shift. This was because they could sleep in between answering phone calls at home during the night but they were essentially doing the same work as those in the day time from the workplace. They were not on call and there was no contention that those working during the day should not be paid NMW for times in between calls.

In this case, a night watchman was allowed to sleep for 5 hours of his 10-hour shift but had specific tasks to do at the start and end of the shift. He had a mattress in the office that he could sleep on. He was held to be working for NMW purposes for the whole of the shift.

The implications of this is that previous case law that we may have turned to for guidance on this issue is now no longer considered “good law”. It is this Supreme Court decision that now needs to be referred to.

What can operators do in response to this?

Throughout the social care community, the balance between wanting to pay workers a “fair” wage and the ability of operators to do so, especially when considering severe financial constraints brought about by the Covid-19 pandemic, creates extreme tensions. This ruling, like the Court of Appeal findings before it, leaves employers with the practical difficulties of what they should continue to pay for sleep-ins, especially if they have already started paying the NMW.

The employee relations fallout would be significant should providers determine they would now revert to the old sleep-in allowance and (worse) attempt to claim back payments already made. The complexities relating to contractual entitlements would depend on individual circumstances and whether contracts have been changed, and how much custom and practice could be relied upon. The market is in disarray with providers paying significantly different rates, but with many finding that this has severely damaged their financial position and made some of their operating costs unviable.

It is therefore advisable that employers take the following actions in response to the Mencap ruling.

If they do not pay NMW for all sleep-in hours

Operators can continue to do this. Hours spent awake for the purposes of working do attract NMW; this has always been so and was not questioned in this case.

Some operators may have taken this step for various reasons, including the original EAT decision that NMW was payable and the Social Care Compliance Scheme, which was set up in 2017 for employers to voluntarily come forward to “put right” previous “underpayments”, including sleep-in related ones. As a result of the ruling, employers may want to stop paying the NMW for entire shifts, however they should proceed with care. Removing these payments for existing staff could constitute a change to terms and conditions, unlawful deductions and constructive dismissal claims for those with at least two years’ service. The approach to take therefore depends on how the increase was communicated:

The implications of this ruling are substantial, with calls for the Government to now reassess the law and evaluate its fairness. Indeed, many commentators are laying blame at the Government’s door, stating that this is more to do with the crisis in the under-funding of social care.

Tom Long, legal director and healthcare employment specialist has previously stated in response to the Court of Appeal decision that “Regardless of the ruling there is no doubt that the sector needs further support. To relieve the significant ongoing cost pressures facing the sector it is essential that local authorities and care providers look to central government for workable funding solutions. This should enable the sector to maintain high standards of care for the years to come”.

It should also be noted that this ruling applies to any employer whose workers do time work or salaried work and sleep over at work at night to be there in case something happens that needs attending to. This includes hospitality, security and boarding schools.

It is clear that this is a long running issue, which will not be resolved quickly. The Supreme Court decision has, for the moment, given clarity and legitimacy to the status of sleep-in allowances, but this does not mitigate the low pay concerns of these workers. All eyes will therefore likely be looking to the Government to provide further clarity on this.