The Environment Agency’s chief executive has recently (April 2022) called for a ban on exports of waste plastic from the UK. This follows in the wake of scandals where packaging from UK brands has been found illegally dumped by the roadside in Turkey, sometimes after being burned. Caroline Hand investigates. 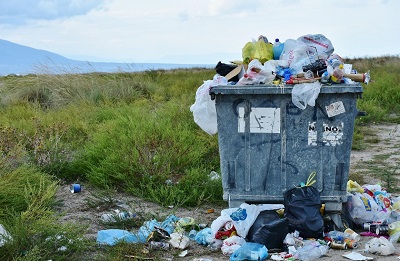 It seems logical that we should recycle all our own plastic waste, but the UK does not have sufficient infrastructure to sort and reprocess it. Waste industry representatives argue that export is an environmentally acceptable solution so long as operators stick to the rules. International shipments of waste are regulated under the Basel Convention and EU Waste Shipments Regulation (see Export and Import of Waste) which require them to be properly classified, tracked and documented. Good-quality, uncontaminated plastics, such as the sturdy films used to cover supermarket pallets, have a high market value so there is every incentive to ensure they stay “in the loop”. Problems arise with the low-value, difficult to recycle “soft plastics” — the flexible films and composites — which supermarkets have recently started collecting.

A villain not quite defeated?

This kind of plastic has long been a challenge to the circular economy and until recently all went to landfill. Fulfilling one of their pledges of the WRAP Plastics Pact, Tesco and Sainsbury’s have started collecting it at their stores — an initiative that has been welcomed by consumers. The question is: what happens next? While some of the plastic collected by Tesco is recycled into bin bags at a Derbyshire facility, the vast majority of this waste is exported. The Bloomberg’s Investigative Report makes compelling reading.

Both Tesco and Sainsbury’s have engaged Eurokey, a waste broker now owned by Reconomy, to manage the soft plastic waste. Eurokey ships it to Poland, where it is sorted at a large warehouse then forwarded to reprocessing facilities. The supermarkets’ intention is that the plastic should be converted into recycled feedstock for use by packaging manufacturers. Unfortunately, there is little demand for low-quality waste, some of which may be contaminated with food. Bloomberg tracked one item to the environs of a cement works which burns waste as fuel. Energy from waste is higher up the hierarchy than landfill, substituting waste for fossil fuels, but does not exactly fulfil the Plastic Pact pledge. More serious is the revelation that bales of low-quality material were driven a further 2000 miles to a recycling facility in Adana, southern Turkey, the region where Greenpeace had previously found UK waste illegally dumped and burned. There is no evidence that the waste photographed by Greenpeace came from the Tesco or Sainsbury's storefront collections, but clearly the standards of waste management in this part of Turkey are much lower than those of the UK.

Eurokey’s export accreditation was suspended last year after it was found to have mislabelled the type of plastic it exported to Turkey. The Environment Agency said that for at least four months in 2021, Eurokey had exported plastic waste to Turkish sites that were not authorised to process the material.

People have asked why, if the UK is unable to sort and recycle this waste, do we expect poorer countries, with fewer resources to enforce their environmental laws, to be able to deal with it?

Waste export is big business. Looking at all types of plastic waste, the UK exported almost half a million tonnes in 2021, with 45% going to Turkey and Poland. There has been a sharp rise in exports to the Netherlands. The Government is considering a ban on exports of plastic waste to non-OECD countries but this would make little difference as the three main destinations are all members of the OECD.

Turkey has recently tightened up its requirements, banning the import of PE (polyethylene), mixed plastics and mechanically recovered plastics. Poland has also announced that it will tighten its restrictions. However, evidence has emerged of unscrupulous operators misclassifying loads in order to get round the new bans. Waste ostensibly destined for recycling in the OECD is “Green List” under the Basel and EU rules, which means it is not subject to prior informed consent by the receiving country and can move around Europe very easily. While the Environment Agency makes every effort to enforce the law, checking paperwork and inspecting containers at ports, the regulators lack the resources to ensure 100% compliance.

The plastic tax introduced on 1 April 2022 (see Packaging Waste) is already having the desired effect — there is high demand for recycled feedstock and as a result prices of waste plastic have soared. A lorryload of used milk bottles is now worth £20,000! As packaging manufacturers increase the recycled content of their products to avoid the tax, there is a clear market incentive for businesses to collect, sort and recycle more plastic waste, and worldwide, plastic waste is more likely to be seen as a valuable commodity rather than something to be dumped at the roadside or in the ocean. The question is whether this effect will “trickle down” to the lower value plastics.

One very welcome development is that Eurokey is building a recycling facility for soft plastics near Kettering, capable of processing over 70,000 tonnes a year of flexible plastics. Reconomy claims that as a result, supermarkets will eventually be able to recycle all their flexible plastics in the UK. The company is also building a plant in Poland.

Supporters of a plastic waste export ban argue that it would create the conditions for more new recycling infrastructure in the UK, but waste would probably have to be stockpiled while we wait for the facilities to come on stream.

The most circular solution is to avoid producing the plastic waste in the first place by switching to refillable packaging. Supermarkets are trialling plastic-free aisles and refillable product lines while manufacturers are offering refill services. This is working well for cleaning and personal care products, and dry goods such as pasta, but the packaging industry is still making the case that without the protection of plastic packaging, perishable food is more likely to be spoiled and wasted. Farmers’ markets and specialist stores will remain “niche” as long as their prices are higher than those of the supermarkets.

In the UK we will soon see a new digital tracking system for waste which will make it harder for rogue operators to misdescribe and mismanage waste consignments. This will work alongside a more stringent regulatory regime for waste carriers and brokers. The Extended Producer Responsibility scheme, coming into force in 2024, will place further duties on manufacturers to take responsibility for their products at end-of-life. Looking ahead, new technology such as RF (radio frequency) ID tags could make it possible to track waste from cradle to grave, wherever in the world it goes, thus allowing all waste producers to ensure that their pledges are being fulfilled.