Robert Spicer considers evidence on the impact of the sentencing guidelines for health and safety breaches issued by the Sentencing Council in February 2016. 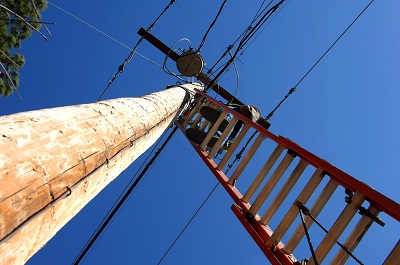 The detailed Health and Safety Offences, Corporate Manslaughter and Food Safety and Hygiene Offences, Definitive Guideline was created to ensure that there were comprehensive sentencing guidelines covering the most commonly sentenced health and safety offences in England and Wales. The document sets out a step-by-step approach, detailing the factors to which court should have regard in deciding sentences in health and safety cases. For corporate manslaughter cases there is no limit on fines. The guidelines suggest £20 million for the most serious breaches.

The guidelines have been described as representing a “sea change” in health and safety prosecutions. Before the document came into force, only four companies had incurred fines of more than £1 million. The intention of the guidelines was to have a real economic impact and, in some cases, to put a convicted company out of business. Calculations are now based on turnover. Convicted companies are obliged to provide detailed financial information and if this is not provided, the court can infer that the company can pay any level of fine.

The application of these guidelines is illustrated by the recent decision of the Court of Appeal in the case of R v Electricity North West Ltd (2018).

The facts, in summary, were that ENW owned, operated and maintained the electricity distribution network in the northwest of England. It had a generic risk assessment which prescribed three methods of accessing wooden poles which supported overhead electrical wires. The methods were a mobile elevated work platform, a ladder, and climbing with climbing irons, a work positioning belt and a fall arrest lanyard. An employee of ENW carried out pole maintenance work. A mobile elevated work platform was not available. The worker used a ladder to climb a pole and secured himself with a belt. He accidentally cut through the belt, fell and suffered fatal injuries. The company was charged with the following offences:

The jury acquitted on counts one and three and convicted of count two (work at height). The judge at first instance applied the sentencing guidelines on the basis that the need to plan for work at height was obvious and a systemic failure put the case in the category of high culpability. He started at a fine of £540,000, adjusted upwards to £900,000 to reflect the company’s turnover. The company appealed against conviction and sentence.

Sentencing principles in relation to very large organisations were considered by the Court of Appeal in the case of R v Whirlpool Appliances Ltd (2018). D, a self-employed fire alarm and telecoms contractor, was working at W Ltd’s Indesit factory. He was working on fire and heat detector systems from a mobile elevated working platform between hanging baskets on an overhead conveyor system. A basket struck the platform and D fell. He suffered multiple injuries and died 10 days later.

W Ltd was convicted of an offence under s.3 of the Health and Safety at Work, etc Act 1974 (HSWA). It had not required D to prepare a job-specific risk assessment and method statement for his work and had not prepared a detailed permit to work. W Ltd was fined £700,000. The company appealed to the Court of Appeal on the basis that the sentence had been manifestly excessive.

The fine was reduced to £300,000, applying the definitive guideline. The Court set out a detailed analysis of the guidelines. W Ltd was a “very large organisation” with a turnover of several multiples of £50 million. The starting point for the fine should be £500,000, reduced to £450,000 for mitigation. Taking into account the guilty plea, the appropriate fine was £300,000.

Other recent examples of high levels of fines imposed since the introduction of the definitive guideline include the following.