Tony Bush looks at the tourism sector in the UK. 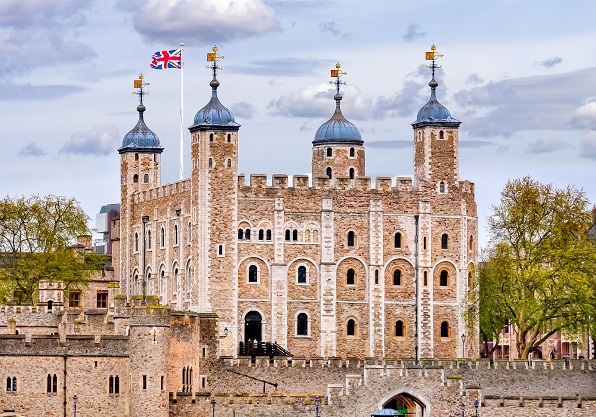 How difficult the self-styled Colonel Blood would have found it to steal the Crown Jewels today.

Even to get anywhere near them he would have had to squeeze past countless visitors from around the world whilst smiling politely and, presumably, excusing himself on the basis that he was “in a bit of a rush to commit the most audacious theft in the history of the 1,000-year-old fortress”.

But, knowing his luck — or, rather, lack of, as he was caught before he had reached the main gate, and, anyway, he had dropped his main “prize”, St Edward's Crown — he would have been blocked by a snap-happy tourist wanting “just another shot”.

For the fact is that the Tower is once again attracting record numbers of sightseers after having peaked at roughly three million in 2014. Thereafter, numbers fell but in 2018 they had risen to 2.86 million, making it the capital's number one attraction, according to VisitBritain.

And that mirrors the tourism picture around the UK as a whole with spending estimated to have reached £26.9bn in 2018, up 6.8% on 2017. VisitBritain had hoped that overseas visits in 2018 would break through the 40 million barrier for the first time but they came up a bit short at something just over 38 million.

However, this number is expected to grow by a quarter by 2025 and the government now sees “tourism as Britain's calling card to the world”, adding, “it has never been more important to ensure that the country continues to be a world-class destination competing for global business”.

A government spokesman said, “It is fantastic news that towns and cities across the UK are benefitting from the boom in tourism, and we need to ensure that this trend continues by promoting the UK as a must-visit destination to the rest of the world, thereby ensuring that all local areas can continue to reap the benefits.”

VisitBritain director Patricia Yates said, “Boosting inbound tourism throughout Britain is at the heart of our work, so it is very encouraging to see the growth across both our nations and regions. Tourism is now one of our most valuable export industries.”

With all this in mind, the government has this year launched what it has dubbed the UK's first-ever Tourism Sector Deal with the aim of “prioritising and the supporting the industry as a driver of economic growth and job creation”.

Part of the plan is to set up local “tourism zones” alongside a new “business events” strategy. On top of this, there will be a further investment in infrastructure, including a commitment to build 130,000 new hotel rooms by 2025, 75% of which will be outside London.

It is also hoped to provide 30,000 new apprenticeships a year — as well as mentoring programmes — for those wanting to build a career in various areas of tourism or hospitality.

In its foreword to its paper — sub-titled “building a world-class experience economy” — the government says, “This Sector Deal backs our small businesses, our entrepreneurs and our innovators. It sets out an ambitious agenda that will deliver the increases in productivity and investment that will benefit local economies right across the country.”

It goes on to explain that a key element of its strategy will be the introduction of “tourism zones that will bring businesses and local organisations together to establish co-ordinated action for growth in their local visitor economies and to increase off-season visits.

“Small-and-medium enterprises (SMEs) in these areas will receive targeted digital skills training and be offered practical guidance in management and leadership through the Be the Business programme to boost productivity.

“On top of this, we are launching a new independent Tourism Data Hub with input from some of our biggest travel companies — online travel agents, booking platforms, and banking and credit card companies. This will allow organisations, including SMEs, to make the most of the big-data revolution to understand visitor activity and product preferences.”

It is also planning to ensure that the UK becomes “the most accessible tourism destination in Europe by 2025”, increasing the number of international disabled visitors by a third.

Alongside the Sector Deal, the government has set up an International Business Events Action Plan, which outlines in detail how it will be supporting the industry that sets up trade shows, conferences and exhibitions “to bring even greater numbers of business travellers to UK shores”.

A key element of overall thinking is that considerable effort should be put into expanding “UK offerings” outside the peak holiday period. The report says that “productivity in the sector is currently hampered by the over-reliance on the traditional July-September season”.

Apparently, 38% of holidays by inbound visitors take place in those three months and it is seen as paramount to support areas that it is believed could boost off-season visits.

With this in mind, the report explains how “in recent years, competition around the world has seen a race to build the best understanding of customers, both in how they travel, but also how they search, feel inspired and spend their money.

“It is no longer simply a case of looking backwards at trends to understand the future. To be globally competitive, we need real-time data and so we are going to develop a new Tourism Data Hub, which will help Britain make the most of its tourism offer by understanding the motivation and movement of its visitors.

“Fascinatingly, it will also enable the sector for the first time to gather better data about the people choosing not to holiday in the UK.

“In essence, the Tourism Data Hub will be a ground-breaking new way of helping the sector to gain a better understanding of its potential market”.

Expanding on this, it adds that “the tourism sector has always been at the heart of new technology, including some of the world’s best-known websites for booking flights, holidays and accommodation.

“But there are also obstacles to this innovation, including the high proportion of small businesses that can find it challenging to obtain market intelligence for accurate business planning”.

It's said that there are around 200,000 SMEs in the tourism industry and that they often require business support, from understanding international markets to helping them “to go digital”.

Currently, the British Tourist Authority offers a range of support to them and this is to be enhanced through the Great Britain Tourism Exchange, a business-to-business platform that connects tourism suppliers to global distributors.

However, it's felt that the Tourism Data Hub itself will put small businesses at the “heart of the sector’s innovation by enabling the sharing of data from major tourism businesses, which will allow them to understand consumer habits and target them more effectively”.

In 2050, London's summer climate will equal that of the South of France if climate change continues at its current rate, according to a prediction made by Bill Giles, former head of BBC weather presenters.

Writing in a recent issue of Radio Times, Giles said, “Some estimates suggest that this year more than half all Britons may have spent their summer holidays in the UK rather than abroad.

“And with recent Met Office statistics showing that all of the UK's 10 hottest years on record have occurred since 2002, I would expect this trend to continue.”

But he questions whether British holiday resorts “are up to it”, followed by a plea for holiday and leisure industries “to gather themselves together and plough billions of pounds into updating their facilities in order to cope with the enormous potential increase in demand”.

His view is that the demand won't just come from Britons themselves but from people all over the world, and especially Europe, “who could be seduced to come and enjoy the UK as our climate becomes more acceptable and their own become unbearably hot”.

Making a plea for the country to “show everyone the glories of seaside resorts in England, Wales, Scotland and Northern Ireland”, he added, “In my opinion we have 10 years or so to grasp the nettle and make sure that, due to climate change, we tap into the trend of warmer, more predictable summers and make the leisure and holiday industries the backbone of our post-Brexit economy.”

Britain's suite of creative tax reliefs are said to be among the most competitive in the world, with the government allowing £469m in 2018 alone just for the film industry — a 23% increase year on year.

This, according to the Tourism Sector Deal report, has helped enable strong growth in an industry that in recent years has produced a number of films and television programmes with a strong sense of the UK’s culture, such as The Crown, Paddington and Poldark.

“This”, it says, “has been a direct benefit to the UK’s soft power internationally as well as inbound tourism.

“Also, significant investment is being made by the industry to use its iconic locations as tourist destinations. For example, HBO (in collaboration with Linen Mill Studios) is building a new 110,000-square-foot 'interactive experience' based on the Game of Thrones television series.

“This is due to open in spring 2020, while in April 2019 Warner Brothers opened the 16,500-square-foot Gringotts Wizarding Bank expansion of its Harry Potter Studio Tour, the biggest addition so far.”

Beating the drum for the dram

Drinks giant Diageo has ploughed £150m into transforming its whisky-visitor experience in Scotland by “connecting tourists to the heritage and science behind the iconic Scottish product”.

The company says that its Edinburgh location will be directly linked to four distilleries — Glenkinchie, Cardhu, Caol Ila and Clynelish — “encouraging people to visit the beautiful rural communities around Scotland where whisky is distilled and hear the stories of the people who produce it”.