Research has been published on the practice of so called “off-rolling” in schools prepared by YouGov on behalf of Ofsted and was followed by an official online Ofsted blog seeking to explain the approach taken by inspectors in an effort to crack down on the practice. Martin Hodgson explains what off-rolling is, how common it is and what Ofsted are doing to stop it. 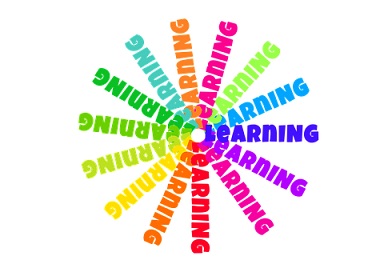 Ofsted states that, while the practice may not always be unlawful, in its view it is unethical and unacceptable.

Ofsted acknowledges that off-rolling is not a black-and-white issue and that very often there is a “good and positive explanation” why a pupil may be removed from a school roll.

It describes legitimate reasons as including:

Ofsted states that none of these scenarios are likely to constitute off-rolling according to their definition.

Ofsted acknowledges that off-rolling can be difficult to spot and may take a number of forms. However, it states that it usually involves pressuring a parent to remove their child from a school roll.

An example would be unfairly pressuring families to take a child out of school to avoid an exclusion. In this type of case Ofsted states that many parents simply do not want a permanent exclusion on their child’s record.

The YouGov report — Exploring the issue of off-rolling

The YouGov research examined the views of 1018 teaching professionals from primary and secondary schools across England.

Further research published in April 2019 by the Education Policy Institute (EPI) identified nearly 50,000 year 11 pupils in 2016–17 who were removed from the school system in “unexplained” circumstances. The EPI states that while the number of official school exclusions is recorded by the Government, too little is known about pupils who are removed from school rolls unofficially.

Ofsted states that before an inspection their analysts alert lead inspectors if they identify patterns of unusually high numbers of pupils leaving a school in years 10 and 11. They stress that this does not always mean that off-rolling is happening. However, the alert is intended to warn inspectors about the possibility of off-rolling and prompt inspection teams to explore the issue when they visit.

The blog, What is Off-rolling, and How Does Ofsted Look at it on Inspection?, suggests that inspectors might ask the following questions.

Ofsted states that whenever it uncovers off-rolling during an inspection it will be included in the final report. Schools that are adjudged by inspectors to be guilty of the practice are also likely to be graded as “inadequate” for leadership and management under the Education Inspection Framework.

The latest framework was published in May 2019 and was updated in July 2021. It requires inspectors to judge the effectiveness of leadership and management in a school by evaluating a range of factors. These include “the extent to which school leaders aim to ensure that all learners complete their programmes of study”. The framework goes on to specify that school leaders should provide support for staff to make this possible and to prevent off-rolling.

The Education Inspection Framework, published by Ofsted in May 2019, updated July 2021, can be downloaded from the GOV.UK website.

The YouGov report, Exploring the Issue of Off-rolling, can also be found on the GOV.UK website.

What is Off-rolling, and How Does Ofsted Look at it on Inspection? can be found on the Ofsted inspection blog.

The statutory requirements relating to excluding pupils are set out in Exclusion from Maintained Schools, Academies and Pupil Referral Units in England, published by the Department for Education in September 2017, is available on the GOV.UK website.

Unexplained Pupil Exits from Schools: A Growing Problem? can be found on the Education Policy Institute website.

Get expert Navigate-Education updates for free