Carl Benz’ 1886 patent for the first automobile started our long and addictive but ultimately unsustainable car love-affair. Could low-carbon public transport, plus mobility on-demand, become so attractive that we voluntarily hand in our ignition keys? Jon Herbert reports. 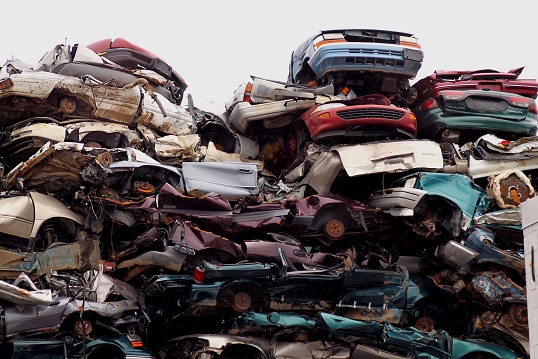 Due to the health crisis lockdown, road travel has plummeted drastically. As a result, many businesses, communities and policy-makers would like to know if this sets a precedent for a very different travel future.

Transport Secretary, Grant Shapps’ vision is for a permanent step-change, with fewer fossil-fuel-powered and more low- or zero-carbon vehicles, plus an enhanced public transport system as our default future travel choice. He also foresees private cars as an increasing rarity.

But there could be a short-term conundrum to resolve first.

Getting over the speed bump

One of the car’s greatest enemies is climate change which threatens not a single emergency but a series of increasingly damaging impacts on weather systems, food chains, water supplies, sea levels, flooding and living conditions moving into the 21st century. Greenhouse gas emissions — and carbon dioxide in particular — are the chief culprit, with the transport sector now Britain’s largest single carbon emitter.

As people return to work cautiously, the Government is making funding available for safe “active travel” that will “reshape” cities by widening pavements and setting up temporary pop-cycle lanes.

And as a compromise for people with less puff, low-cost e-bikes — push-bikes with an electric motor — are a growing innovation particularly suited to flat places like Oxford and Denmark where public electric-bikes are available to app-users. The caveat is that electricity must be green.

Many local authorities are using the current opportunity to go a step further and create car-free urban zones, which are proving popular with residents for health, low-noise and safety reasons.

The UK’s strategic response is a legally-binding commitment to achieve net-zero emissions by 2050, or sooner. This is a key driver behind the transport secretary’s recent policy roadmap statement.

The AA (formerly The Automobile Association) also thinks the £27 billion currently ear-marked for roadbuilding to cut congestion — plus £100 billion-plus for HS2 — could be diverted to broadband infrastructure investments that support remote home-working.

Chris Stark, CEO of the Committee on Climate Change (CCC) similarly wants ministers to reconsider road-building plans and switch to broadband investment. “I would spend the roads budget on fibre. You would get a huge return to the economy with people having better connections,” he says, adding, “You would save people’s time and increase their productivity.”

The sum of these many changes pushes forward the concept of Mobility-as-a-Service (MaaS).

What does Mobility-as-a-Service (MaaS) mean?

MaaS is in its infancy but developing rapidly as an easily-accessible on-demand travel alternative; many European and US cities, plus Singapore are already actively trialling pilot schemes.

Travellers use an app to enter their destination and preferred route to access a near-instantaneous service, pre-paying a monthly mobility subscription or opting for pay-as-you-go.

There are also opportunities for many small private providers to fill in the gaps, for example, organising car clubs and ride-hailing services. Drones and delivery robots can also be part of the mix.

The aim is to make MaaS so convenient, pleasant and reliable that motorists voluntarily opt to give up their car keys in the next quarter century, or earlier.

The EU is committed to an early lead. Its MaaS Alliance currently has 100 members. The alliance works as a forum for shared solutions to make MaaS work effectively — looking closely at legal and technical issues, user experience and social impact.

In a world where the speed of delivering online doorstep sales is part of the competitive offer, managed “multi-modal” transport could also become much more important.

This can, for example, under a single delivery contract integrate imports through efficient ports, rail and roads transfers at mass regional storage hubs on a scale now seen at Doncaster iPort — within a 4-hour drive of 87% of the UK’s population — and similarly around Daventry — within a 4.5-hour drive of 85% — for onward delivery to local homes, businesses and customers.

Grant Shapps noted “quietly” without media announcements in March’s foreword to the “Government’s De-Carbonising Transport consultation” that decisions made now will be pivotal.

"Twenty-twenty will be the year we set out the policies and plans needed to tackle transport emissions. This document marks the start of this process”, he said, adding that “the shift in emphasis away from driving — where possible — could improve people's health, create better places to live and travel in, and also promote clean economic growth.”

He continued, "public transport and active travel will be the natural first choice for our daily activities. We will use our cars less and be able to rely on a convenient, cost-effective and coherent public transport network.”

The Department for Transport (DfT) confirms that it is on track to deliver the promised transport policy roadmap this year behind the UK's 2050 net-zero target for decarbonising "every single mode of transport."

DfT is committed to hosting a “series of events, workshops and opportunities” in 2020, despite the health emergency, and wants not incremental but systematic changes to ensure that only zero-emission vehicles are on UK roads by mid-century.

The Treasury adds that the last Budget set a “record commitment of £5bn to support the rollout of gigabit-capable broadband” and that it remains committed to climate change targets.

Former Commons Transport Chair, Lilian Greenwood MP, told BBC News, "Wow. That's incredibly welcome if the rhetoric matches the reality,” adding, "It's great if the first choice is to be public transport and active transport — but that does mean the government has to change radically investment."

Stephen Joseph, visiting professor at Hertfordshire University commented that it was “utterly gob-smacking,” and seemed to “signify a radical change." (www.bbc.co.uk/news/science-environment-52064509).

So, how could Mobility-as-a-Service (MaaS) bring many of these issues together?

However, it could also mark an important turning point in our attitudes to transport and owning shiny hulks of metal, carbon fibre and plastic.