There is an ever-growing storm surrounding the use of plastic. Laura King highlights the burgeoning concern and what steps business can take to foster change. 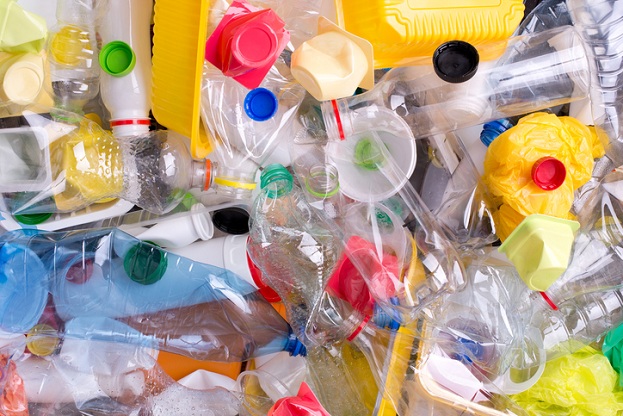 Anyone who has visited the seaside will have witnessed beaches littered with at least some plastic rubbish brought in by the waves. Not confined to just our beaches, most of us will have also seen its wider impact: wildlife with stomachs full of indigestible material, vast rafts of floating plastic that pollute our oceans, creatures trapped and entangled. Brought unflinchingly to life by the second series of Blue Planet, the problems around plastics are becoming well-understood by many.

The statistics paint a bleak picture. Research has shown that every year between 4–12 metric tonnes of plastic makes its way into our oceans with the result that it consistently forms 60–80% of the litter found in these valuable environments. At our current rates of use, the volume of plastic in the oceans could well double by 2025, and some estimates predict that by weight there will be more plastic than fish within the next 33 years.

Organisations seem to be listening. The #SwitchTheStick petition that asked UK retailers to stop making plastic cotton buds by the end of 2017 received over 150,000 signatures and resulted in nine major retailers all making a commitment to ensure that their own label cotton buds were made with paper stems.

Most of the large supermarkets also have targets in place to help reduce waste, with some such as Tesco and the Co-op pledging to work towards ensuring their products are only contained in packaging that is easily recyclable, reusable or home compostable. Other initiatives across the industry include the phasing out of straws in cafes, redesigning packaging to save plastic waste, and trialling new materials.

Supermarkets are not the only companies looking to do more. Cafes are also responding to public demand and starting to take action. For example, Starbucks and Costa Coffee are two big companies joining the 1600 retailers that have signed up to Refill, an app that promotes places where you can get your reusable water bottle filled for free regardless of whether or not you are a customer. From a local initiative, the Refill scheme is now working with the water industry through Water UK to create a nationwide network of places to get free tap water.

Manufacturers and producers are also taking note. At the World Economic Forum in Davos in January, the Ellen MacArthur Foundation listed 11 leading brands and packaging companies that are working towards using 100% reusable, recyclable or compostable packaging by 2025.

The work companies are doing around plastic consumption is certainly within a politically supportive environment. Plastic was a key part of the Government’s long-awaited 25-Year Environment Plan that was launched by Theresa May this February.

Some of the announcements included:

The plan is not the only environmentally-orientated document due to be released in 2018. The 2017 Clean Growth Strategy also outlined the Government’s intention to release a new Resources and Waste Strategy which is expected to provide further clarity on the Government’s commitment to manage the issues surrounding the use of plastic.

Beyond our moral obligations to society and the environment, there are also very practical problems surrounding single-use plastic. Since January 2018, the UK has not been able to export 24 types of solid waste to China, including mixed paper and post-consumer plastic. The loss of the Chinese market is significant as the country had previously accepted around two-thirds of the UK’s plastic exports for recycling.

Although it is currently unclear as to whether or not the reported build-up of low-grade plastics in the UK is a temporary problem, the situation could prove costly. With other countries also looking to find new markets for materials previously sent to China, there is a worry that the price for materials will reduce, or else costs of processing could increase if better sorting is needed to allow the UK to be competitive in new markets.

The ban has caused a major shake-up of the status quo but it is also hoped it will also be the catalyst for change towards a more circular way of thinking, as well as helping bolster the UK’s recycling sector and create additional pressure to reduce the amount of plastic produced in the first place.

Legislation and taxes are likely to tighten, while pressure from consumers will continue. For those who have not already started to review their plastic footprint, now is the time to do so. Here are five steps that will help towards a plastic-free future.

The problems plastic causes are becoming increasingly impossible to ignore. The public is concerned, as are charities, government and wider industry. The tide is turning and change is almost undoubtedly on its way. As individuals, as well as organisations, now is the time to act.