The circular economy model potentially represents one of the most promising methods of preventing climate catastrophe and ensuring a more sustainable future. Here Tim and Caroline Hand examine four models of reuse discussed in a recent report from the Ellen MacArthur Foundation. 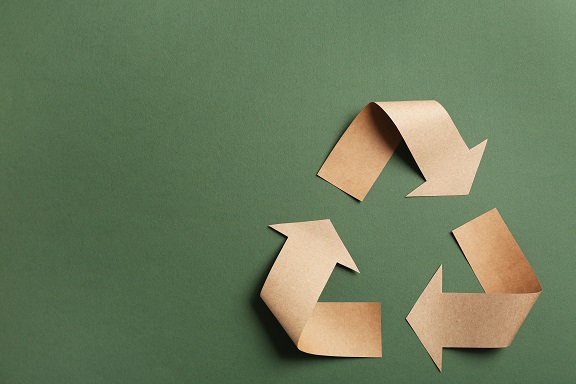 Numerous businesses have attempted to reduce their impact on the environment (as well as maximise their profits) by adopting practices that minimise the creation of waste, and ensure the reuse of valuable resources that could otherwise have been discarded. The Ellen MacArthur Foundation, an organisation which champions the circular economy, has recently released Reuse: rethinking packaging, a publication detailing the benefits of reuse. This features numerous case studies of businesses that have successfully prevented valuable resources from being wasted. This work follows in the wake of the foundation’s previous publication on the New Plastics Economy, which suggested methods of reducing the devastating impact of plastic waste on our ecosystems.

Four key types of reuse are discussed within the publication.

In the “refill from home” method, consumers are given additional quantities of products (frequently in concentrate form), eliminating the need for bulky, unnecessary packaging, and enabling consumers to rely on a single large container that can be refilled, as opposed to numerous containers that would have been discarded after initial use. This practice could become even more environmentally friendly if the refills are placed in biodegradable packaging.

The second form of reuse, namely “refill on the go”, involves customers retaining containers and refilling them at dispensation points. This practice enables the consumer to customise the amount of product they desire, minimising waste and increasing their satisfaction with the service.

The “return from home” method entails the consumer returning packaging and containers after use, by mail or a collection service, leading to the reprocessing and reuse of the returned items. Deposit schemes can be used to encourage customers to make use both of “returning from home” and the fourth model — “return on the go” — in which packaging and containers are deposited by consumers at drop-off points.

The Reuse publication highlights the fact that the adoption of a circular economy model does not merely benefit the environment by reducing the amount of waste sent to landfill, released into the environment, or downcycled into less valuable resources. Businesses that choose to adopt reuse practices could stand to increase their profits by a considerable factor, as well as earning customer loyalty through their eco-friendly behaviour. One clear benefit of such practices is the reduction in costs due to the decreased need for packaging and transportation. In addition, a company making use of the “refill at home” method could guarantee customer loyalty by means of a subscription and collection service. Similar loyalty could be obtained through deposit and reward schemes.

Furthermore, adopting a reuse model benefits businesses which use superior packaging (eg containers which are particularly aesthetically pleasing or durable), by encouraging consumers to view their products as high quality. The possibility of using uniform reusable containers for a variety of products could prove highly worthwhile for organisations seeking to optimise their operations. Consumers could also be offered a more personal service through customised refills or personalised packaging, enhancing their perceptions of particular brands. Furthermore, such personalisation could grant companies valuable insight into customer preferences and system performance, as could the incorporation of devices such as RFID (radio frequency identification) tags into the reusable packaging system. This information could enable companies to alter and improve their business models.

Several companies have already chosen to subscribe to the reuse principles of the circular economy. For instance, a “refill from home” model has been adopted by SodaStream, which produces sparkling water appliances. Customers can continually purchase compressed CO2 in returnable cylinders to keep the appliance operational and can produce sparkling water which meets their specifications in terms of both quantity and flavouring. The empty cylinders can be returned either in stores or by mail, for which consumers will receive discounts or returned deposits. Furthermore, the appliance package includes reusable bottles, which reduce waste alongside the quantity specifications. It has been estimated that a single SodaStream bottle can enable the average family to reduce the number of cans and bottles by 3700. The appliances are available worldwide and have already been introduced into 12-13 million households.

Refill on the go

The benefits of “refill on the go” are demonstrated by the example of Algramõ’s new mobile vending machines, which they have recently piloted in Chile in partnership with Nestlé and Unilever. The Algramõ app (which is available free of charge on Apple and Android), enables consumers to summon a mobile electric tricycle, and refill reusable containers with goods such as Quix homecare products and Unilever Omo. By means of an online account, customers can earn rewards for the reuse of packaging, which will reduce the cost of future purchases, incentivising loyalty. Furthermore, the potential for waste is reduced by the fact that goods are dispensed according to consumer specifications and paid for according to weight. Algramõ has announced its intentions to incorporate further brands, as well as altering their technology to suit established stores such as supermarkets and warehouses.

Despite the fact that a great deal of takeaway packaging is recyclable, contamination by food residue often condemns it to incineration or landfill. However, London start-up company DabbaDrop is attempting to challenge this issue, by adopting a “return from home” method that has been utilised in India for over a century. DabbaDrop’s Indian tiffin boxes can be washed and reused after the consumer has finished their meal and returned the container. By means of a subscription service, customers initially pay £15 for their container, and are subsequently charged £3 for every delivery. This subscription service encourages repeated use, and DabbaDrop have further reduced their carbon footprint by delivering by bike. In addition to being environmentally friendly, the boxes can be easily stacked, as well as reheated in ovens, highlighting their efficiency as a product.

Return on the go

The amount of packaging used in online retail in the US each year roughly equates to over 1 billion trees. A sustainable solution is clearly required to reduce this severe drain on the environment. It is possible that such a solution could be provided by “return on the go” methods of RePack, a company which provides online retailers such as Mud Jeans and Filippa K with packaging. Customers are encouraged by means of discount vouchers to return the high-quality packaging to RePack, which will then be checked and reused. The fact that RePack packaging is delivered with a prepaid return label only serves to make this process more convenient, as does the fact that each shipper possesses a unique barcode which can be used identify shippers and trigger rewards. The product also has the potential to save time for online retailers, who will no longer need to concern themselves with managing packaging.

It is clear that a circular economy promises great benefits for both the planet and businesses, providing that both companies and consumers are willing to abandon entrenched, destructive practices in exchange for a more sustainable and efficient future. The methods of “refill from home”, “refill on the go”, “return from home” and “return on the go” are likely to become commonplace in the future as efforts intensify to prevent climate catastrophe and conserve rapidly diminishing resources. For those willing to innovate, the rewards of the circular economy will be ample.