Reducing carbon emissions is an area where building and construction can make a major contribution. Policy plans to cut housing carbon dioxide may have faltered recently but new affordable housing models, plus impressive major project performance results, show what can be achieved. Jon Herbert reports. 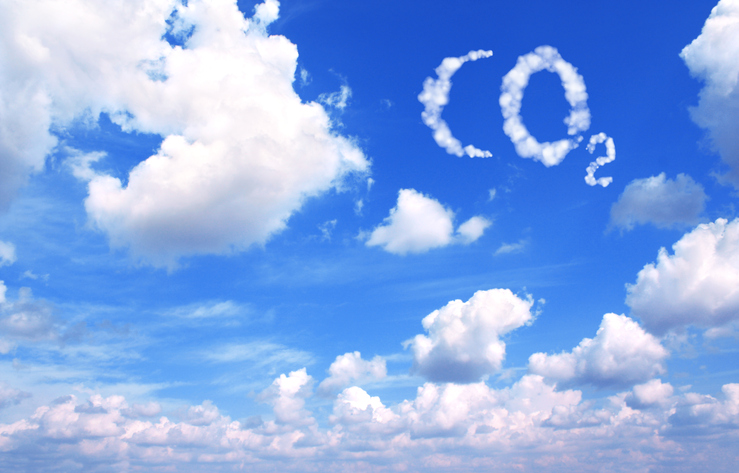 Cutting greenhouse gas emissions associated with business, homes and infrastructure remains a UK policy priority, as part of the commitment made by successive governments to minimise the causes of man-made climate change.

The Climate Change Act 2008 means that all future governments will be legally-bound to implement policies designed to ensure that greenhouse gas releases to atmosphere by 2050 are 80% lower than they were in 1990.

With 33 years to go, this is could be a tall order, given that for reasons of expediency some political leaders argue that introducing extra regulatory burdens could curb important economic growth. As a result, the route ahead is often less than clear and fluctuates in line with current approaches to industrial strategy in Downing Street and Whitehall.

However, this does not mean that huge strides are not being taken by industry, including the construction and building sector, small and large.

Two clear messages come through. The first is that rapidly evolving technology is making low-carbon, low-energy, sustainable building and construction techniques increasingly viable. The second, linked to the first, is that reducing carbon dioxide (CO2) footprints also reduces costs, both during the construction and building stage, and thereafter for the asset owner or operator.

The corollary is that staying with the status quo could be seen as a financial failure to realise the benefits of emerging technologies that are becoming mainstream. Few companies want to be behind the long-term curve; the challenge is to adapt to changes that still seem novel and possibly risky.

At the modest end of the scale, demonstration projects are showing that low-carbon affordable housing is now feasible and viable for not only social housing but also large-scale housing developers — albeit that an official policy push incentive might be needed.

Meanwhile, large construction programmes of regional or national significance, including the performance to date of Crossrail and future planning for H2S are showing the magnitude of carbon savings that can be made if the principle is embedded and actively followed at all levels through the whole life of major infrastructure investments. Crossrail has significantly beaten its initial carbon-reduction targets.

In 2015, the UK emitted 381 million tonnes of CO2, of which the construction sector could influence more than 53%. Each year, mankind releases a further 40 billion tonnes. Technology Strategy Board figures suggest that 45% (27% domestic, 18% non-domestic) of total UK carbon emissions can be traced to construction, operation and maintenance of the built environment.

The UK Green Building Council finds that around 10% of UK emissions are directly associated with the total lifecycle of construction, from extraction right through to disposal. Figures released in March showed total UK carbon emissions to have fallen to roughly the same level as in 1894 when Karl Benz patented the first petrol-powered car. Year-on-year they were approximately 6% down on the same period in 2016. Whichever way the statistics are analysed, that’s an awful lot of carbon waiting to be cut.

It is argued that builders, engineers, architects and material procurers are in a prime position to innovate and, if they are committed to the concept of a low-carbon transition across society, radically alter the sector’s carbon profile by fundamentally questioning established design and process norms.

They can instigate change in many ways that other industries can only follow. For example, they may be able to alter the long-term energy-use profiles of family homes, or influence and reshape national transport systems and traveller behaviour away from independent fossil-fuel use.

The recent history of low-carbon housing has been chequered. Low-energy housing design was triggered in the UK by the oil crisis of the 1970s. It was encapsulated in the Zero-Carbon Housing policy of 2006 when the Government of the day wanted to see all new houses carbon-neutral by 2016.

That idea was scrapped in July 2015 when a successor Conservative Government finally decided that, first, introducing more regulation could stifle enterprise, and, second, it was not practically possible to build cost-effective, carbon-neutral houses.

This flew in the face of 10 years of investment and innovation plus commitment to the 2015 Paris climate agreement by leading players in the housebuilding industry to forward the concept of zero carbon homes, said UK Green Building Council (UKGBC) CEO, Julie Hirigoyen. She warned of the future need for expensive retrofit measures if 2050 targets are to be met.

Chair of the Energy and Climate Change Committee, Angus MacNeil, added that the UKGBC and kindred organisations may need to turn to the private sector to promote low-carbon policy arguments.

The counter-argument has been that if the policy had stayed in place, by necessity largescale constructors would have had to overcome costs and risks associated with new technologies. With financial support schemes, such as the Feed-in Tariff, reduced, the incentive is weaker.

That playing field may be changing yet again following a July announcement by business secretary, Greg Clark, that smart technology may lead to a change in the rules penalising the buying and selling of micro-renewable energy from homes and businesses to the grid.

Eco-friendly building and building companies are said to be on the rise in the UK. The Guardian has quoted a study of five US cities showing that improved light, ventilation and heat control can make workers happier, boost their productivity by thousands of dollars annually and cut sick building syndrome

For ordinary companies aiming to be more environmentally friendly, better insulation is a powerful tool, plus more efficient hot water, heating, lighting and cooling systems, and draught-proof windows, doors and vents. Cement production causes some 50% of the industry’s CO2 output; alternative cement with different chemicals, or avoiding concrete use at all, are lower carbon options.

Reducing, reusing and recycling, plus taking care not to over-order materials, sourcing locally to cut transport carbon and minimising packaging are important. Because lighting can cost up to 40% of a building’s energy bill, light optimisation and using solar power can lead to savings.

Passive house is a German concept and is a rigorous, voluntary energy efficiency standard that results in ultra-low energy buildings requiring little energy for space heating or cooling. A similar standard, MINERGIE-P, is used in Switzerland.

Housing energy, both during construction and subsequent occupation, accounts for more than a quarter of current UK carbon emissions. With inflation outstripping wage rises, it is also argued that the reduced energy bills of low-carbon homes will increase household spending power.

The Welsh School of Architecture’s SOLCER project, working with SPECIFIC at Swansea University, has resulted in the UK’s first purpose-built, low-cost energy smart house, capable of exporting more energy to grid than it uses. Its Solcer House shows that it is possible to transition low and zero-carbon homes from novelty to the norm, according to research fellow, Dr Jo Patterson.

The Solcer House uses off-the-shelf technologies that reduce, generate and store energy in a systems-based approach. Highly insulated, it provides a comfortable internal environment. Maintenance uses low-carbon, local materials where possible. Instead of “bolting-on” PV panels, their use is now intrinsic to the design, to the extent that they replace roof tiles.

A battery system stores excess energy; annually, Solcer House generates 75 times more energy than it uses. It costs £1200/m2 to build, within the budget range of social housing. Energy bills are around £200 annually.

In contrast, the six-home hamlet of Pentre Centre in west Wales focuses on reduced energy demand rather than technologies. Its houses cost £1000 to £1100/m2 to build, including PV panels, with running costs below £300 annually that include enough power to run an electric car.

The commercial and financial benefits are proven; however, Dr Patterson makes the point that large-scale take up may need clear and consistent policy encouragement for volume builders. A wide and high-quality supply chain could result, with a matching skill base able to use the technology. Thinking would have to extend from planning, through to design, construction and maintenance, with ongoing cost reductions. The future question will be, Dr Patterson is quoted as saying, “Why didn’t we do that sooner?”

At a wider strategic level, construction has a greater role to play that is changing attitudes. The sector does control, by another estimate, 16% of total UK emissions, with influence over a further 37% when the provision of national infrastructure is included. By 2050, it has been calculated that 90% of the UK’s reduced carbon target will be taken up by infrastructure provision.

Decarbonisation is seen as a core part of the engineer’s bailiwick because of their ability to rethink the fundamentals of huge energy-consuming projects. Taking into account the whole-life carbon dioxide implications of construction, road, rail, urban and energy schemes is perhaps the yardstick by which most future projects will be judged. It could require tremendous flexibility, entrepreneurialism and grappling with unfamiliar technology.

Two years ago, the Green Construction Board launched the PAS 2080 carbon management as the world’s first standard for managing infrastructure carbon with practical guidance on cutting costs, improving efficiency and helping to slow down climate change. It is seen not only as a common language that focuses attention on whole life carbon issues, but also as a proxy for resource efficiency as a gateway for winning work.

Crossrail’s Carbon Footprint model, which is seen as a benchmark for future rail projects, predicted construction phase CO2 emissions of 1.7 million tonnes. Operation was calculated to deliver a 70,000 to 225,000 tonnes reduction annually because of journey displacements and the replacement of diesel trains over a most likely payback period of 9 to 13 years.

Crossrail’s carbon reduction target was 8%; with 60% of construction finished by the end of the 2014–2015 financial year, the actual cut was 11% set against the baseline — some 52,000 tonnes of CO2. The largest reduction opportunities were found in minimising material needs and cement used in concrete. A minimum 50% cement replacement was specified; in some instances, a 72% replacement was achieved.

HS2 Phase One construction comes with an estimated 5.3 and 6.5 million tonnes CO2 equivalent carbon bill, in part due to tunnels and earthworks construction to mitigate environmental noise and visual amenity. Operational emissions could be 3 million tonnes over 60 years. Carbon dioxide emissions per passenger kilometre for high-speed rail, intercity rail, car use and plane are estimated to be 8, 22, 67 and 170 grams.

An estimated 49% of embodied construction carbon is apportioned to steel use; 28% is set against concrete. HS2’s opportunities to lower embodied carbon include maximising the re-use of excavated site material, using 4-D modelling to plan logistics more efficiently, developing new materials such as sustainable concrete, plus getting travellers to switch from road to rail.