The Government is proposing a radical overhaul of waste management in England, which will extend producer responsibilities, improve recycling collections and introduce a new tax on plastic packaging. In this article, John Barwise explains how the changes are likely to impact businesses.

Moving to a circular economy

The Government has launched a series of consultations on plans to improve the management of waste and implement the core aspects of its Resources and Waste Strategy, published in December last year.

The central theme of the strategy is to move away from the current inefficient “take, make, use, dispose” linear economic model, towards a more circular economic model that Department for Environment, Food and Rural Affairs (Defra) argues will keep resources in use for much longer, encourage more recovery and regeneration of products and materials at the end of their service life and reduce waste ending up in landfill or being incinerated. 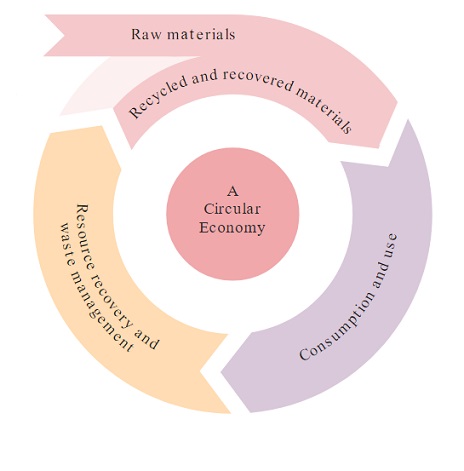 The push towards a circular economic model is driven in part by England’s poor recycling record. The latest data for 2017 household recycling rate was 45.7%, with current projections suggesting the UK is unlikely to meet its EU target of 50% by 2020. There is also growing concern over the volatility of the UK’s waste export trade and that England has less than seven years non-hazardous landfill capacity left, based on Environment Agency data for 2016.

In contrast, adopting a circular economy keeps materials in circulation for longer, reduces waste ending up in landfill or being incinerated, and offers considerable economic benefits. Defra calculates that UK businesses could benefit by up to £23 billion per year through low cost or no cost improvements in the efficient use of resources.

Moving away from the traditional linear model of waste management that has operated in the UK for decades, to a circular one that incentivises businesses and consumers to make the most of resources and minimise waste, is the basis of Defra’s new proposals.

Defra’s waste and resources strategy — what the proposals tell us

The four key consultations designed to deliver a waste and resources strategy fit for the 21st century include setting up a Deposit Return Scheme for drinks containers, introducing consistency in local authority waste collections, plans to make packaging producers pay the full cost of dealing with their waste and a “world-leading” tax on plastic packaging.

The current producer responsibility system for packaging has been in place since 1997 and “is in need of radical reform,” according to earlier stakeholder consultation. Businesses that produce or use packaging, or sell packaged goods, may be classed as “obligated” packaging producers if they handled 50 tonnes of packaging materials in the previous calendar year and have a turnover of more than £2 million a year.

Packaging and product manufacturers have a dominant role here, since they take the key decisions on the design and composition of the product and these largely determine how it can be managed after use. But packaging group, INCPEN say producer responsibility in the current system has had little influence on packaging design.

Packaging producers currently pay only around 10% of the cost of dealing with packaging waste. Defra is proposing that obligated producers should pay the full net costs of managing packaging waste which, it argues, is consistent with the polluter pays principle and the concept of extended producer responsibility (EPR).

The Government says this would incentivise producers to think carefully about using less packaging and to switch to using packaging that is easier to recycle. Producers in other European countries, such as Germany, already cover the full cost of managing packaging waste.

Further details of the European EPR system are available on Croner-i here.

In addition to producers paying the full costs of dealing with packaging waste, Defra is also proposing mandatory labelling on all packaging to indicate if it is recyclable, strengthening compliance monitoring and enforcement for packaging waste that is exported for recycling. Alternative models for the organisation and governance of a future packaging extended producer responsibility system are also under consideration.

Defra’s preference is to move to a single point of compliance. However, all businesses who use packaging and sell packaging goods will have to pay into the system, either as obligated businesses or through the price they are charged by others in the supply chain.

The Chartered Institute for Waste Management (CIWM) estimates EPR for packaging will raise up to £1 billion a year extra for recycling and disposal and the additional funding could help boost recycling, which is currently expected to fail EU targets of 50% by 2020.

Producers have generally welcomed the proposals, with some reservations. The waste management trade association Environmental Services Association (ESA), said the EPR proposals should help put sustainability “at the heart” of packaging design and ensure that more can be recycled.

Dick Searle, Chief Executive of the Packaging Federation, told ENDS that his members expect the additional funds to improve the current system and not simply replace existing Government funding and that producers should have “significant influence in the systems that they are in effect paying for”.

Ultimately, consumers will end up paying for the cost of running EPR.

Additional proposals for local authorities (LAs) include improving consistency in the collection of dry recyclable materials, alongside a separate weekly food waste collection. The core set of dry materials Defra is proposing include glass bottles and containers; paper and card; plastic bottles; detergent, shampoo and cleaning products; plastic pots tubs and trays; and, steel and aluminium tins and cans.

Defra estimates that the proposals could add 12% to the current national household recycling rate — taking it up to around 56%, which would mean, along with the predicted increase in business waste, the municipal recycling rate “would increase from 40% to 64% by 2035”, Defra says.

Around 70% of LAs in England already collect these dry recyclable materials, but Defra acknowledges that this extended service is likely to cost an extra £550 million between 2023 and 2035, and has outlined proposals for producer funding to pay local authorities for the collection and management of household packaging waste and to support the collection for recycling of household-like packaging arising in the commercial waste.

Defra is also seeking views on proposals to prepare statutory guidance for local authorities on minimum standards in providing household waste services, including the application of separate collections of materials that are “technically, environmentally or economically practicable (TEEP)”.

Proposals to introduce a deposit return scheme (DRS) have been under consideration for some time. The latest consultation would see a 15p deposit added to the price of drinks containers such as glass bottles, plastic bottles and cans, which consumers can claim back.

The DRS proposals have met with a mixed response. Andrew Opie, Director of Food and Sustainability at the British Retail Consortium argues that reverse vending machines cost between £30,000 and £60,000 each and the Government have yet to explain how small stores that need to participate in the scheme will cover the costs. The CIWM warns of “unintended consequence” for local authorities that could lose valuable income from kerbside collection of recyclables, such as drinks containers.

But the general public back DRS. A poll carried out by YouGov concluded that 74% of the British public would welcome a DRS if the deposit was around 10 pence. A report from waste management group, SUEZ, also suggests that “on-the-go” drinks containers should be targeted to yield the best returns, with some 80% calling for more public recycling bins to be available.

The Treasury launched a call for evidence a year ago, on using the tax system to tackle single-use plastic waste and received a record 162,000 responses, highlighting the strong public interest in action in this area.

Using new plastic typically has greater environmental impact: it requires unnecessary resource extraction and processing, with higher energy use and emissions than using recycled material. It also results in significant amounts of additional plastic waste on the market, which is generally sent to landfill, incinerated or exported.

Announcing the proposals, the Chancellor of the Exchequer Philip Hammond said that plastic packaging makes up two-thirds of all the plastic waste and wreaks havoc on the environment. “It’s our responsibility to do something about it and that’s why we will introduce a new tax on the producers of plastic packaging that don’t use enough recycled material.”

The Treasury says this will create greater demand for recycled plastic, and in turn stimulate increased levels of collection and recycling of plastic waste. Whatever the outcome of the consultation, some form of plastic packaging tax is likely to take effect from April 2022.

The consultation documents launched by Defra and the Treasury will have a direct impact on many businesses across various supply chains in the UK and others that import packaging into the country.

There will be some tweaking of the mechanisms by which the reforms will be delivered, but the broad thrust will remain, namely that the UK will move away from the traditional linear model of waste management to circular one that promotes resource efficiency and waste minimisation.

Launching the Government’s Resources and Waste Strategy in December, Environment Secretary Michael Gove said: “Our strategy sets out how we will go further and faster, to reduce, reuse, and recycle. Together we can move away from being a “throw-away” society, to one that looks at waste as a valuable resource.”

Expect to hear a lot more about the circular economy in the future.

Defra’s consultation on reforming the UK packaging producer responsibility system is available here. An overview on the range of options to overhaul the waste management system can be accessed here.