Barrister Robert Spicer reports how in the case of Casson v Hudson (2017) the Court of Appeal has given guidance on the issue of “control” for the purposes of the Provision and Use of Work Equipment Regulations 1998 (PUWER), and the importance of evidence in deciding “control” issues. 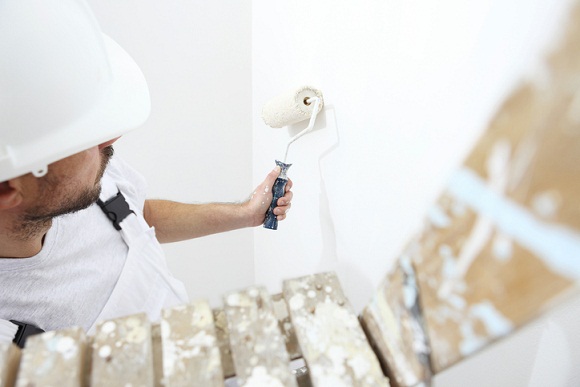 PUWER makes more explicit and supports the general duties contained in the Health and Safety at Work, etc Act 1974. The regulations apply to all work equipment including second-hand, hired or leased equipment.

C was serving a prison sentence. He was working as a general handyman at a church in Blackpool as part of his resettlement day release. He fell from a ladder while doing decorating work and suffered serious injuries. The ladder was metal, had 15 rungs and rubber feet. His supervising community worker had told him not to use ladders and he had signed a placement memorandum of understanding to that effect.

C brought proceedings in negligence and breach of statutory duty under Regulation 3 of PUWER, arguing that he was owed duties as an employee of the church. The defence argued that C had not been instructed to decorate, but had chosen to do so at his own initiative and instigation. The trial judge rejected the claim that C was an employee and dismissed all C’s claims.

C appealed to the Court of Appeal on the basis that the trial judge was wrong to find that C had not been instructed to carry out the decorating work and that the community officer supervising him had not seen him using a ladder before.

The appeal was dismissed. The trial judge had been entitled to reject C’s evidence that he had been instructed to carry out painting work. C had been found to be an unsatisfactory witness and his oral evidence was at times unreliable. The defendants did not assume control over C. They did not direct how he carried out his work, did not seek to control him and did not attempt to instruct or direct him. At all times, C was controlled by the prison governor or by himself. There was no liability under the 1998 Regulations.

Regulation 4 states that employers must ensure that any equipment provided for work is constructed or adapted so as to be suitable for its intended purpose. Regulations 8 and 9 deal with information and instructions: employers must make available to all persons using work equipment adequate health and safety information, and where appropriate written instructions on the use of such equipment.

A similar decision to that in Casson v Hudson was reached by the Court of Appeal in the case of Jennings v Forestry Commission (2008).

J contracted with the Forestry Commission to supply and erect fencing in Derbyshire. The contract stated that fencing materials would be taken to the site by helicopter or by terrain vehicles by National Trust employees. In the event, J used his own Land Rover to take materials to the site. The vehicle was modified for off-road work and had previously been used by J for Forestry Commission contracts. The vehicle slid down a steep slope and overturned, causing serious injuries to J.

That court allowed the appeal and made the following points.

Another example relating to “control” for the purposes of PUWER is the case of Couzens v T McGee & Co Ltd (2009). The facts were that C, who was employed by M, was driving a tipper truck in the course of his employment. A piece of angle iron which he used as a makeshift tool and kept in the pocket of the driver’s door, caught his trouser leg. He was not able to move his right foot from the accelerator to the brake and he was injured in the resulting accident. He brought proceedings against M for a breach of PUWER, claiming M had not provided a suitable place in which to keep his tool (there was no toolbox). At first instance the judge ruled that the angle iron was a tool and was work equipment for the purposes of PUWER. However, M did not know about the particular use of the tool, so there was no liability.

C’s appeal was dismissed by the Court of Appeal. It made the following points.

An employer must have a sufficient degree of control over work equipment to justify the imposition of strict liability. The employer must know that the equipment is being used.

There can be no strict liability in respect of an item of equipment about which an employer does not know and cannot reasonably have been expected to know.