Small and medium-sized organisations could have key roles and opportunities this year arising from both the Environment Bill and the UN’s Sustainable Development Goals, reports Jon Herbert. 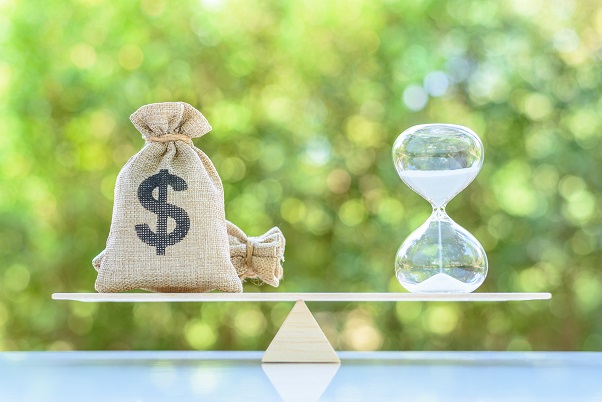 The Government has taken up a key challenge in combining economic growth with a tough 2050 net-zero emissions target, while also generating globally respected sustainability credentials.

The Environment Bill, currently passing through Parliament, is a blueprint of Britain’s ambitious environmental future as an independent but responsible trading nation.

However, other low-carbon developments are coming in thick and fast.

Cutting to the carbon chase

The Government is advancing the petrol/diesel/hybrid/plug-in-hybrid new vehicle sales ban from 2040 to 2035 and probably even 2032, according to Transport Secretary Grant Schapps. Car trade body SMMT is “concerned” as to the feasibility of this, taking into account the technology, infrastructure and timeframe involved.

Some £5 billion is earmarked for better bus and cycling services — with money for all-hydrogen bus towns. The UK aviation sector promises to be net-zero by 2050; Heathrow’s target is the mid-2030s. Shipping is also working towards a 2030 target, with news that low-carbon ammonia, and even modern forms of wind power, could replace diesel on the high seas.

Meanwhile, incoming BP boss Bernard Looney wants to “reinvent” his company to cut oil’s net carbon emissions sharply by 2050, or sooner, and invest more in alternative energy. The Government is also considering an end to all UK coal-fired power generation by 2024.

Ministers also have a sharp focus on the UK’s global trade-related role in environmental leadership.

High on the list is making a success of November’s UN COP26 summit in Glasgow, seen as a last chance for a collaborative multi-national solution to keep temperature rises below 1.5°C. In February 2020’s cabinet reshuffle, Alok Sharma was appointed as Secretary of State for Business, Energy and Industrial Strategy and head of this year's climate summit.

To date, Britain has been criticised for poor COP26 organisation. At this point before the 2015 Paris COP21 summit, which called for carbon reductions proposals from individual states, France was reported to be very active in making strong diplomatic overtures to world leaders through its embassy network. Success is crucial, although it is a task that diplomats often liken to herding cats.

There is another area where the UK is expected to show more active leadership and where many small and medium-sized companies are perhaps unknowingly making major contributions that they and their staff deserve credit for.

In September 2019, world governments working under the UN agreed to a global “Decade of Action” push for 17 comprehensive Sustainable Development Goals (SDGs) from September 2020. The aim is to tackle monumental challenges, changing society and life in general for the better.

A full detailed list of the 17 SDGs, covering poverty, inequality, climate change, environmental degradation, peace and justice can be seen on the UN website.

Take SDG2, which aims to end hunger, achieve food security and improve nutrition and promote sustainable agriculture by 2030, while minimising waste. Hunger is not restricted to overseas. Across the UK, an increasing number of people and families are relying on food banks. However, supermarkets and food businesses still need to reduce large volumes of avoidable food waste.

In fact, drilling down into the SDGs it becomes clear that by becoming increasingly resource-efficient with lower energy use and smaller carbon footprints, ordinary firms contribute hugely to SGDs. As environmental and sustainable awareness grows, staff morale can be boosted significantly by knowing that they are involved directly in creating a better world. Clients need to know, too.

UK could do better

Small incremental gains also make a national contribution. In January 2020, a business coalition led by the UK Stakeholders for Sustainable Development (UKSSD) asked the Prime Minister to improve SDG progress through the private sector via strong publicity and communication, an effective approach and mechanisms that report progress openly.

Research in 2018 showed that UK to be failing on its 143 relevant targets. UKSSD’s Measuring Up Report released in 2019 found that we only perform well on 24% of them. Policy gaps or poor performance dogged 57%; 15% had “little to no policy in place”.

Also in 2019, in response to the Measuring Up Report, the UK published its first Voluntary National Review examining Britain’s SDG performance.

To improve the situation, in January 2020 big businesses including Nando’s, Nestlé, PwC, plus charities WWF and the RSPB, working through the UKSSD, launched an action plan aiming to strengthen government SDG performance through private sector collaboration.

UKSSD Network Director, Emily Auckland, explained, “2020 is a critical year, marking 10 years for the ambition of the SDGs to be realised — a future where everyone in the UK can live a good life on a healthy planet.

“Though it might feel like an unrealistic challenge, significant feats of human endeavour have happened throughout our history because people, communities, organisations and governments have worked together. This is what UKSSD hopes to achieve with the new action plan. We believe that by working together with people and organisations across society, anything is possible.”

The good, the bad and the perplexing

Meanwhile, researchers have corrected a global warming calculation based on a hypothetic major increase in world coal use frequently referred to as a business-as-usual scenario, which actually had only a 3% chance of happening. Instead of a projected 6°C temperature rise, the reality is a more likely 3°C rise, they say.

But this does not take into account little understood greenhouse gas feedback systems; new research suggests that thawing of more than 20% of the arctic permafrost zone could affect half of permafrost carbon through collapsing ground, rapid erosion and landslides.

The BBC also reported in February (www.bbc.co.uk/news) that because of extensive deforestation, agriculture, over-grazing and fires, up to 20% of the Amazon rainforest that is seen as a critical carbon sink now emits more carbon dioxide than it absorbs.

Another underestimated factor could be clouds; new research simulations show that stratocumulus layers become unstable and break up into scattered clouds when carbon dioxide concentrations increase above 1200ppm, dramatically reducing their ability to shade the ground surface below.

Both the new widely reported Environment Bill and a lesser-reported decade-long push starting in 2020 to implement the 17 UN Sustainable Development Goals (SDGs) could be significant for businesses.

By becoming increasingly resource-efficient, with lower energy use and smaller carbon footprints, ordinary firms have already started to contribute hugely to SGDs, with important implications for their clients and staff morale.