Roland Finch reports on the BEIS guidance for construction. 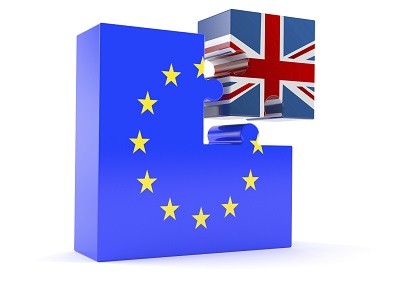 By coincidence, two things of international significance occurred at the end of January 2019.

At the same time as the Withdrawal Agreement came into force, signifying the UK's departure from the EU, the World Health Organization (WHO) declared that the novel coronavirus outbreak (then referred to as 2019-nCoV) constituted a Public Health Emergency of International Concern.

The result of the second event was that for the first time in several months, Brexit, which had been the main topic of conversation in the media since the referendum in June 2016, was relegated from the front pages while the world wrestled with the unfolding pandemic.

However, after several months of various lockdowns, relaxations, restrictions, discussions, dissentions, tiers and tantrums, the UK Government refocused its attempts to reach a trade agreement with Europe, as well as other interested parties.

In the meantime, it has also issued extensive guidance to industry on what should be done following the expiry of the transition period at the end of 2020.

Under the heading Brexit Transition: New Rules for 2021, the Department for Business, Energy & Industrial Strategy (BEIS) has issued “specific” guidance for the construction industry.

The guidance is divided into 11 main headings.

Of course, the Government didn't just issue guidance to the construction industry, and a lot of the advice has applications in other sectors, especially those, for example, which involve sourcing or delivery materials and labour from outside the UK.

In addition, some of the advice is not new, but represents advice on arrangements which have been in place for some time for other non-EU countries.

Organisations wishing to do business in the EU need to have an EORI (Economic Operators' Registration and Identification) number for customs purposes. The system was introduced in the early 1990s, so it is not new, but there will be a change of status between those formerly inside the EU customs area and those now outside. There are a number of other pieces of guidance on the topic.

This, like much of the other guidance, is not exclusive to construction but will be of significance to those trading with the EU, such as product manufacturers.

The advice here is fairly general. Essentially, people wishing to sell goods in the EU will need to comply with EU legislation relating to the sale of those goods in the EU market. Sellers will have to comply with things like the Construction Products Regulation (CPR), Harmonised Standards, and Eurocodes. While the full extent of these goes well beyond the construction industry, it is important to be aware and understand the rules as they apply.

Trading with the EU

Similarly, there are a number of legislative requirements which need to be observed, particularly with regard to customs, tariffs, employment, procurement and health and safety. This is one of the areas which is still under review, as negotiations continue regarding trade deals and future relationships, including tariffs, taxes and other charges.

Another area of contention and discussion surrounds the movement of workers in and out of the EU and the UK. Once more, there are some existing rules to observe; the Government has already developed the EU Settlement Scheme meaning that EU citizens need to apply to remain in the UK to live and work after the end of the transition period. Employers do not need to make applications under the Scheme but they will be, as now, responsible for ensuring that employees have the right to work in the UK.

More information on this is available from the Construction Leadership Council.

There is already existing legislation concerning the handling and use of personal data within the UK and the EU. It is likely, however, that UK organisations will need to include specific clauses in contracts to permit the legal receipt of personal data (as defined) from the EU.

The precise details are still to be agreed, but the Government has expressed confidence that the requirements will be no more onerous than at present.

There is a separate issue surrounding the use of .eu internet domain names for organisations which do not have an EU presence. Specific detail on this topic is available from the Department for Digital, Culture, Media and Sport.

The UK will no longer operate under the European Economic Area (EEA) regulations for the cross-border trade in services from 1 January 2021.

Services provided by UK businesses will be treated as if they were from a “third country” for the purpose of these regulations. It also means that arrangements with countries which the EU already has a trade agreement with, such as Iceland, Norway or Switzerland, will no longer apply.

As it stands, at the end of the transition period a separate set of rules will apply, with a different arrangement for the movement of goods from Northern Ireland to Great Britain to that for moving goods in the other direction. This is known as the “Northern Ireland Protocol”, which the Government describes as “a practical solution to avoid a hard border with Ireland while ensuring the UK, including Northern Ireland, leaves the EU as a whole, enabling the entire UK to benefit from future Free Trade Agreements”.

There will be changes to the regime that allows protection of intellectual property rights throughout the EU, and across borders from the UK. It may mean that agreements regarding goods which have intellectual property restrictions, such as trademarks, need to be revisited depending on the legislation which applies in that area. This could affect permissions, business models and other arrangements.

The Horizon 2020 programme — running from 2014–2020 — is a funding programme established by the EU as a collaborative financial instrument that would help secure Europe's global competitiveness in research and innovation. Funding is available to all Member States.

The UK Government has advised that UK organisations can still apply for funding from this programme, including calls for applications which extend into 2021.

The UK Government has issued guidance on the introduction of UK REACH, most recently at the end of October 2020. The guidance states that: “UK REACH, the UK's independent chemicals regulatory framework, starts on 1 January 2021. Anyone making, selling or distributing chemicals in the UK and the EU needs to follow UK REACH and EU REACH rules.

Under UK REACH, manufacturers and importers have a duty to register chemicals that access the UK market. GB-based companies currently registered with EU REACH will no longer be able to sell into the EEA market without transferring their registrations to an EU/EEA-based organisation.”

The European Timber Regulation and Forest Law Enforcement Governance and Trade (FLEGT) will no longer apply in Great Britain (England, Scotland and Wales) from 1 January 2021. However, a UK version of these regulations will apply in Great Britain from that date, with Northern Ireland being subject to the special Protocol as elsewhere.

In principle, the effect will be the same, insofar as importers and producers placing timber on the UK market will need to carry out due diligence to confirm that the material has been legally harvested.

The UK's relationship with the EU will change significantly following the expiration of the Transition Period. Some changes will be simple, others considerably less so. Some procedures have been decided in advance, and some will be the subject of ongoing discussion for a while after the end of the period.

Meanwhile, as well as the Government advice, there is a wealth of specific advice available from trade bodies and professional institutions.