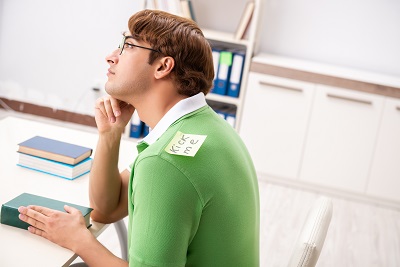 The issue of whether an employer is responsible for injury when a practical joke goes wrong was considered by the High Court in the recent case of Chell v Tarmac Cement and Lime Ltd (2020).

The facts, in summary, were that C was employed as a fitter by R Ltd. They were contracted out to T Ltd and worked with T’s fitters on a site operated by T. Tensions developed between C and the T Ltd fitters who thought that their jobs were at risk. This was raised by C with his supervisor and a meeting was held with T Ltd’s manager to discuss the issue.

C was working in a workshop on the site when he bent over to pick up a length of steel. One of the T Ltd fitters placed two exploding target pellets on a bench close to C’s right ear. He hit them with a hammer which caused a loud explosion. C suffered a perforated eardrum and tinnitus. The target pellets had been brought in from outside but the hammer was work equipment provided by T Ltd. The T Ltd fitter was dismissed.

C brought proceedings against T Ltd for negligence. T Ltd denied liability on the basis that it was not responsible for horseplay.

At first instance the court made the following points.

In relation to vicarious liability, there was an insufficiently close connection between T Ltd’s employment of the fitter and the fitter’s act of striking the target pellets to make it just that T Ltd should be held responsible for that act.

The reasons for this were given as follows.

In relation to T Ltd’s possible direct liability, the decision of the first instance court was that there was no reasonably foreseeable risk of injury from deliberate act on the part of any T Ltd employee to give rise to a duty to take reasonable steps to avoid that risk.

The judge commented that horseplay, ill-discipline and malice were not measures to be expected to be included in a risk assessment. They were acts which employees must know were outside work behaviour. The claim was dismissed.

C appealed to the High Court which also dismissed the claim and stated the following.

In the case of Patel v Homerton University Hospital NHS Trust (2017) the court ruled that a National Health Service trust did not have to compensate an employee for injuries sustained when her colleague pulled away her chair as a joke. Her co-worker’s “act of folly” was outside the scope of his work.

P claimed £58,000 compensation from H after she sustained damage to her lower spine and coccyx when a colleague deliberately pulled her chair away as she sat down at Homerton University Hospital in London in August 2012. P claimed that the NHS trust was indirectly liable for her colleague’s “act of folly”.

The claim failed. The court ruled that the colleague was acting outside the scope of his work. The colleague was “acting in a purely private capacity, unconnected with his work”. He deliberately moved this chair on the spur of the moment, and almost with a flick of his hand. He had no reason to do so, there was no malicious intent. It was an act of pure folly. With hindsight, he said that he thought P saw him do it ― move the chair ― and that she would laugh.

An earlier Scottish case on the topic is McLean v Remploy (1994). M, an employee of R, tripped over a piece of yarn which had been tied across a passage by a colleague as a joke. She suffered slight bruising and a recurrence of epilepsy from which she had suffered during her childhood. She claimed compensation from R on the basis of breach of statutory duty. The court found that R was not liable because it had established that it was not reasonably practicable to have removed the obstruction.

Another example is the case of Alexis v Newham London Borough Council (2009). A was a teacher employed by N. She was poisoned by a student who gained unsupervised access to her classroom and put whiteboard fluid in her drinking water. She claimed compensation from N in common law negligence. The claim failed.

The implications of the Chell case for employers are that, provided that an adequate risk assessment is in place, which includes a statement on general conduct, employers are not expected to legislate for horseplay or practical jokes, nor to increase supervision to prevent ill-discipline.