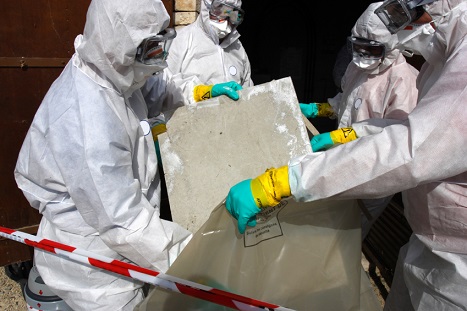 Directive 89/686/EEC, the New Approach Directive, on the approximation of the laws of the Member States relating to PPE was repealed and replaced on 21 April 2018 by EU PPE Regulation 2016/425.

The principal aim of the New Approach Directives is to standardise and harmonise legislation and guidelines for different products or product sectors on the EU market. This is achieved by a set of requirements that all manufacturers must adhere to before those products covered by New Approach Directives can be officially placed on the market within the European Economic Area (EEA), the European Member States and the three European Free Trade Association States (Iceland, Liechtenstein and Norway).

Most of the Directives, and in a few cases regulations, set common minimum health and safety objectives (the essential health and safety requirements (ESHR)) specific for each product and require the product to be CE marked.

CE marking is a self-certification scheme by which the responsible person declares conformity with the applicable directives relating to that product. If a product has minimal risk, it can be self-certified by a manufacturer making a Declaration of Conformity and affixing the CE marking to its own product. Each directive specifies those products for which there is a requirement for an authorised third party (the notified body) to be involved in the conformity assessment procedure necessary for CE marking. The notified body issues an EC-type examination certificate to declare conformity.

The responsible person for CE marking is the person who places the product on the market, or puts it into service, for the first time. In most cases this is either the manufacturer or the manufacturer’s authorised representative, but it can also include those who import non-CE marked products into Europe.

The CE mark and the Declaration of Conformity — a document the manufacturer signs to say that the product meets all the requirements of the applicable directives — together give the product a presumption of conformity with relevant product safety directives.

Only those product categories subject to relevant directives or regulations can bear CE markings. CE markings must not be affixed to any other product.

CE marking is not a quality assurance declaration. It does not show evidence of third-party testing, and it should not be confused with any independent certification mark of the type issued by international or European notified test bodies.

A harmonised standard is a European standard developed by a recognised European Standards Organisation: CEN, CENELEC or ETSI. It is created following a request from the European Commission to one of these organisations. Manufacturers, other economic operators, or conformity assessment bodies can use harmonised standards to demonstrate that products, services, or processes comply with relevant new Approach Directives.

On 21 April 2018, EU PPE Regulation 2016/425 on PPE revoked and replaced Directive 89/686/EEC on PPE. The EU PPE Regulation 2016/425 applies to each individual item of PPE intended to be placed and/or put into service on the EU market for the first time. It requires all PPE placed on the market within the EEA to comply with the regulation and not to endanger persons and properties. All PPE must meet the essential health and safety requirements (Annex II) and this is specified in the PPE’s EU Declaration of Conformity.

EU PPE Regulation 2016/425 allows products covered by the PPE Directive 89/686/EEC, which are in conformity with that directive and which were placed on the market before 21 April 2019 and products already in the distribution chain by that date, to continue to be sold after that date and until 21 April 2023. EC-type examination certificates and approval decisions issued under Directive 89/686/EEC will remain valid until 21 April 2023 unless they expire before that date.

The Personal Protective Equipment Regulations 2002 require that PPE placed on the market by suppliers should conform with the requirements of the PPE Directive and specifies how the directive was to be implemented in the UK. These regulations should not be confused with the Personal Protective Equipment at Work Regulations 1992, which require employers who provide PPE for use at work to ensure that suitable PPE is provided to their employees.

It should be noted that the Personal Protective Equipment Regulations 2002 will still apply to products covered by the PPE Directive and placed on the market before 21 April 2019 (see the transitional arrangements in the following section).

The need for PPE to be CE marked

The Personal Protective Equipment at Work Regulations 1992 include a requirement that personal protective equipment provided to employees must be suitable and bear a “CE” mark and comply with EU PPE Regulation 2016/425 and the PPE Directive. Although this requirement does not apply to the following regulations where any of them require the provision or use of personal protective equipment:

which contain the same requirement for PPE to bear a CE mark.

EU PPE Regulation 2016/425 was introduced because the PPE Directive had limitations, in particular:

However, it replaces the list of PPE in each category with the following risk categories:

The risks from harmful biological agents have been moved from Categories II to III.

The European Commission has issued three communications listing the titles and references of harmonised standards that can be used to demonstrate that PPE products comply with EU PPE Regulation 2016/425.

Safety managers and the changes

EU PPE Regulation 2016/425 contains no requirements that directly impact upon users but it effects Personal Protective Equipment at Work Regulations 1992 requirement for PPE to bear a “CE”. This means that when purchasing PPE, safety managers need to take a proactive approach to ensure the products are compliant and meet the new regulatory requirements.

Steps safety managers should take to ensure the products are compliant include checking:

The effect of the UK coming out of the EU is currently unknown. The PPE market in the UK has been based on EU directives for a generation. It took years of discussion involving a considerable input from the UK before the EU PPE Regulation was agreed.

Those who use PPE for providing protection against health and safety hazards should be aware that products can be given a CE marking under several directives and PPE could be certified under another directive and CE marked accordingly. Consequently, those purchasing PPE should ask for confirmation, from the supplier, that the PPE certified satisfies the requirements of the EU PPE Regulation or has been certified under the PPE Directive and placed on the market before 21 April 2019.