The UK electricity network is bringing forward smart and renewable energy revolution plans to increase resilience against outages like the one that left circa 1.1 million people ‘powerless’ in August. Meanwhile, businesses can take steps to protect themselves against blackouts. 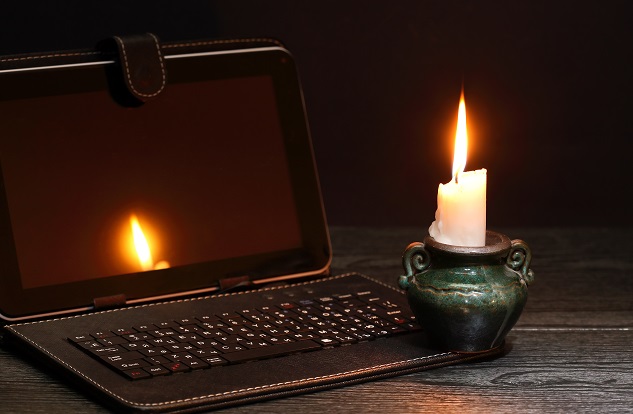 The possibility of lightening striking twice — once was enough to trigger the major blackout suffered by much of the Southeast on 9 August — is raising fundamental questions for the power sector as supplier, plus businesses, residents and commuters as vulnerable customers.

The first question is whether the transition from continuous-output conventional fossil-fuel and nuclear power generators, to near-zero carbon but variable output wind and solar renewable energy sources, is putting new stresses on a power distribution system designed for past conditions?

Both the Government and the power industry are studying the issue on two fronts. They are looking at infrastructure investment — including reserve power capacity that can kick in within seconds.

They are also examining advanced software solutions that can balance swiftly changing and interruptible supply/demand conditions that are likely to occur more frequently as large numbers of dispersed power sources join the network.

New suppliers that will necessitate millions of swift micro-transactions include solar panel and small-scale wind turbines on residential and business sites. There are new energy storage solutions too.

However, another question for individual companies is how to shield themselves and their vulnerable processes from power intermittency if the national network is intrinsically less stable. There are a growing number of options, from on-site power generation to the increasing use of energy storage systems such as batteries. But firms are also being encouraged to join other businesses in local and neighbourhood sustainable energy schemes.

In a final report for industry regulator, Ofgem, National Grid says it needs to bring forward safeguards originally scheduled for 2022, while also reviewing if it has adequate back-up capacity to cope with the emerging energy supply and demand matrix.

It outlined in August the unprecedented sequence of events when, following a lightning strike, two unrelated power sources disconnected themselves from the grid for 15 minutes. The impact was temporary closure of major London railway stations and journeys extended by hours for thousands of commuters on an otherwise ordinary late Friday afternoon.

Network Rail said signalling systems and power supply equipment was affected across much of the rail network. Backup systems did kick in. However, safety systems meant that some trains had to be restarted by specialists, causing further delays.

According to National Grid ESO (Electricity System Operator), lightning struck a Wymondley Main transmission circuit at 4.52pm but was cleared in 0.1 seconds — all quite routine.

On the day, circa 30% of UK energy came from wind, 30% from gas, 20% from nuclear and 10% via interconnectors to other European sources. ESO also had 1,000 MW of automatic backup - including 472 MW of battery storage — designed to cover losing the single largest generator on the grid.

Other generators struggled to make up the shortfall. National Grid is adamant the cause had “nothing to do with changes in wind speed or the variability of wind”; wind farms are no more likely to disconnect than conventional generators.

However, renewables are known to be more challenging; it is easier when a single gas-fired station goes offline for another to pick up the load.

Another National Grid responsibility is maintaining frequency at 50Hz. When supply fails but demand remains high, the drop in frequency — in this case to 48.9Hz — can damage electrical infrastructure. This is managed by automated systems that cut off parts of the grid and reduce load. The design of these automated systems may be reviewed.

National Grid is reported to be working with specialist companies on a series of software agreements to stabilise the energy grid by “plugging into new technology”. This follows concerns a year ago that it could be “walking blind” into blackouts risks.

What businesses can do

Companies can take independent action. The Energy Networks Association (ENA) is described as “the voice of the networks which represents the ‘wires and pipes’ of the electricity and gas transmission and distribution network operators use in the UK and Ireland”.

It suggests that in the short-term businesses should think about investing in their own backup generator if they rely on energy for commercial reasons. Even if this isn’t currently the case, they should still consider whether backup generators are a wise longer-term move. ENA also encourages businesses to join energy resilience forums in their region which support collaborative developments to beat power outages (www.energynetworks.org).

Meanwhile, the battery industry is waiting to hear how the Government plans to encourage investment. Many smaller battery schemes are being developed on a local and neighbourhood level. Nationally, significant industrial schemes can be much larger. Last year, Yorkshire’s Drax power station — which generates some 6% of UK electricity — announced plans to replace its last two coal-generating units with some 3.6GW of high-efficiency gas-firing, plus circa 200MW of battery storage.

In the not too distant future, electric vehicle (EV) batteries are also expected to collectively form a giant ‘national storage battery’ while plugged in for recharging.

There are also innovative opportunities for companies. National Grid routinely pays some £1 billion-worth of energy capacity market contracts. Most go to power plants that can ramp up output at very short notice. However, companies that can cut their electricity use quickly to help reduce overall demand can also qualify.

This winter, hundreds of Asda stores and distribution centres will help to balance out the UK’s power supply by using their fridges and air conditioning systems as a virtual battery pack. The supermarket chain has signed up for a trial in which its fridges can be called on at ten minutes notice if there is a sudden power source outage; industrial fridges are turned off routinely at least once a day as part of a standard defrost cycle.

The concept is that frozen products are not harmed if power is cut briefly during peak periods. Asda will in effect become a 13-megawatt power source with enough energy for circa 8,500 homes. The scheme will also give the grocery giant an extra green income stream.

Tesco is similarly trialling mini-power cuts to help balance the grid with the potential that it could create a 25MW to 50MW virtual battery. Every little helps.

The National Grid could become increasingly vulnerable to blackouts of the type that left 1.1 million people without power on 9 August 2019. The power industry is working with Ofgem on infrastructure and software changes designed to cope with the UK’s transition to the smart and renewable energy sources needed to achieve net-zero emissions by 2050.

But companies can take steps to protect themselves. These include installing on-site batteries, stand-by generators and joining regional energy resilience forums. Innovation is also seeing supermarkets like Asda and Tesco contracting to switch off their food freezers for brief periods to release more peak power to the grid.