The electric car has been rapidly developing over the past few years. Is it now feasible to deploy electric vehicles for a fleet? Dave Howell reports. 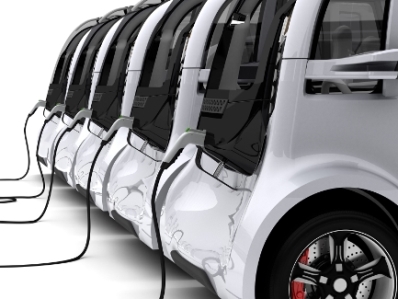 Protecting the environment has become a key driver for all environmental managers tasked with reducing their organisation’s emissions yet maintaining productivity.

Says CE Delft: “In the EU, nearly all heavy goods vehicles (HGVs), most light commercial vehicles (LCVs) and about half of all new passenger cars are purchased by companies or other fleet owners. These vehicles use a vast amount of fuel. Corporate fleets (company cars + HGVs + LCVs) in Europe spend nearly €200 billion on fuel every year.

“The Total Cost of Ownership (TCO) is about €600 billion per year. In all, the EU’s entire corporate fleet is responsible for approximately 45% of emissions from road transport and, therefore, 8% of total EU greenhouse gas (GHG) emissions.”

With improving technology and reducing costs, electric vehicles are now a viable option for fleet car managers. And the financial benefits are clear: the British Vehicle Rental and Leasing Association (BVRLA) calculates that electric vehicles can cost between 2p and 4p per mile in charging costs, when compared with between 10p and 14p per mile for an equivalent petrol vehicle — a saving of approximately 90% on fuel costs. It is not surprising then that the Society of Motor Manufacturers and Traders (SMMT) shows the number of registered low emission vehicles in the UK was up to 6.4% in 2014/2015.

Transport Minister Andrew Jones said: “Soaring demand across the UK shows that more and more people view ultra low emission vehicles as the right choice for them. Plug-in cars are green, cheap to run and benefit both families and businesses.”

A report by the Transport Research Laboratory (TRL) also showed that if businesses replaced just 10% of their fleet vehicles with electric models, they could save £350,000 on running costs and reduce their CO2 emissions by 5%.

The public sector is leading the way with central government announcing last year the £5 million ultra low emission vehicle (ULEV) readiness project. It will allow every central government fleet to review its arrangements and consider how greener vehicles can be used.

Over 150 plug-in vehicles will be added to government fleets in the first wave of the scheme. This is in addition to the Go Ultra Low scheme that has sign up from many of the leading electric and hybrid vehicle manufacturers. Clearly, the aim is to convince the general public and businesses alike that electric vehicles can be recharged as easily as a mobile phone.

Hetal Shah, head of the Go Ultra Low campaign said: “Ultra low emission commercial vehicles make so much sense for operators, large and small, particularly when you consider the massive fuel savings on offer and the opportunity to write off the cost of the vehicle. Add to the mix lower maintenance fees and tax rates, plus the potential for reduced whole life running costs and they really do make a compelling option.”

Already, businesses like British Gas and Center Parcs are embracing electric vehicles and enjoying real cost savings. With central London to become the world’s first Ultra Low Emission Zone by 2020, businesses managing vehicle fleets need to take this move into account, as it will surely become the template for other major cities to follow suit.

Patrick Gallagher, CEO of CitySprint said: “For too long the Government has sought to implement change through fines and penalties on emissions without fostering an alternative. We would like to see national authorities actively broker partnerships between fleet owners and car manufacturers to trial models, and local authorities commit to a realistic investment in charging points. Local authorities could also consider offering electricity to charge vehicles for free, as many in Scotland and the West of England are doing.”

There is little doubt that the future of fleet management is to further embrace ULEVs. Concerns over range and recharging infrastructure are being resolved. According to John Webb, principal consultant in Fleet Consultancy at Lex Autolease, “Buyers must identify electric vehicle models that are suitable for the range of needs across their business.”

“This is especially true of those companies in the facilities management industry, which often depend on small vans with the ability to carry loads and with space for racking and kit for the transportation of equipment and for use as mobile workshops. The relative lack of maturity and choice in the electric van market, compared with traditionally fuelled vehicles, and subsequent narrower choice of vehicle specification presents challenges.”

How should facilities and environmental managers approach their use of ULEVs? Webb continued: “We would always begin by recommending an in-depth analysis of vehicle usage and the type of journeys a fleet makes. A thorough understanding of a business’s requirements will enable a fleet manager to decide whether a switch to electric vehicles is the right move.”

“For example, companies with a drive cycle, which is high in volume but short in distance may find electric vehicle technology suits them perfectly. Undertaking a whole life cost analysis, and factoring in any future changes to government incentives or tax levels, is also crucial to ensuring schemes are viable in the long term.”

CitySprint’s Patrick Gallagher concluded: “We are at an inflection point in electric vehicle usage. There is massive popular support for the wholesale use of electric vehicles, but making this a reality will require a considerable commitment from national and local government, as well as from private sector manufacturers. The logistics industry will need to embrace and champion this change, but also demand a commitment from all stakeholders. If we collaborate across the public and private sector, then we can all share credit for reducing our carbon footprint while making our air cleaner too.”

The use of ULEVs within fleets will rapidly expand. Traditional concerns regarding range, battery depletion and recharging infrastructure are being addressed. Developing an action plan now will ensure environmental managers who are approaching their vehicle replacement cycle properly assess how ULEVs can benefit their organisations.