In this article, Paul Clarke examines if Friends of the Earth is accurate when it says the stronger commitments made in the European Commission’s new Plastics Strategy outweighs to an embarrassing degree the UK’s “target-lite, regulation-free, lacklustre approach” to getting rid of plastic waste by 2042. 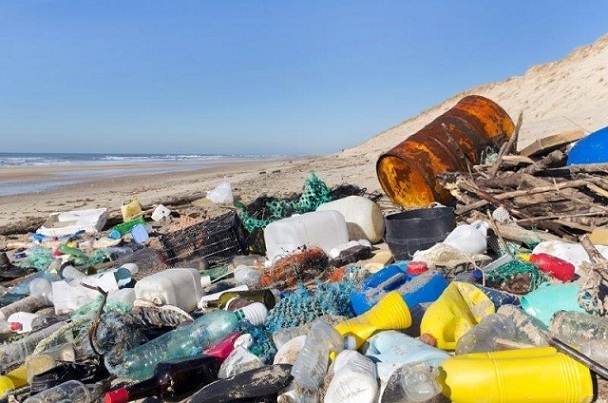 After a year dominated by Brexit, Prime Minister Theresa May must have been relieved in the early weeks of 2018 to turn to a less contentious subject when she announced her Government’s plans for environmental improvement over the next 25 years. Addressing an audience newly sensitised to the dangers of plastic pollution by David Attenborough’s Blue Planet II series, she surely would have felt on safe ground when she set out her plans to extend the 5p charge for plastic carrier bags to all retailers in England and to encourage supermarkets to have plastic-free aisles.

How ironic, then, that Europe immediately re-entered the picture as, within a week of Mrs May’s pronouncements, the European Commission came up with its own plans to tackle plastic waste. And these, according to a leading green campaigning group, easily “outstripped the UK Government’s lofty but detail-free 25-Year Environment Plan”. In fact, referring to plans by McDonalds to tackle the impact of its packaging over the next year, Friends of the Earth waste campaigner Julian Kirby said: “Theresa May is in danger of being out-greened by Ronald McDonald.” So what is Europe offering that has left the UK in the shade?

The Commission has issued two detailed documents. The first, A European Strategy for Plastics in a Circular Economy can be found at eur-lex.europa.eu and starts from the premise that the way plastics are currently produced, used and discarded fails to capture the economic benefits of a more circular approach and harms the environment. It refers back to the EU Action Plan for a circular economy, presented in December 2015, which promised a strategy addressing the challenges posed by plastics throughout the value chain and taking into account their entire life cycle. Under the latest plans, all plastic packaging on the EU market will be recyclable by 2030, the consumption of single-use plastics will be reduced and the intentional use of microplastics will be restricted. The Commission will also develop labels for biodegradable and compostable plastics and propose new rules on packaging to improve the recyclability of plastics used on the market and increase the demand for recycled plastic content.

The second document sets out a long list of specific actions which include:

As can be seen from the dates mentioned in the section above, the Commission is working to a tighter schedule than the UK Government and with more clearly defined aims. It expects to take only half the 25 years that Mrs May has talked about to come up with a much more clearly defined group of objectives. By 2030, all plastic packaging should be designed to be recyclable or reusable, the EU plan argues. To achieve this, the Commission will work on a revision of the legislative requirements for placing packaging on the market focusing on the concept of design for recyclability. Its goal is to decrease the quantity of waste generated and to avoid these materials ending up as litter, being burned or sent to landfill. It will also tackle the issue of over packaging.

Only 5% of the value of plastic packaging material is retained in the economy, the rest is lost after a very limited first use. The annual bill for this short-sighted approach comes to as much as €109 billion. The Commission believes that one of the main reasons for the low use of recycled plastics is the misgivings of many product brands and manufacturers, who fear that recycled plastics will not meet their needs for a reliable, high-volume supply of materials with constant quality specifications. The European Committee for Standardisation will therefore be asked to liaise with the industry to develop recognised quality standards for sorted plastic waste and recycled plastics.

With a target of seeing 10 million tonnes of recycled plastics in new products by 2025, the Commission will work with packaging producers to help them be more sustainable and circular through, for example, more efficient Extended Producer Responsibility schemes. An additional €100 million will be put into the EU’s main R&D support programme, Horizon 2020, to finance priority actions under the plastics strategy. This will be used to help develop smarter and more recyclable plastics materials, making recycling processes more efficient, and tracing and removing hazardous substances and contaminants from recycled plastics. The Commission is already working on the outline of funding for future research in this area under the programme which will replace Horizon 2020 under the EU’s next seven-year funding cycle.

New rules on packaging will aim to improve the recyclability of plastics and increase the demand for recycled plastics. This will save around €100 per tonne collected and help deliver greater added value for a more competitive, resilient plastics industry, the Commission has suggested. Around 26 million tonnes of plastic waste are generated in Europe every year but less than 30% of such waste is collected for recycling. Of this amount, a significant share leaves the EU to be treated in other countries, although China, for example, is already clamping down on the amount of foreign waste being imported for treatment. With this avenue being closed down, the figure of 70% of plastic waste that is put into European landfills or incinerated can only grow. And that, the Commission has made clear, would be a wasted economic opportunity as well as a potential environmental disaster

As Frans Timmermans, the EU Commissioner responsible for sustainable development, said: “If we don’t change the way we produce and use plastics, there will be more plastics than fish in our oceans by 2050.” While every year, Europeans generate 25 million tonnes of plastic waste, less than 30% is collected for recycling which goes some way towards explaining why, across the world, plastics make up 85% of beach litter. As the strategy makes clear, it is therefore time to transform the way products are designed, produced, used, and recycled in the EU.

To this end, the Commission will present a legislative proposal on single-use plastics later in 2018. At the moment, it is running a public consultation on reducing marine litter through action on single-use plastics and fishing gear. This can be found at ec.europa.eu and is open for comments until 12 February 2018. The Commission has said that the feedback it receives will contribute to developing its knowledge based in this area and guiding its future proposals.

With regard to the reduction of waste from ships, as mentioned in the list of future actions above, a draft proposal has already been issued for legislation to come into force by 31 December 2020. This recognises that discharges of waste from ships pose an increasing threat to the marine environment, with costly environmental and economic consequences and potentially devastating effects on marine ecosystems. Reasons for the occurrence of illegal discharges at sea can be found both on the ships themselves, in particular, bad on-board waste management practices, as well as on shore, due to a lack of adequate facilities in ports to receive waste from ships. The proposed directive will require the Member States to do more to assist the safe removal of waste from ships in their territorial waters.

Plans are also in place to revise the Packaging and Packaging Waste Directive (94/62/EC as most recently updated by Directive 2015/720/EU on the use of plastic carrier bags) and to prepare guidelines on separate collection and sorting of waste to be issued in 2019.

The Commission has issued a series of factsheets which aim to get the message across to the widest possible number of people that incorporating plastics into the circular economy is not just economically beneficial but environmentally vital. These can all be accessed at ec.europa.eu and include:

The seriousness of the EU approach is perhaps best summed up in another quote from Mr Timmermans: “We can’t live without plastics, but we can be killed by them if we don’t change our policies.”